Riverdale S01E08 Review: The Outsiders – It’s just nice to have the gang back.

Finally, after March has finished descending into its madness, we were treated to a different kind of madness with the return of Riverdale this week. When we last left the gang, the prodigal Polly had returned and everything seemed to be onward and upward. But you know nothing gold can stay in a town like Riverdale.

This week’s excuse to get a bunch of characters in one place is Polly’s baby shower. But before we get to that glow-in-the-dark disaster, we need to check in at Andrews Construction. As you might recall, they won the bid for doing whatever it is they’re doing on the grounds of the former drive-in. Everything’s off to a great start until the work crew tells Fred that they’re going to have to quit. It seems that they’ve been offered a higher rate and a long-term gig by Cliff Blossom. I can fathom any reason why the Blossoms would want to disrupt this work, but they’re amazing oddballs, so I look forward to finding out. 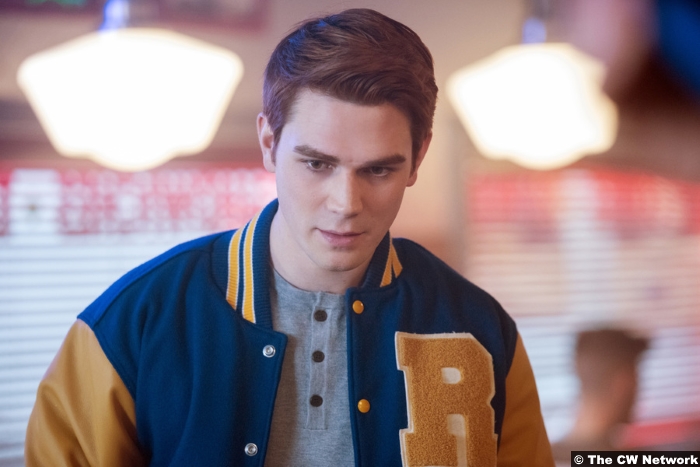 Without a crew, of course, Fred’s going to face expensive delays. He finally confesses to Archie that’s things aren’t going well with the business already, so they literally can’t afford this. That’s when Archie gets together his own crew, including Jughead, Kevin, and Moose to do the work. And that seems to solve the problem until one night when Moose forgets his phone on the site. He returns just in time to find two ruffians messing about, trying to destroy equipment. They beat up Moose when he tries to stop them and it’s clear at this point that someone really doesn’t want the work to continue. Is it Blossom or is it someone a little more slithery?

Pursuing the latter by showing up at the South Side Serpents’ den and picking a fight may seem like a dumb move, but…ladies and gentlemen, Archie Andrews. The fight is broken up by FP, and somehow it comes as a surprise to Archie et al that FP is a Serpent. He gets angry at Jughead about it, but a) it’s not Jughead’s fault his dad is a gangster and b) they’ll get over it.

Meanwhile, other sparks are flying at the baby shower. Both Alice and the lady Blossoms have been invited. In the theme of this episode, it goes well until it doesn’t. Alice and Polly have some good moments together. Polly tells her that Hal pressured her to terminate her pregnancy, a fact it is clear Alice was unaware of. Then Alice and Penelope end up erupting into an argument, as Penelope still wants Polly to move in and Alice wants nothing to do with the Blossoms. She’ll play nice for the sake of the shower, but that’s as far as she will go. 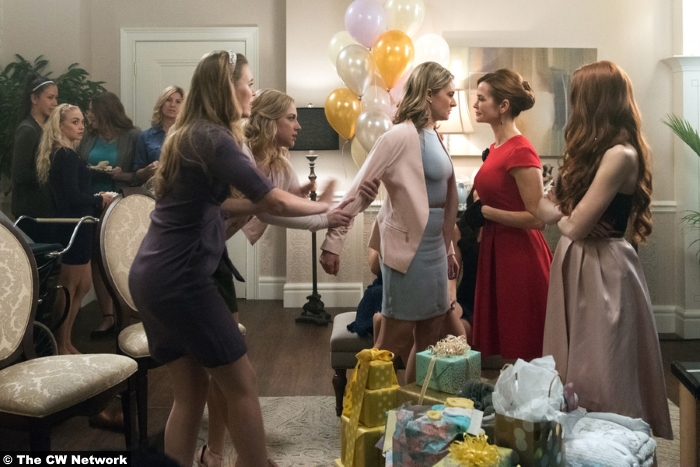 Upon her return home, she’s still not interested in playing nice, as she confronts Hal about his pressuring Polly. He will not back down and neither will Alice, who ends up throwing him out so Polly will come home. However, when Polly does change her living situation, she makes the move to the Blossoms’ manse. Baby, what are you doing?

By the way, some interesting things get said during the Coopers’ fight, including that Hal “did to Polly exactly what [he] did to Alice” and that Hal should know what Alice is capable of. I’m going to need some more details on both, ma’am.

Of course, this all happens after Polly tells us (and Sheriff Keller) that the drugs in Jason’s car were part of a sale Jason was carrying out on behalf of the Serpents. He was no kingpin—he was doing a one-time trip so he could get some extra cash for his and Polly’s new life. 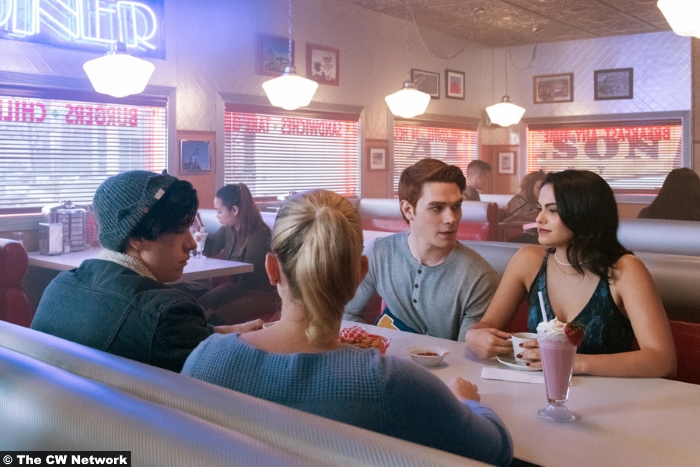 Betty, who now also knows that FP is the head Serpent thanks to boy genius Archie Andrews busting into the shower to confront Juggy, goes to question her boyfriend’s dad about the deal with Jason. He admits to the drug deal, but vehemently denies having anything to do with Jason’s death. That might be true, but why does he later give Jason’s letterman jacket to Serpent Joaquin for safekeeping, calling it “our insurance”?

I don’t know the answer to that yet, but FP is still trying to work his way back into someone’s good graces, as he assembles a crew to do the construction work. They are all Serpents and obviously ain’t afraid of two little thugs. As for those thugs, they were not sent by Cliff. First of all, Cliff does admit to buying off the first crew, because he wants the land for himself. “We founded our maple empire on it,” he says, and I float up into the stars on a beautiful maple-scented cloud. Then, FP tells Hermione that the thugs were from Montreal, implying that they were sent by Hiram. Why he would want to destroy his own business venture?

8/10 – No jaw-dropping plot developments happened tonight, but the story did develop and it’s just nice to have the gang back.