As if they knew what we as a beleaguered nation needed—especially after this week’s brutal The Walking Dead—Riverdale came in hot with a maple-heavy episode. We are all truly blessed.

It seems that it is time for the annual Blossom Maple company’s tapping ceremony. It’s pretty self-explanatory, but basically the family and their shareholders [read: MORE BLOSSOMS] gather around a maple tree and then they tap it. It’s the beginning of maple syrup season! I could not be happier.

In recent years, this has been Jason’s responsibility, but obviously that’s not an option this year. The shareholders are not just arriving this year—they’re descending like vultures, as they believe Jason’s death leaves a hole in the future power of Blossom Maple. 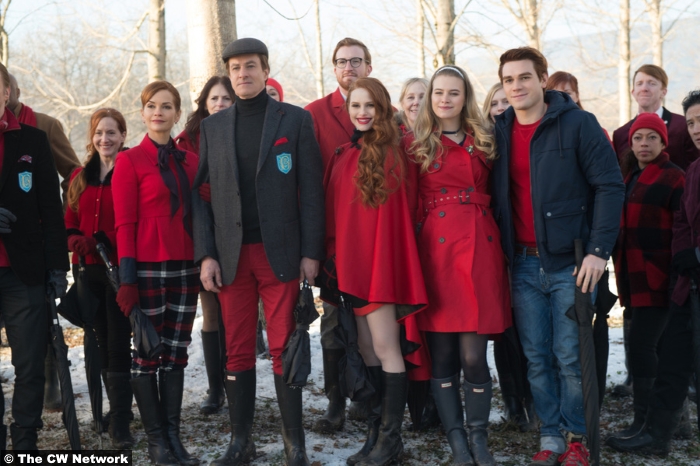 Cheryl asks Archie to be her escort to the ceremony, but at first he begs off because he’s still seeing Valerie. Penelope then steps up to lay it on thick for Archie. She mentions a relative who’s a board member at the show’s version of Berklee School of Music, which of course, entices Archie. She also mentions how kind Archie was in returning Jason’s jersey to her. I don’t believe that Penelope has a benevolent bone in her body, so I’m immediately suspicious.

Valerie is initially cool with Archie’s going to the ceremony, so that’s a done deal. Cheryl taps the tree and everyone shows as much enthusiasm as they can Blossomly allow. So…not much.

The Blossoms are not a family that does anything by half-measures, as I hope you’ve figured out by now or by Cheryl’s wardrobe. (Love that spider broach!) As soon as they get one tiny thorn into Archie, they try to hook him with the whole bush. For the love of little maple trees, they’ve got the boy, one of the most famous gingers of all time, in a red suit!

It seems that while Cliff Blossom is okayish with Cheryl taking over the company some day, he and the extended Blossoms would really prefer if she were guided by a manly hand. That’s gross, obviously, but also hilarious that their choice for her is Archie. Teen Einstein Archie Andrews would probably obliviously go along with this plan for an embarrassingly long time, except that Cheryl tries to kiss him. He rejects the whole idea of it, which…you’ve met Cheryl. She doesn’t take that kind of thing well.

If Archie’s week with the Blossoms does have one good part, it’s that he’s able to talk with Polly, who hasn’t been answering Betty’s messages. It turns out that she did have her reasons for going to the Blossom side. She believes that they were responsible for Jason’s death, so she moved in with him to gather info. By the way, last week at the shower, Grandma Blossom used an old trick to predict that Polly was having twins and it turns out, she’s right.

In addition, Archie overhears that it was Cliff who got Hiram sent to prison, which seems like the kind of the thing that Hiram would want revenge for. Move him to the murder board! 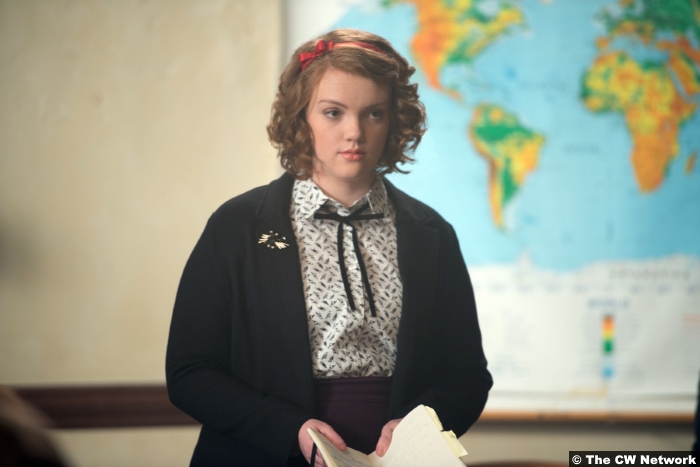 Our B-plot this week is B for Barb. Ethel returns to recite a disturbing poem in class, which leads Veronica to try and figure out what’s behind it. It seems that Ethel’s parents are fighting a lot lately. To cheer her up, Veronica invites her over for lunch, where she addresses her by her full name as we all obviously do with our friends all the time. But as soon as she says “Muggs,” Hermione’s eyes widen. You see, Ethel’s parents are fighting because Mr. Muggs was a victim of Hiram Lodge’s Madoffian schemes. And if that isn’t bad enough, Mr. Muggs will be testifying against Hiram.

And if that isn’t enough, Mr. Muggs then tries to commit suicide. Veronica, with Betty in tow, visits the hospital. When she introduces herself as Veronica Lodge, Mrs. Muggs is incensed. Ethel seems to be learning Veronica’s last name for the first time, too, which is just weird. She rejects Veronica’s friendship. Poor Veronica. 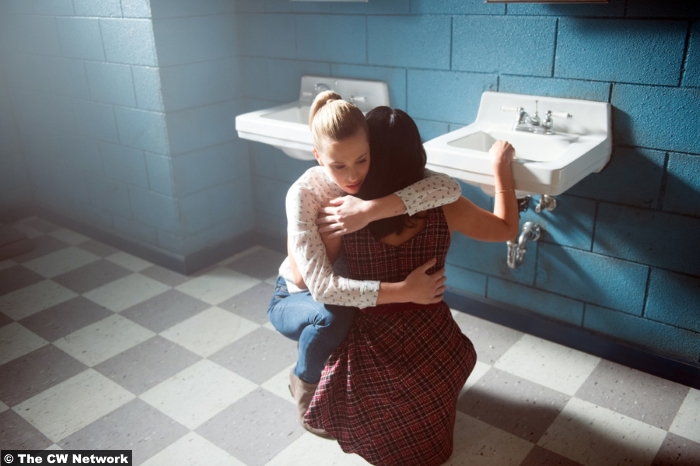 Hermione also tries to be a better person this week, finally confessing to Fred that she and Hiram own the drive-in land. Fred is understandably furious, but he’s also tired of being taken advantage of by the Lodges and Blossoms of the world. Before breaking up with Hermione, he demands 20% of the profit from the land and gets it. Score one tiny little win for the Andrews men.

Oh, but not so fast, because after a week of whatever the hell that was with the Blossoms, Valerie’s patience is up. Archie’s “I have a girlfriend” defense is no longer true.

Also having relationship troubles this week are the Coopers. Hal fires Alice from the newspaper. Breaking: She doesn’t take it well. Or maybe she does, if you consider throwing a rock through the office’s window taking it well. Jughead invites her to come work for the high school’s paper. She scoffs at this at first, but then takes them up on it, because they have a better budget than her husband’s rag. Sure, why not?

8.5/10 – This is another week of just good, serviceable Riverdale, but I’m awarding them a full half point extra for making my maple dreams come true.