Riverdale S01E11 Review: To Riverdale and Back Again – Let us never discuss the wig room again.

After a break last week for some reason, Riverdale is coming home with a homecoming-themed episode. (Again, never doubt the prowess of the CW when it comes to writing a weekly reason for the cast to gather in one spot.) It ends with an arrest for the murder of Jason Blossom and the accused murderer almost certainly did not do it. Unless he did.

Before that, though, we have a dance to plan! I’m exhausted already, so I don’t know how Betty does it. But does it, she…does. She already has a lot on her plate, what with everything else she does, not to mention her mom wanting to investigate FP for Jason’s murder. Betty is most definitely not into that, but Veronica is. Her dad may be getting out of jail in a few months, so she wants to know the truth about his possible involvement. 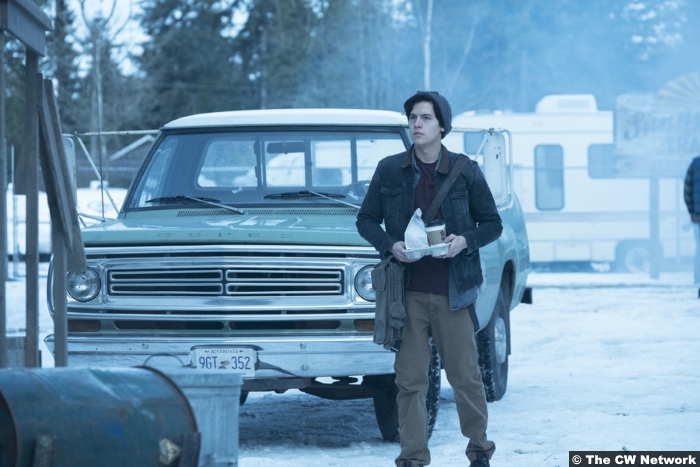 She, however, does not want to discuss with Archie the night they spent together, but she will sing with him at the dance. Betty and the rest of the gang are not as jazzed about the idea, because his songs are kind of a bummer. Veronica promises they’ll cover something upbeat, though. Really, she just wants to enlist Archie into the FP investigation. He’s not interested, until Jughead reveals that his dad has read the untitled manuscript Juggy’s been working on that’s all about Jason’s murder and what it’s done to Riverdale. FP is doing a lot better, so Jughead’s thinking about moving back in with him. This worries Archie, so he runs straight to the Lodges’ apartment.

Meanwhile, Polly is snooping around the Blossoms’. She doesn’t discover anything murder-related, but she does catch Cliff in his wig room. It seems his hair is actually silver, so he keeps a selection of wigs on styrofoam heads in a special room, which is not creepy at all. Penelope admonishes Polly for snooping in the parents’ wing and then gives Polly her daily milkshake. Word of advice:  unless you’re trying to bulk up, someone giving you a daily milkshake is immediately suspect.

Cheryl intends to take Polly to the dance, so they can be co-homecoming queens. Jason and Polly should have been the king and queen, but since Jason is no longer with us, Cheryl is the next best thing. Polly suggests they raid Penelope’s jewelry, because she is not subtle. She is especially not subtle when they’re actually in the room. She’s just opening up drawers and not even pretending to be interested in the jewelry. That is, until they find the engagement ring Jason was going to give her. He was taking it with him when he left to elope with Polly, so what is it doing back at home?

According to Penelope, Jason ended up throwing it back at them because he didn’t want to be a Blossom anymore. Sure, Jan. Then she gives Polly another milkshake and she is out like a rock, because surprise, surprise—the milkshake was drugged. Cheryl tells her parents that she flushed the ring and it is such a blatant lie that I can’t believe they fall for it. It is no shock later, when she has the ring in her hand and that ring is definitely coming back. Cliff is very proud of her, though, for her initiative. She’s the maple empire-upholding son he always wanted Jason to be.

Back at the Coopers’, Alice has invited Jughead and FP over for dinner before the dance. And speaking of blatant lies, her attempts to ferret out info from FP regarding Jason’s murder are just as obvious as the whopper Cheryl told. Before things can get too crazy, though, they get crazier, because Hal shows up. FP takes a moment to reminisce about their own homecoming dance, where he saw Hal and Alice arguing about something. Speaking of something, these two have been up to it for a long time. But we’ll put a pin in that for the moment. 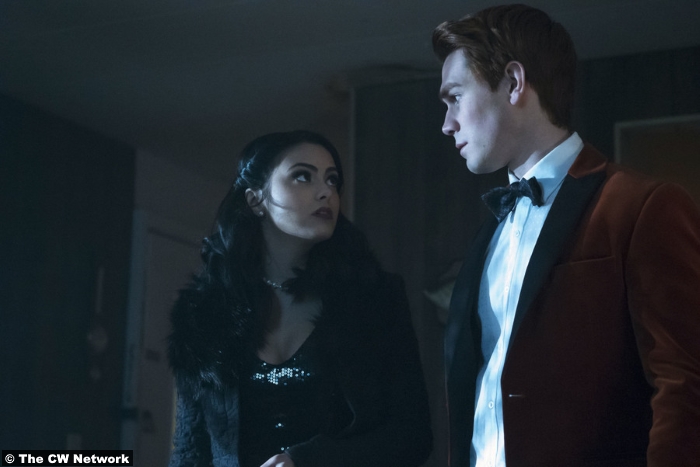 The real reason for the dinner is so that Archie and Veronica can take the opportunity to search FP’s trailer while he’s out. They don’t find anything incriminating. FP, meanwhile, takes Jughead and Betty to the dance. Before Juggy gets out, his dad brings up the idea of their both moving to Ohio to reunite to mom and Jellybean. Jughead brushes the idea off, but it looks a lot better once he finds out about the investigation into his dad. He’s mad at Veronica and Archie sure, but he’s also mad at Betty, because she knew about her mom’s plans and didn’t tell him. 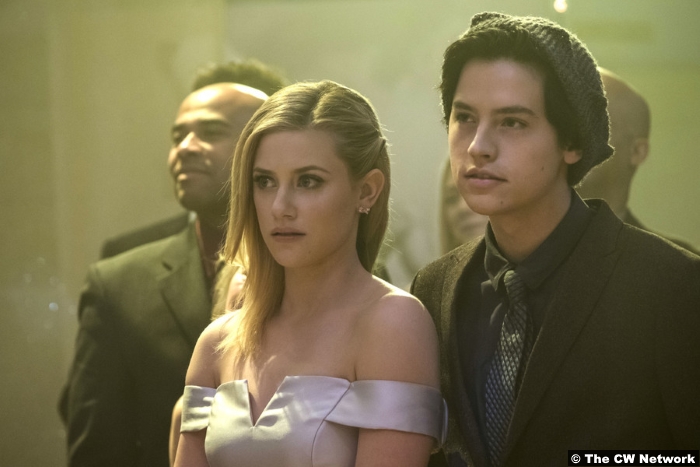 Before any of them can do anything else, though, they find out that FP’s been arrested for the murder. It seems they found the sheriff’s found a gun in a lockbox in his trailer. This is a big surprise to Archie and Veronica, since they searched the trailer earlier and that gun wasn’t there. So FP’s being framed and there about as many suspects for that as there are for Jason’s murder. So who tipped off the fuzz to search FP’s trailer to begin with? Alice says it wasn’t her, but that gun sure does look the gun Betty took from Miss Grundy’s car. You know, the gun Alice took from her.

9/10 – As next week is the penultimate episode of the season, things are really starting to heat up. There’s so much going on that I couldn’t even get to some of it, like how Mary Andrews knows about Hermione and Fred (she doesn’t care) or how she wants Archie to move to Chicago with her because Riverdale isn’t safe, unlike the peaceful utopia of Chicago. It’s all very exciting now and I love every minute, except for when they made me see the wig room.