About a year and a half ago, I read something about a possible gritty modern reboot of Little Women and I laughed and laughed. Maybe it will turn out to be good, but the concept seems faintly ridiculous.

I had the same feeling the first time I watched a trailer for Riverdale. First of all, yes, that’s Riverdale as in the Archie comics. Second of all, that trailer. For those of us who grew up reading the comics, there is really not a word to describe the feeling you have when you realize, for example, that this Archie has an affair with Ms. Grundy. Well, that’s not exactly true. It’s more accurate to say that you have all the emotions at once: confusion through shock and finally circling into a kind of wild-eyed giddiness. I wrote at the time, “Is this ridiculous? Yes. Will I watch it? Also yes.”

And now the show is finally here and you know what? It’s not that ridiculous in practice. In fact, it so perfectly hits those CW teen soap beats that you forget that oh yeah, this is Archie Andrews. 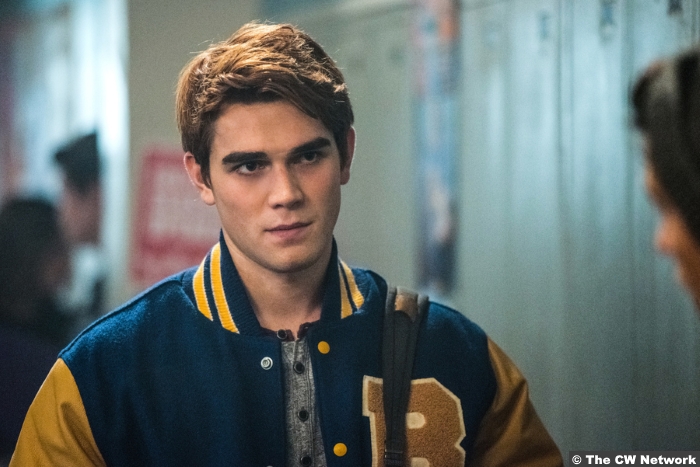 It begins with a mysterious disappearance of one Jason Blossom. He and sister Cheryl (Madelaine Petsch) went out for an intimate sibling river cruise (???) and only Cheryl came back. She returns with a dubious story about Jason falling out of the boat, but we’ll find out his true fate by the end of the episode. [So yeah, here be spoilers.]

All we learn about Jason, besides his Lannister-y relationship with his twin, is that he dated Betty Cooper’s older sister and it ended poorly, to say the least.

As for Betty (Lili Reinhart), well, Betty versus Veronica is one of the tropes upon which the books have been built, but we don’t see that kind of competition so far, which is refreshing. Betty is about two steps away from a nervous fit, so that’s not great, but she’s maintaining. Veronica (Camila Mendes) is new in town, having moved with mom Hermione (Marisol Nichols) after her dad and his business criminally imploded. She takes to Betty right away and although she ends up kissing Betty’s crush Archie at a party, it’s not done out of maliciousness. 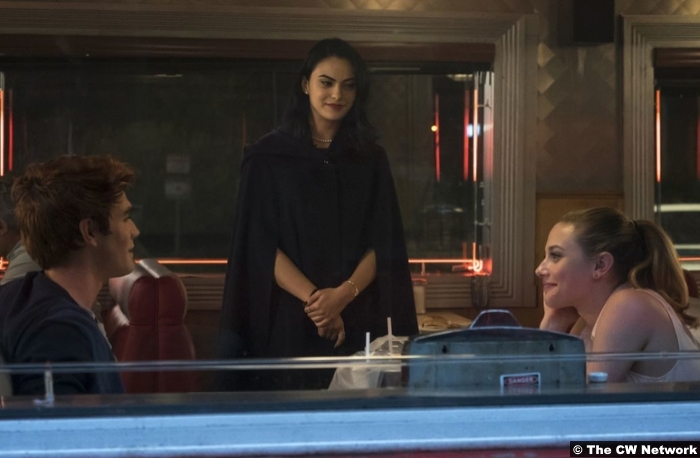 So much about the show feels familiar, beyond the fact that you probably know these characters already. And I don’t just mean the teen Twin Peaks aspect of it, although that looms large, with a dead body found by water, the retro feel of Pop’s burger joint, and a town filled with secrets. If that’s not enough, they’ve also cast Peaks’s Mädchen Amick as Betty’s mom, the unfortunately named Alice Cooper.

But what you might be most reminded of is another CW show about teens living in a town on the water. You’ve got the girl pining over the boy next door, the hot new girl from New York, and even a student-teacher romance. Well, I love(d) Dawson’s Creek, but I can tell you with happiness that young Archie is not nearly as insufferable as Dawson Leery. [#TEAMPACEY 5EVER!] He’s not perfect, but he’s a teenager. It’s when you’re supposed to make dumb mistakes.

On that note, adults should know better, though, Ms. Grundy. Archie is what, 16? Gross. And their situation has already turned into a bigger can of worms, because they just happened to be parked by the river while the Blossoms were on their little trip. (What is this, inappropriate relationship day at the river?) That’s where they heard what Ms. Grundy insists feebly were fireworks. They were not fireworks and we know this because that’s Jason’s dead body found in the river with a bullet hole in his forehead. Something’s rotten in Riverdale. 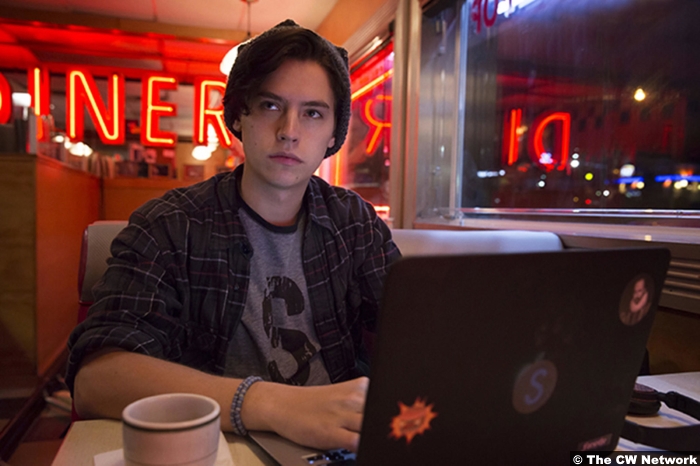 One person who seems to have realized this already is Jughead (Cole Sprouse), whose narration of his noir novel about the town frames the episode. He and Archie aren’t friends now, by the way. Some mysterious rift has separated them. I’m sure we’ll find out soon enough what that was, along with the details on just who exactly shot Jason. And I’m delighted to find out.

8/10 – This show wasn’t a home run–the dialogue can be a bit too precious and pretentious to sound believable coming from teenagers, but then again, this is the CW. However, they managed to turn the Archie comics into a highly watchable neo-noir teenage soap and that’s no small feat. Plus it’s just fun to spot all the characters you know, like Josie and the Pussycats, Moose, Reggie, Mr. Weatherbee, etc.

[Apologies for the lateness of this review; there were technical difficulties with viewing the episode.]