I was very excited when they announced they were doing a Mr. Mercedes series, because the trilogy is probably my favorite thing young upstart Stephen King has ever done. I enjoy a lot of his earlier work, of course, but my point is, he’s *still* producing great work. Anyway, although I’ve been excited, the series has been unfortunately marred by tragedy and I would be remiss if I didn’t mention it. Anton Yelchin was originally cast in the show, but of course, his untimely death–in a car accident, no less–prevented his participation. Then the events of last weekend, after the premiere of the show last week, made the show a little too real.* Thankfully, in real life, we already have a face and a name to put to the horrible presence behind the wheel in Charlottesville. The people of Bridgton, Ohio haven’t had that luxury yet. 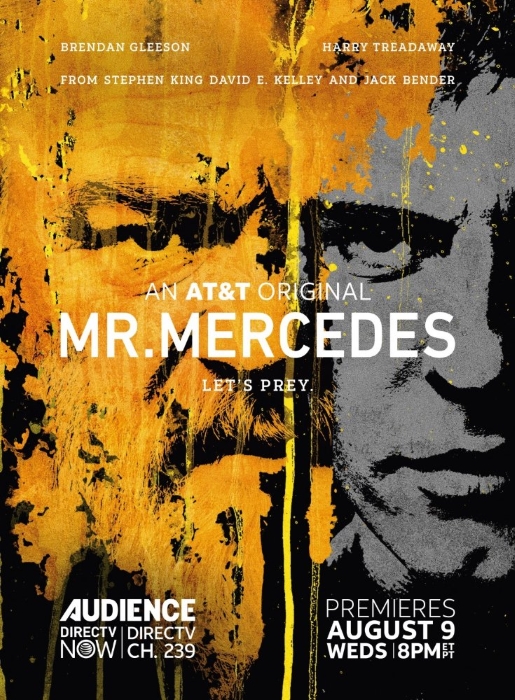 You see, back in 2009, when the United States was still feeling the effects of the Great Recession, a bunch of people in Bridgton gathered hours before dawn for a job fair. A lot of people showed up. So many, in fact, that the city had to corral them with retractable barriers, like at an amusement park. These people are down on their luck. And it’s about to get worse.

Without warning, a menace in a clown mask plows a Mercedes through the crowd. Because they’re corralled, it’s hard for them to get out of the way. It lasts only a few seconds, but the end result is that 8 people are dead and others are seriously injured.

We pick up on the story 2 years later, when the case is still unsolved and the lead detective, Bill Hodges (Brendan Gleeson), is retired. Does he think about the Mercedes Massacre still? He does, at least according to the reaction from the guard at the police garage when he shows up to examine the titular death machine again. More than anything, though, he seems to have gotten into a fairly typical post-retirement rut. He has lunch with one of his former coworkers, he has dinners with his saucy neighbor Ida (Holland Taylor), and he yells at the kids who hit balls into his yard. And that’s about it. And that’s about all it might ever be until the end of his life, but then one day, he gets an email. 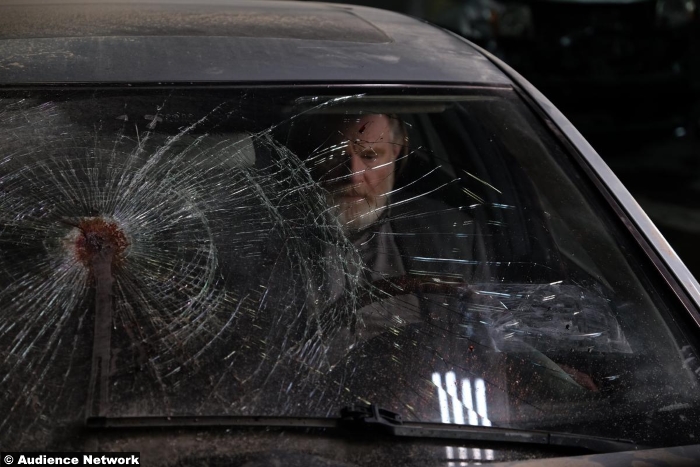 The tone of the email is taunting. He can’t know for sure that it’s from the Mercedes killer, but we do. We also know who that killer is: Brady Hartsfield (Harry Treadaway). He’s the kind of guy that most people would walk past without even a second thought. He reads as non-threatening and face to face, he is. He had to do his dirtiest work in a mask, after all. In his day to day, he’s one of the “Brain Buds” at a store that is like Best Buy, but isn’t, because Best Buy exists in this world. He and his coworker Lou (Breeda Wool) are condescended to on a regular basis by their manager Robi (Robert Stanton), who sees them as “waywards.”

Not that Brady’s home life is any better. He lives with his mother Deborah (Kelly Lynch), who spends most of her time curled up in a bottle, when she’s not making passes at her son. He spends his free time holed up in the basement, which is where he creates the emails and fake ads he’s using to taunt Bill. Brady’s also gotten a second job as an ice cream man, which enables him to hide in plain sight in Bill’s neighborhood. 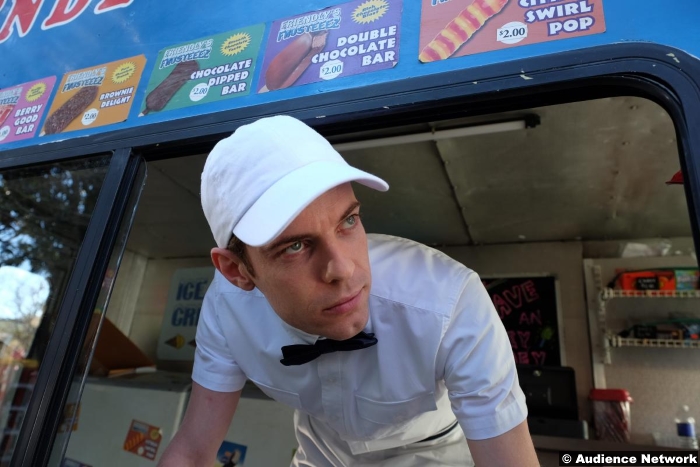 Also in Bill’s neighborhood is Jerome (Jharrel Jerome), a teenager who mows Bill’s lawn and is the first person he consults about the email. He’s not ready to tell the boy about the contents, but he needs his help when the email disappears after being read. Jerome will figure into the story in a big way later, but for now, all we get is this brief glimpse. I’m excited to see more.

That’s because while there’s nothing supernatural in this story yet–it’s a cat-and-mouse game that King began as a straight detective story–we already know enough from real life to know that the things regular men do can be just as scary.

8/10 – This is the second TV series this summer based on a Stephen King property–the first was, of course, The Mist–and with It coming next month, we’re really in a Stephen King renaissance. Fortunately, Mr. Mercedes is from David E. Kelly, who has created and produced many fine shows, including Big Little Lies for HBO earlier this year. What that means for this show is that it’s good. It’s a little slow to start and I’m still undecided on Gleeson’s casting–it’s not how I pictured Bill at all. For one thing, I pictured him as American. I’m willing to give him a chance, though, based on the overall quality of the show so far. And the quality to come–future episodes are written by novelists Dennis Lehane and A.M. Homes, which is a great pedigree for an already pretty great show.

[Mr. Mercedes airs on the Audience channel, which is exclusive to DirecTV and AT&T U-Verse subscribers. However, you can view the first episode for free now on this AT&T site and the second episode will also be available there on August 17th 2017.]

*For those of you who have read the trilogy or at least, the first book, and are thinking how closely the climax hews to another real-life event this year, the producers had already changed the storyline because of that real-life event.