Preacher S01E04: Monster Swamp – Everyone slows to a crawl on an uninspired Preacher.

Preacher is not a boring show, but by the lord God (or whatever your name is) it came pretty damn close this week. This is a problem that so many shows have, especially with shows that start off as huge and crazy as Preacher has. Last week we saw what happened after the dust settled in Annville, and this week we’re given more of the same.

The problem here is that after these two episodes the plot has only slightly moved forward. Jessie’s confrontation with Fiore and Deblanc has still to happen, Tulip’s plan for revenge has stopped dead without Jessie, and Cassidy spends most of the episode in some version of debauchery. There are good character beats here, but little else.

So let’s look at some of the episodes good qualities. It starts off well as we are introduced to some of Annville’s night-time pursuits. The red light from the hotel bathing everything in a sinful light, a spectral school bus- which in this show has some rough connotations, almost prowling the nightscape. We see a girl in her underwear being pursued by Quincannon’s men. It’s an eye-rolling trope segment until the mundane resolution comes. It’s actually an organised paintball fight, the girl, and others like her, are consensual participants in the meat workers game. That is until they girl being chased falls through a sink-hole to her death. The conventions of edgy dramas are getting the piss took out of them, that is until there is a human cost to all this horse paly. It is later revealed that the sink-hole may have been caused by the effect that Quincannon’s meat6 factory has on the town’s environment. His words of lazy “support” to his men: “No more horsing around”, and the women “be more careful”, give us our clearest view yet on how above it all Quincannon feels. It’s a strong episode for Jackie Earl-Haley, a great character actor, who’s clearly having fun playing the laconic, and superior meat mogul, a man who can piss in the mayor’s briefcase without fear of reprisal. His company keeps the lights on in Annville, which means he’s the perfect target for Jessie to attract more parishioners through this supposed pillar of the community. The scenes that Haley and Dominic Cooper share are easily the best of the episode. Two powerful men, holding back on each other, while also trying to gain the upper hand. In the end Jessie bribes Quincannon with the promise of his father’s land, the only useful land that Quincannon doesn’t own, if he comes to church on Sunday. 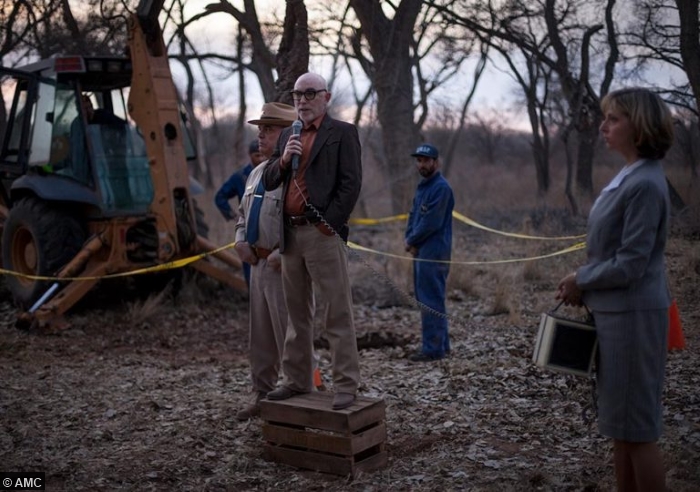 Jessie, who after last week’s pulling back from his darker nature, is feeling very proactive. He’s determined to get more people to church each week, bribing them with the chance to win a flat screen TV, and after using his Word on Quincannon, giving the people an example to get behind. If Jessie can save a man who is as irredeemable as Quincannon, the thinking is that he can save anyone. It’s good PR, I’ll give him that. Despite this noble quest Jessie keeps flashing back to his childhood working in the church with his father. Each time he gets closer to his goal he flashes back to a small act of rebellion when he was a child: smoking with young Tulip, which his dad whips him for, and stealing an ashtray when his father visits Quincannon, a man who his father says can’t be saved. Jessie is still fighting with himself: who he is, was, and wants to be. He thinks that with his new power he can not only redeem ~Annville, but himself as well. 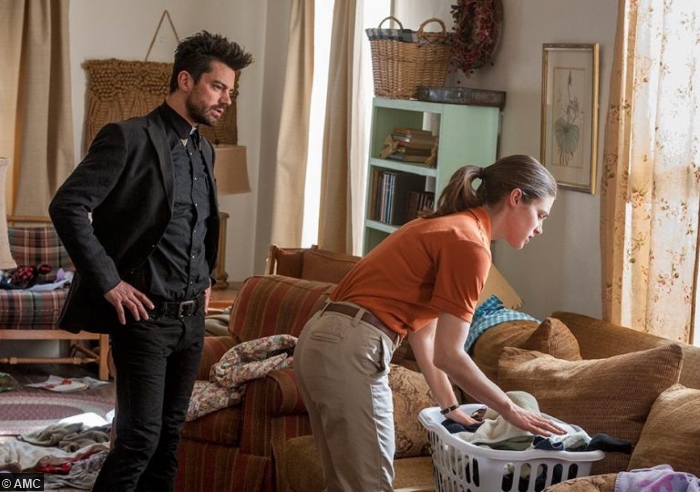 Then there is the rest of the episode, in which all the characters who make the show interesting aren’t making much headway. Cassidy is quite literally brushed off by Jessie when he informs him of last week’s heavenly encounter. To Jessie everything about angels, coffee cans, and chainsaws sounds like white noise with an Irish accent. He doesn’t take Cassidy seriously, and who could blame him, Cassidy is a bullshitter of the highest order. Something we see with his latest encounter with Fiore and Deblanc, who all but confirm their angelic origins. They seem to be Jessie’s main threat, yet they spend the episode getting scammed by Cassidy (which was cool), hiding out from their superiors, and sampling Annville’s fine cuisine, basically tied to their hotel room. As for Cassidy: he takes his ill-gotten money to the nearest drug dealer, and prostitute and has a merry old time… until Tulip throws him out a window. 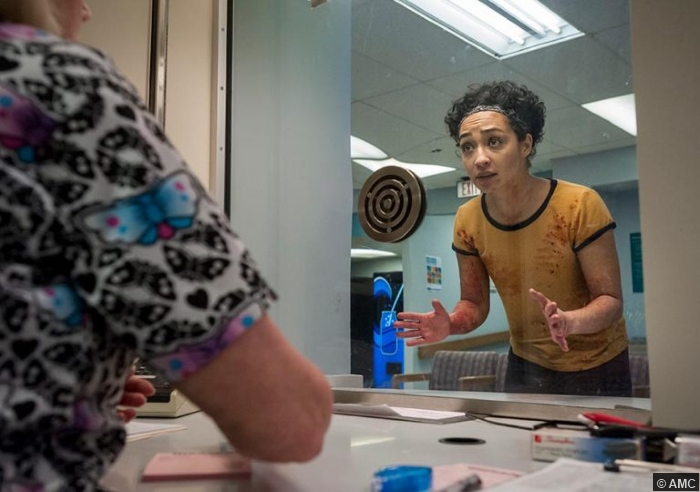 This is a great way for Tulip and Cassidy to finally meet, and Ruth Negga, and Joseph Gilgun bounce off each other admirably. It’s just a shame the episode served Tulip so poorly in order to get her to this meeting. Thinking that she’s the only one who wants justice for the girl’s death, she takes it upon herself to get a small taste of revenge on Quincannon’s men. Except it’s Cassidy she brutally maims instead. The show treats her as if she’s a fool with a dangerous temper which is insulting and lazy, and the payoff doesn’t make up for the shoddy treatment.

Preacher really needs to get its foot back on the accelerator soon, because if the show stays as middling as it’s been in the last two weeks people might start switching off.

6/10 Even the good parts couldn’t hide the fact that this episode barely moves forward. That road trip Cassidy was talking about is starting to sound like a great idea.