The penny has finally dropped in Annville: Jesse is defeated, Quincannon victorious, Eugene’s still in hell, and Annville seems to be suffering from low-level religious hysteria. Jesse has never been so hopeless, his church is lost, Genesis won’t part with him, and he’s pushed everyone who loves him away. It’s the darkest this first season has gotten, and it’s been a wild ride getting here. 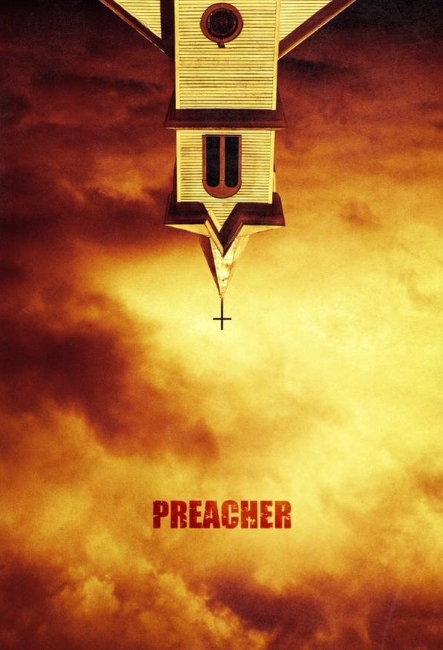 El Valero is a strange episode, not just because it’s half siege, half psychological break, well not just that. It’s weird because most of the show’s strengths, when it first started, are mostly absent. There’s no Cassidy, unless you count a shadow under a door, little of Tulip, no Cowboy, and very few ostentatious asides. Instead the show simplifies its story to a popular western trope: one man defending his land against an enemies with greater numbers and resources. Preacher has finally become the Jesse show. In typical Preacher style, a style that with each episode becomes even more distinctive, an episode that’s really a study of two opposing characters, has mental things like dicks getting shot off , and opens with a seemingly unrelated ski lift accident. Of course these characters are Jesse, and Odin Quincannon, so let’s start with Quincannon.

Preacher the show bears only a passing resemblance to the comic it was adapted from. There are some aspects to the comics that probably wouldn’t transfer well on screen, and Quincannon is one of them. In the comics he’s a meat baron with some curious sexual predilections and a Napoleon complex. He’s a villain to be laughed at. The show has been much cleverer with his character. For one, they cast Jackie Earle Haley, an actor who plays odd characters with a big dose of humanity. Secondly, they’ve toned down the farce to make him a genuine threat to Jesse and Annville. The episode begins with his entire family dying in a freak accident, (their costuming giving off eighties vibes, and their bodies being shipped back to Odin in packing crates. Grief-stricken, Odin tears his daughters body, and a cows, apart and comes to the realization that underneath his family is just meat. Nothing special, nothing spiritual, just meat. This is the Odin Quincannon Jesse saw as a boy, who his father told him couldn’t be saved. His humanity died along with his family, and his faith was reshaped so that he doesn’t serve an absent God, he serves the God of meat. Jesse thinks this is batshit crazy, but Odin fires back that serving a silent God can also be seen as crazy. These are two men driven to extremes of belief, and they both think they’re doing good. It’s only Jesse who can see the folly of that extreme belief, the danger. He can still save himself in a way that Odin can’t. Jesse recognises in Odin’s psychosis the truth of his father’s words, Odin can’t be saved.

But enough about Odin, this is the Jesse Custer show, and Dominic Cooper keeps outdoing himself each week. Since the show began Cooper has given us three distinctive Jesse Custer’s, disenchanted in the beginning, piously serene after Genesis, and manically desperate since he damned Eugene to hell. It’s been an amazing arc, one that has blown my previous worries that Jesse would be relegated to the boring main character bin away (like a well aimed dick shot), and promoted him to his rightful place as the show’s best character.

El Valero is Jesse’s best episode as he mixes his skill with violence with an existential mind journey with Eugene as his conscience, to show-stopping effect. Last week’s episode left Jesse hopeless, alone, and with Quincannon and his goons coming to take his fathers church. Unluckily for the goons he’s not giving them the church without a fight. The siege is a perfectly paced thing of beauty, the opening fight serving as the hilarious first act. Armed with just his wits, and some liquid courage, Jesse takes out the first wave of heavily armed goons in less than a minute. Running back with their tales between their legs Donny asks them if the preacher said anything. It turns out Jesse didn’t need to, yeah he’s that good, and in the word of John McClane “now I have a machine gun.” 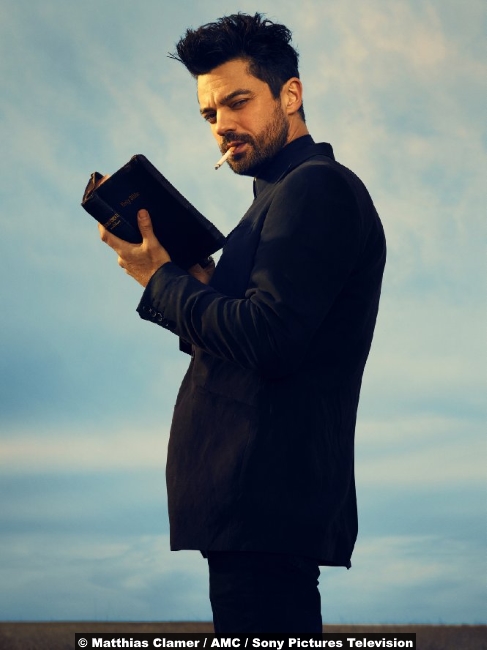 The continued assault on the church treats us to some of the show’s best crafted set pieces. Odin, whose hobby is building models of civil war battles, is in his element as the commander, and strategist. His daylight attack on the church gives us our first taste of Jesse the marksman, as he shots of the workers hard hats, the aforementioned dick, and in a crazy bit of trickery, disarming one man of his machete which flies into the shoulder of another. It’s breathless stuff, and taking into account that Jesse is drunk off his ass, all the more impressive.

Meanwhile in the church, Jesse thinks that he’s succeeded in getting Eugene out of hell, a place that’s crowded and not that far away. Unfortunately for Jesse, and all us Eugene fans, it’s just a trick of his stressed mind. Through his conversation with not Eugene Jesse finally agrees to give Genesis back. Through their government cover Fiore, and Deblanc are allowed to enter the church. In return for helping him get Eugene out of hell, Jesse agrees to give the angels Genesis. One nursery rhyme later (Jesus is this show bloody weird) Genesis is back in the coffee can, for about two minutes. It turns out Genesis quite likes Jesse, and by destroying the can is able to repossess him. It might be time for that other option the angels were talking about in Sundowner.

Jesse is back to square one, and through a clever bit of mutilation Donny finally takes him down, and Odin gets the church. El Valero represents a defeat that Jesse needed. He’s at his lowest ebb, being taken away in a police car driven by the man whose son he sent to hell, his friends pissed at him, and his father’s land lost. In Odin’s victory he mentions The Alamo, the great romanticisation of defeat. This isn’t Jesse’s Alamo, it’s his first step towards becoming one of the good guys.

9/10 Another stellar episode with the stage set for the final two chapters. Jesse says he’s going to bring God to Annville, and I wouldn’t bet against him.