So here we are with regular coverage of AMC’s Preacher. Those of you who’ve seen the pilot, like myself, may have thought you had a handle on this volatile new show. Yet right from the first second the show throws us a curve ball.

We begin with a sick little girl: her old fashion cloths and crudely stitched doll immediately suggest that we aren’t in the modern day. A man enters her room, a shadow silhouetted in light. He cuts an intimidating figure, yet the girl smiles at him. He’s her silent guardian, immovable while her mother sings her an old European lullaby. He’s surrounded by people that love him, that he has a fierce devotion too, so why do we feel so uneasy in his presence? 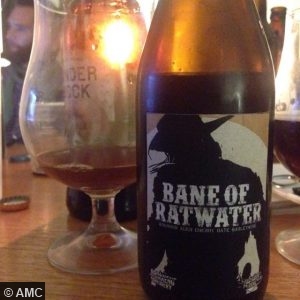 The direction, from pilot directors Seth Rogen, and Evan Goldberg, is sumptuous: using images and very little dialogue to introduce us to this man. He sets out for medicine, his small figure on the Great Plains as a storm comes to meet him. He comes across a settlement of people trying to stake their own claim before there’s no more land. They think that America is paradise, the man almost sneers “It ain’t”. As if to prove his point we next see him riding next to a tree full of Indians who have been scalped and hung. This opening section is used as a short hand for the rest of the episode. America can be both paradise, and purgatory, just like a man’s nature.

“See” places us back in Annville with Jessie determined to be one of the good guys for his town. He baptises the locals, including Eugene Root who’s just so god-damned lovable, and asks his congregation for suggestions to make the church better. His beat-down of the abusive husband in the pilot is a mere blip in his quest for personal salvation. Jessie’s faith in the work he’s doing for the town is renewed. It’s a shame that remnants of his past life, and current unknown possession, are on a collision course with him in the middle. 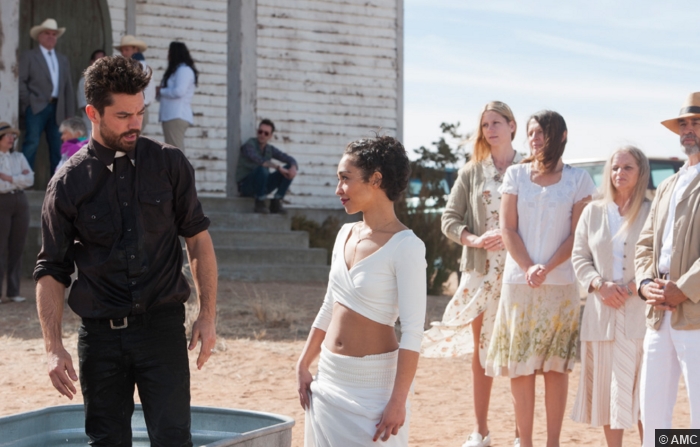 His past life is Tulip, played by Ruth Negga who is in a weekly battle with Joseph Gilgun for the best lines. As he’s baptising his parishioners Tulip comes forward to be baptised herself, both making a mockery of the practice and signifying to Jessie that she’s not going anywhere. She even kidnaps him, alluding to their past love of role-playing, in order to try and entice him into joining her criminal exploits. It’s this scene that perfectly sums up Jessie’s inner dilemma. Written by Breaking Bad’s Sam Catlin (a man who really knows his way around themes, and symbolism), the scene has Jessie chained up as Tulip speaks to him. Tulip tells him that if he wants to leave there’s nothing standing in his way, revealing that the chain isn’t attached to anything. Jessie wants to be boring, or at least he thinks there are worst things to be, but Cassidy isn’t buying it.

Cassidy has his own problems, or at least he thinks he does. As a 112 year old vampire, who’s being hunted by a religious organisation, he’s ended up in the arsehole (or is it face) of the country, with no money, and a penchant for stealing the communion wine. Now Cassidy is the epitome of a break out character, the creators want you to love him, as any audience loves any wildcard. And we do, he’s a hoot. His fight with the cockney cowboys had me laughing my arse off at the inventiveness and the Sam Raimi of it all. He gets all the great lines: his “Sorry lad, when you came through the door there I went cold with panic.”  At Eugene was up there with Tulip’s “thanks for getting me all wet.” This show definitely doesn’t have a dialogue problem. What it does need to do is try and catch Jessie up a bit because the vampire and the hit woman are running away with his show.

“See” is an aptly named episode because it invites us to look at Annville a bit closer as things aren’t what they seem to be. Take the cockney cowboys (they don’t sound cockney but that would ruin the nickname). In the pilot when seen their globetrotting exploits as they searched for the entity that now resides in Jessie. They seem like two people, I use the term loosely, that are not as skilled at undercover work as I first thought. They over-do everything, from the clothes which make them fit min until they open their mouths, and brandishing a gun at a maid who wants to know how many towels they want. Once they find Jessie, who is passed out after drinking some not boring stuff from Cassidy, they attempt to extract the entity from him. First they use a complex lullaby with ancient looking equipment, when that doesn’t work they decide (with a little help from Cassidy) that Texas needs a chainsaw massacre. It’s great stuff, especially Cassidy burying their dismembered bodies under the tree that held the scalped Indians in the past. Again we are being told, see. The fact that the cockney cowboys (I know their names are Fiore and Deblanc, but I prefer my nickname), reappear in one piece each, all but confirms their supernatural leanings. 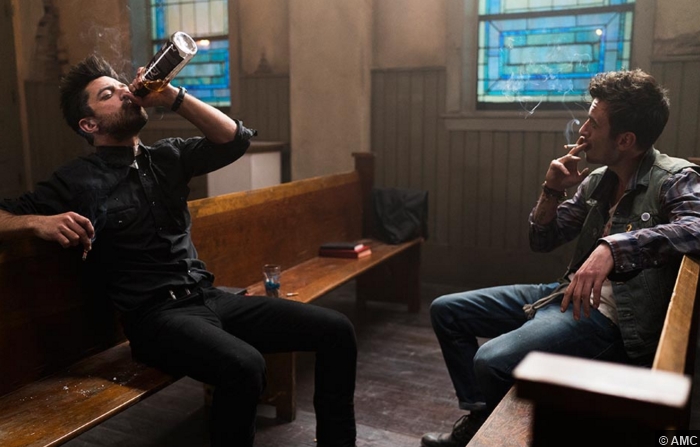 It all comes back to Jessie. The shows other characters accept who they are: Like Jackie Earl Haley’s meat tycoon, who bulldozes a house second after the tenants sign the papers, or Eugene who’s baptism didn’t take. Whether these characters believe in God or not they except who they are. Which is the exact realisation that springs Jessie into action as he uses his Word to make a man with paedophilic urges forget about the object of his affections. Jessie’s spent two episodes now trying to be one of the good guys, but every time he’s faced with a darker element of Annville his darkness comes to meet it. Even though no one is afraid of the cowboy at the beginning of the episode, we knew that we should be. No one is afraid of Jessie either, but maybe they should be too.

9/10 – See neatly side-stepped the second episode rehashing in order to flesh out the world of Preacher. Cassidy and Tulip still delight, and Jessie is slowly realising his power. Clearing the second hurdle Preacher remains a must watch.