REVIEW: Luca is Pixar at its most effortlessly charming

My biggest criticism regarding Luca is that Disney apparently thought so little of its cinematic prospects that they dumped it straight to Disney+ without even giving it a cursory run in theaters. Cruella got a silver screen run with a Disney+ premium option, and it was only okay. Mulan got the same treatment, and it was a hot mess. Raya and the Last Dragon got a theatrical release as well and it was a misfire, in my opinion.

Meanwhile here’s this movie, a Pixar film hot off the success of the sublime Soul, and coming out at a time when people are showing a greater willingness than ever to return to cinemas, and for some reason, Disney just plops this little gem of a movie onto Disney+ without even giving it the chance to be seen on the big screen. That’s it. That’s my biggest criticism regarding Luca. Other than a few minor nitpicks, which I will mention, there’s nothing else that needs to be said by way of complaint. 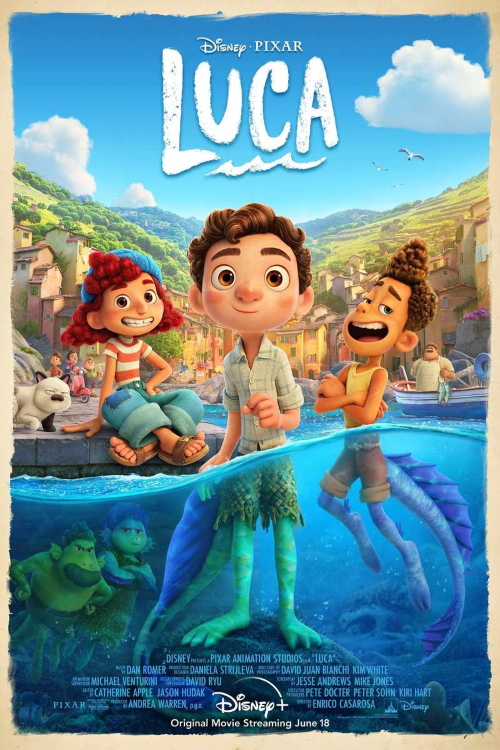 Luca is a wonderful little movie.

It wasn’t as emotionally complex as some previous Pixar films, nor did it rip my heart to pieces like some of their best, but as I sit here thinking about it I can’t think of a single thing wrong with it, nor a thing I would bother to change.

There were a few little things in the first half that I was less than crazy about, but as the movie progressed those things were all paid off in the climax. I was initially worried that too much time would be spent going back to the title character’s parents, making them a fully-featured subplot. Instead, they were basically background gags and never detracted from the story. I was also worried too much time would be devoted to the always-inevitable middle-act conflict between Luca and Alberto, but the film very quickly got to the heart of the problem between them and built on it instead of spinning its wheels with drama for drama’s sake. 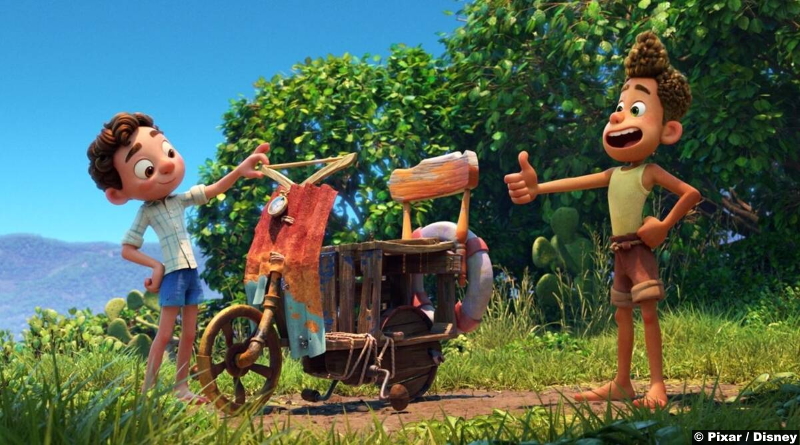 If I wanted, I could hold this movie up next to Pixar’s greatest hits and then shrug and say the film failed to live up to the heavy hitters that came before, but why do that? This movie is its own thing and ought to be judged on its own merits. On its merits, Luca was charming, sweet, easy-breezy, frequently funny, and a great tribute to the power of friendship.

Case in point: the aforementioned “conflict” between Luca and Alberto. The conflict arises when Alberto starts to feel jealous over the blossoming friendship between Luca and Giulia. It reaches its peak when Luca, not Alberto, crosses a line and breaks the friendship. It’s a risky thing to make your title character a bad guy, even temporarily, but that’s reality when it comes to childhood friendships; eventually, someone always says or does something “unforgivable.” Then what happens? You forgive each other, because that’s what friends do. This movie beautifully depicts how manic and precarious childhood friendships are in both the good and bad times. 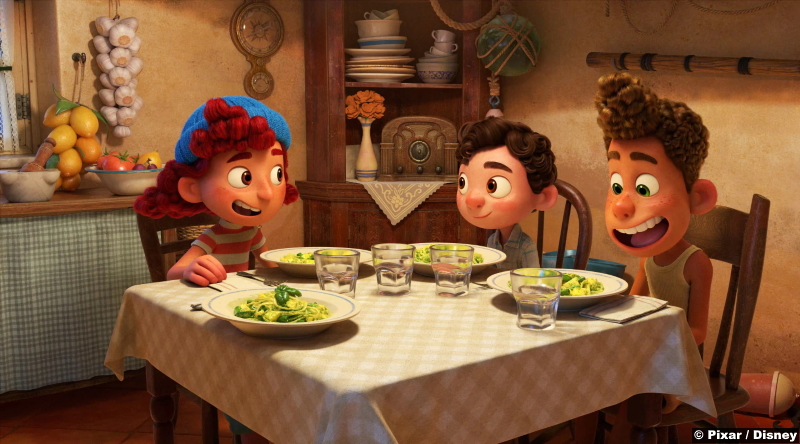 I suppose, if I had to pick any nits it would be with the character design in the animation. They seemed out of place compared to the mostly realistic environments. I suppose it was a necessary compromise considering the need to switch seamlessly between a human model and a “fish monster” model; the designers started with the fish monster and made a human version out of it, whereas if they had started with a more realistic human, the fish monster would probably have been too grim to work in such a light-hearted tale. Still, the characters looked underdone, like they had been transplanted from an Illumination animated film. Occasionally there would be a shot or two that looked almost like they were 3D-animated versions of claymation figures, and that would have been a cool style to build a whole movie around, but those moments were few and for the most part, the character designs just looked like generic 3D animated models.

That being said, the visuals overall were stellar; Pixar didn’t break any new ground so far as I could tell (such as with water animation when they developed Finding Nemo, or hair/fur when they made Monsters Inc), but they’ve got the ability to craft a world that’s so well done it looks almost effortless. There were a couple of genuinely beautifully shots, such as one where Luca and Giulia run over a rooftop at night, crossing in front of the moon, or a surreal daydreaming shot of Luca skipping over the rings of Saturn. Those were fleeting moments of jaw-dropping animation and style, but the rest of the film felt like a great studio operating on cruise control and still creating a beautifully designed film.

Again, it sounds like I’m bashing the movie, but I’m not. I think it’s a wonderfully charming film that moved at a brisk pace, never dragging, had great voice acting, a sharp script, with genuinely funny moments, and a fun, low-stakes plot you could easily get invested in.

And maybe it’s that “low stakes, easy-breezy” feel of the movie that motivated Disney to skip the traditional wide theatrical release and just drop it onto Disney+. Maybe the studio felt, as we slowly inch our way out of the pandemic, that theater ticket buyers will be choosier than ever and will want a cinematic experience that’s big and epic enough to justify going out. I can understand that mindset, but I still disagree with it. What people want is a return to normalcy and there’s nothing that says “normal” like going to the movies, sitting down with an overpriced tub of popcorn, and smiling your way through a well-made Pixar film.

Because that’s exactly what Luca is.

9/10 – Is Luca Pixar at its best? No, but it’s Pixar at its “comfort foodiest.” It’s not going to blow you away, but you’ll be hard-pressed to find much you didn’t love about it, either.