We then looked at Fight Club, a movie very different from The Sixth Sense. It was very much a product of its time and time has not been good to it. It’s obnoxious, pretentious, gritty but undramatic, and the twist at the end was flat compared to Shyamalan’s first big shocker. In March we reminisced about the bygone fun of The Mummy, a film that has certainly held up, precisely because it leaned heavily on the past and on its Indiana Jones inspirations. Already we have a tremendously eclectic few movies. One modern-day thriller/horror, one gritty 90’s-esque macho-fantasy, and one 1920’s-set throwback.

In April, everything was thrown aside as we reflected on the revolutionary and genre-defining sci-fi feature, The Matrix, and then last month we talked about the awesomeness that was Star Wars Episode I….’s teaser trailer. 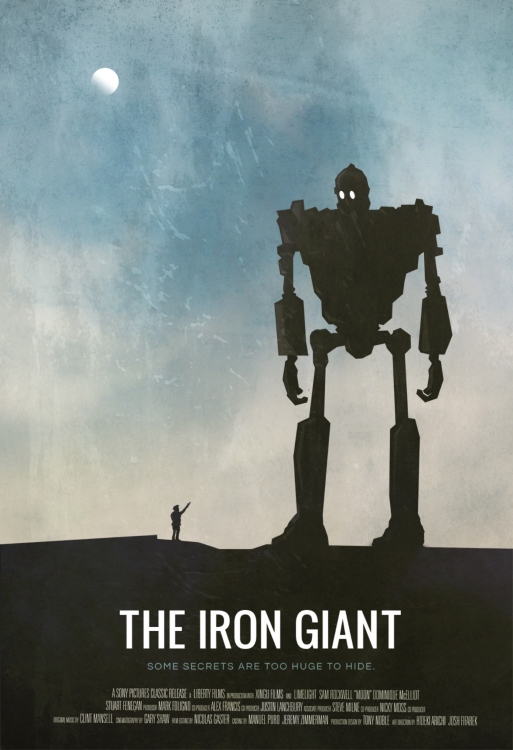 I believe in Brad Bird.

I feel like I’ve said that before (yes, I have) but it bears repeating that the man has a knack for breaking a story and zeroing in on the core, emotional element that makes it work. It’s not about the action or the humor (necessarily); if a movie doesn’t have something at the heart of it, it’s just noise.

The Iron Giant does hold up. It’s a movie that failed to find an audience in 1999 but thanks to home video release, many a rainy Saturday, and good old fashioned word of mouth, the movie has developed a true cult following. If it was released today, I’ve no doubt it would be at least a minor hit, perhaps more.

The real achievement of the film is how little it acts like a typical animated movie. Brad Bird and others in the Pixar braintrust love to say that animation is not a genre but rather a visual style. The notion of a “best-animated movie” category at the Oscars is just as wrong-headed as a “best letterbox movie” category. You can tell any kind of story in any kind of style and it’s a shame that animation is not used to tell more kinds of stories at the movies. 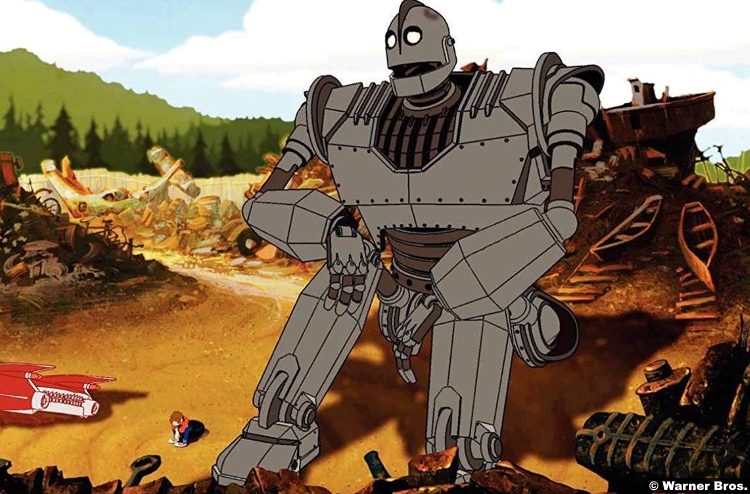 The Iron Giant is funny, surprising, captivating, and above all moving, genuinely moving. The exact same film could have been made in a live-action format, with the exact same script, camera work, set pieces, etc, and nothing would have been lost (or gained for that matter).

The premise of the movie comes from a tragedy in Brad Bird’s life. His sister was shot and killed by her husband. Bird’s idea basically boiled down to the question: “What if a gun had a soul and didn’t want to be a gun?” That aspect of the Iron Giant’s character is seen in the way the robot reacts to being shot at; his programming takes over and he goes into “defense mode” and starts blasting everything that moves. After a moment of clarity, he realizes how destructive he is, and even though he is made and meant to be a killer, he rebels against his programming and makes the ultimate sacrifice to save his friend. 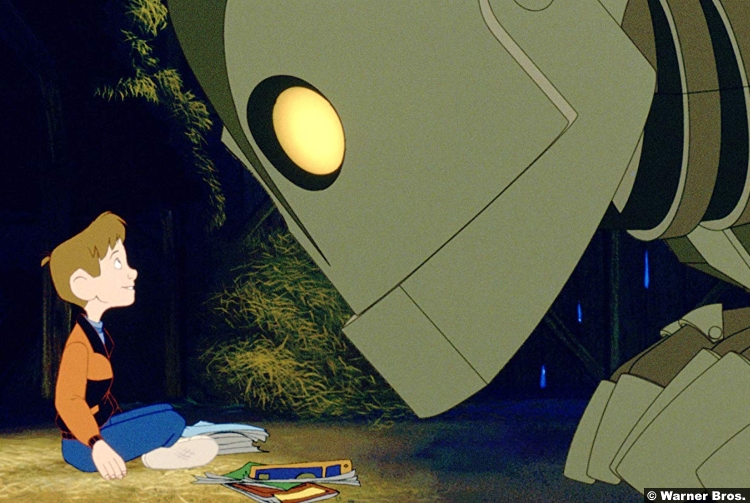 There’s powerful symbolism here, the kind that you could hardly find in any but the best Pixar movies. Yes, guns kill people but it takes people either with carelessness or a desire to kill to use the gun. The Iron Giant was made to kill with—he’s a gun—but he was also programmed by killers to do that killing. In the end, it’s the soul of the robot that wins out. He chooses to be a gun that doesn’t kill. That’s a lot to contemplate in an eighty-minute film. 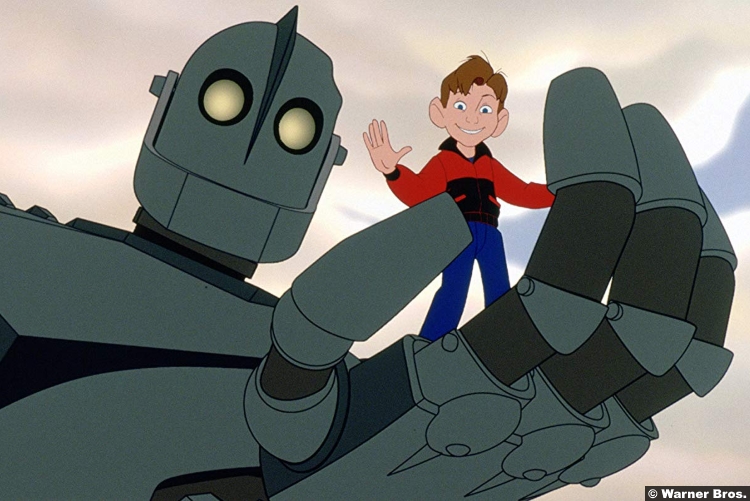 The Iron Giant premiered in theaters on the same day as The Sixth Sense, and though they belonged to entirely different genres, Disney’s horror movie was too much for Warner Bros’ emotion-driven animated masterpiece.

There’s a bizarro sentence for you.

What’s done is done but thankfully time has been good to it. The movie is now regarded as a masterpiece of its generation, a powerful parable on violence and choice,  a tremendous feature film debut for Brad Bird, and an animated gem that’s still awesome twenty years later.