Most of the time, when you’re discussing a follow-up season to a tv series, it’s a fairly simple exercise. Unless it’s an anthology show, the characters continue the storyline from the previous season. That’s not the case with a show like The OA. 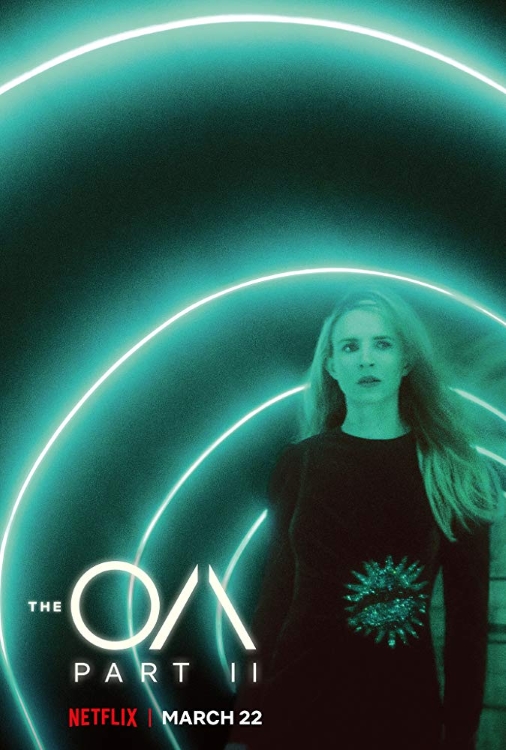 With this show, even if you’ve seen the first season, that doesn’t give you many clues about where the second season will lead you. Like the first season, everything is up to your interpretation. And when everything includes talking trees, a telepathic cephalopod, brain forests (I say, my voice rising a few octaves), then your interpretation could be wildly different from mine.

So let’s begin this exploration with a quick recap of where we left off last time. If you recall, last season ended with Prairie’s getting shot and maybe blasting into another dimension. Good news–she made it! And now for the bad news. When she wakes up in that other dimension and says, “Homer?”–yeah, he’s really there. Unfortunately, he doesn’t remember her.

Everyone else who made the leap with him–Hap (Jason Isaacs), Scott (Will Brill), Rachel (Sharon von Etten), and Renata (Paz Vega)–remember. Well, kind of. Rachel can’t (won’t?) talk and Renata has apparently been convinced that her memories of the other dimension are a delusion. Oh, yeah–almost forgot. In this dimension, Hap is a doctor at a mental hospital on Treasure Island in San Francisco and Homer is his eager acolyte, Dr. Roberts. The rest of the jump squad are patients, as is Prairie, who has jumped into the sliding doors version of her life as Nina. Got that so far? 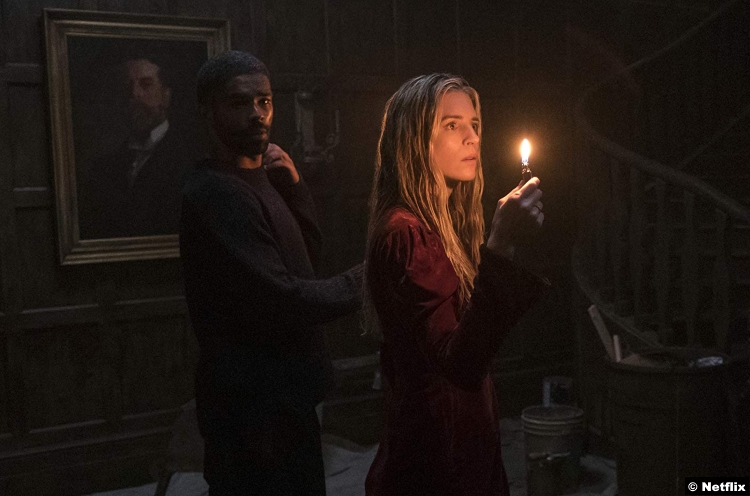 Great, disregard it for now. Because for the first half hour of this season (or part II, if we must) we focus on Karim (Kingsley Ben-Adir), a private investigator who’s been hired to find missing teen Michelle (Ian Alexander), whom we know better as Buck. His search leads him to an AR game that’s popular with teenagers like Michelle and Fola (Zendaya), because of its addictive puzzle-solving and real money payouts.

Eventually, game-players are led to a house in San Francisco, which like the game, is owned by tech baron Pierre Ruskin. Ruskin, incidentally, is Nina’s boyfriend. That’s what leads Karim to Treasure Island and the woman I’m just going to call The OA from now on. Karim discovers that the game, Ruskin, the OA, and the Treasure Island clinic are all linked, so he just…breaks the OA out.

What follows after that is what took me so long to write this review. It’s not just that the second season doesn’t follow a linear timeline, but that a timeline doesn’t really matter. The dimensions are more permeable than we think. Back in the original dimension, BBA (Phyllis Smith) and Buck are both discovering ways of communicating through the parallel worlds, which will lead them (and the rest of the boys) on a journey west. 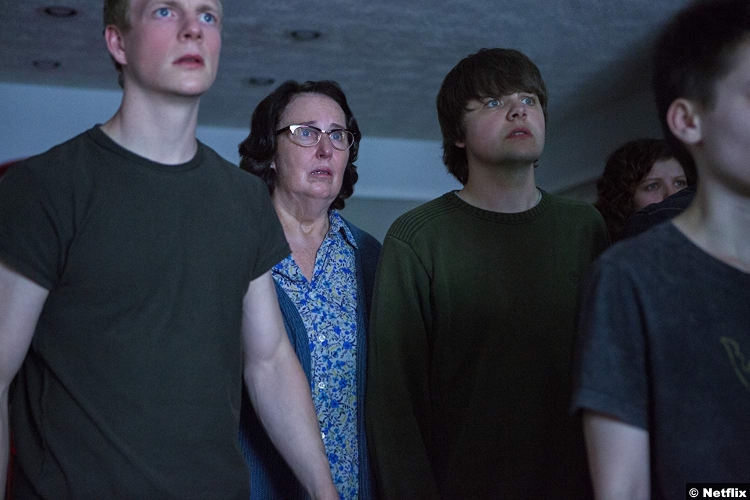 Meanwhile, the OA is on her own journey, which will take her through mercury gas-choked tunnels and to a NDE provided by Azrael/Old Night (Uncredited Likely CGI Octopus). Old Night does provide some clues, but in the nature of this show, they’re sideways and we can debate their true meanings. For example, who is the brother that she (Khatun?) sends to every dimension to protect the OA? Is it Steve or is it Rahim (Riz Ahmed)?

In fact, you may end this season with even more questions. Like: What’s Elodie’s (Irène Jacob) deal? Who built the robots? Do the names of characters mean something? Where did Old Night come from? Did no one in that dimension think that was weird? And what on earth was that ending?

*I walk away from the computer, wander into Kevin’s American Gods review, remember when I thought that show would be a challenge to review, stare off into the distance for an uncomfortably long time, and return to my desk.* 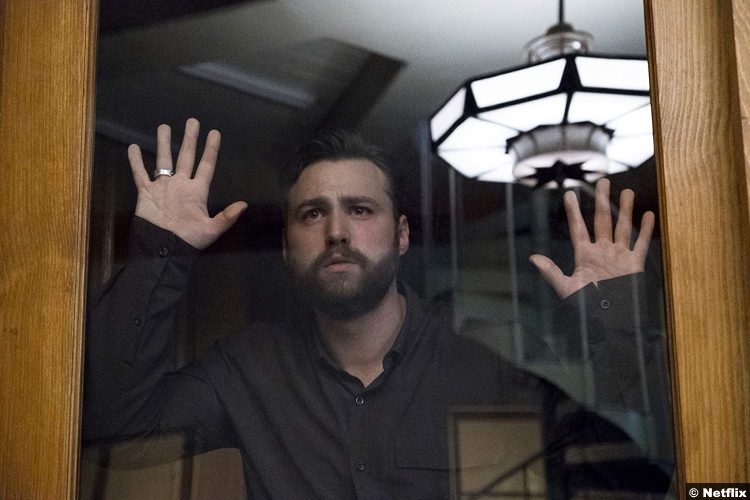 With all these questions that will remain unanswered for the time being, it may sound like I didn’t like it. But just like with season 1, there’s something about this show that’s entrancing, that draws you in. What I’m saying is, I’m not going to eat a flower from some dude’s brain, but I might let an octopus pick mine. But good luck with that after my brain’s seen this show.

8/10 – As with last season, I ended up both crying and confused at the end. That’s because while we got an answer to the first season’s most pressing question (Was the OA telling the truth?), once the show dispatched with that, it buried us in other questions. That is one of its weaknesses–there is so much to tell that it can be overwhelming. But if you can accept that there are things we just don’t know for now, and fall into the invisible river of the show, you can just enjoy the vibes. It is the most bonkers show I can think of and I kinda love it.