Sheila and Joel Hammond (Drew Barrymore and Timothy Olyphant) are a lovely and normal couple. Both real estate agents, they work together, they live together, they parent their teenage daughter together. They’ve worked as a team for so long that it seems as if they can handle anything together. Then Sheila dies. 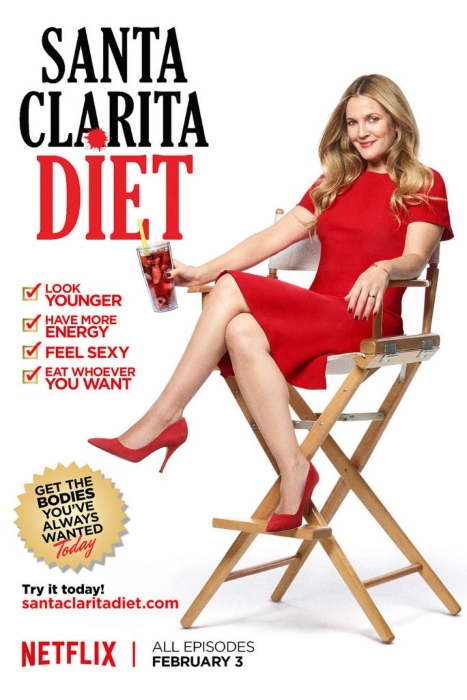 Or rather, she becomes undead. It’s unclear how exactly this happens, although it seems to be communicable, but the end result is a lot–A LOT–of vomiting, the expulsion of a red ball that might be an organ, and a craving for fresh flesh. 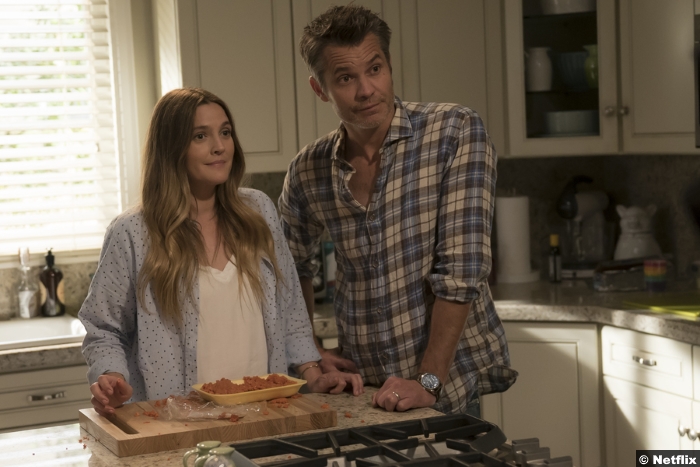 Obviously, this is a bit much for the Hammonds to take in. At first Sheila scarfs down raw hamburger and that seems to do the trick, but then it doesn’t. Gary (Nathan Fillion), a new guy at their realty company, really likes the new Sheila. She’s uninhibited and fun. He thinks she’s up for anything, but that anything doesn’t include him and when she rebuffs him, he threatens just to tell Joel anyway that they slept together. So Sheila eats him, as one does. After that, the drumsticks and ground meat Joel gets from the grocery store just don’t taste the same.

Then they have two problems: what to feed Sheila and what to do with Gary. For the latter, they settle on disposing of his remains in the desert, where their daughter Abby (Liv Hewson) and her friend (and their neighbor) Eric (Skyler Gisondo) discover them. 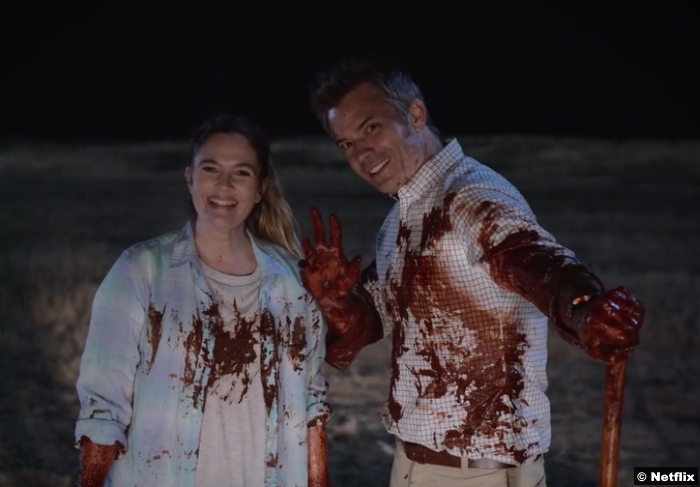 And to solve the first problem, Joel tries getting body parts from the morgue, but that doesn’t work–they taste, well, dead. It seems the only thing that will do is real live meat. That, of course, brings in the kind of ethical problems you might expect, as one episode titled “We Can’t Kill People” segues into the next, “We Can Kill People.” Sheila strives to eat only bad people, making her next mark after Gary a jerk with road rage. By that point, they’ve set up a freezer in their storage unit so Sheila doesn’t waste food like she did with Gary. But one body can only last so long.

Oh and did I mention that the Hammonds live between two cops? Yeah, there’s that.

But the overarching theme of the show isn’t being a zombie or even the ethical questions of consuming people when you have no other choice. The biggest point the show is trying to make is about how some men don’t like it when the women in their lives change. It’s not that Sheila doesn’t need Joel anymore, but she’s crossed over to a world he can’t get to and it leaves him feeling emasculated and isolated. In this new life, Sheila is able to bond with Abby in a way that she hadn’t been able to before, just because she can’t do anything now with her family but be honest. Will Joel and Sheila be able to get through this? Of course–they’re a great team.

However, getting through Sheila’s new reality is a little more difficult, especially when the pressure starts building and it’s coming from all sides. As far as they can tell, there is no cure for this; there’s only a way to stay at this point. Down the road past this point is physical deterioration and uncontrollable aggression. At least this is livable. Or undeadable. You know what I mean.

And I’ve said all this and haven’t even mentioned how funny the show is. It’s from Victor Fresco, so if you miss his show Better Off Ted, you might want to check this out. (I put the “might” there because this show is gory and graphic. If the thought of sweet Drew Barrymore hacking up a hairball from some dude’s chest makes you gag, then this show isn’t for you.) Drew is great, but viewers might be most surprised by Timothy Olyphant. Maybe you didn’t notice how funny he was even as Raylan Givens because you were distracted by all the gunfire, but he’s hilarious. In fact, the entire main cast, including Liv Hewson and Skyler Gisondo, is extraordinary. 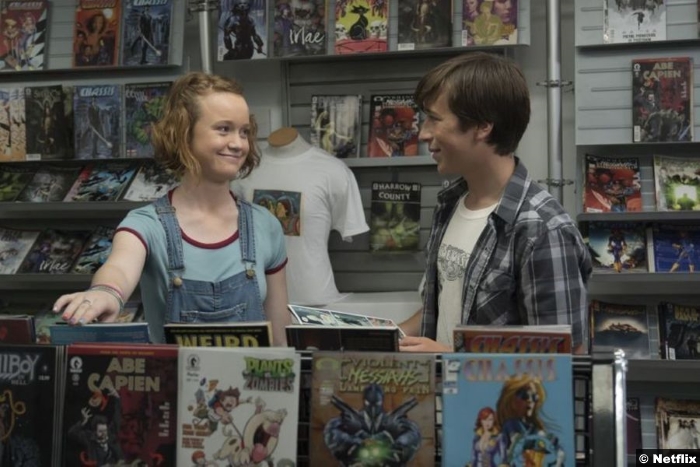 What isn’t extraordinary? Well, nerdy Eric gets hit with some weak stereotypical jokes (see above: comic book store) and in fact, some of the other jokes don’t land as well. (I’m thinking of you, implied lesbian relationship.) Also, as I mentioned, the show might be too graphic for gentler viewers. Overall, though, it’s a hoot and a lot of hollering.

7.5/10 – Santa Clarita Diet doesn’t hit every mark, but it hits more than it misses. And the hits are hilarious.

[Fun fact: If you’re wondering why the actors say “real-a-tor” instead of “realtor,” apparently the latter word is a registered trademark.]