Despite my enthusiasm for 60s scifi, I’ve never seen an episode of the original Lost in Space. If you asked me at gunpoint to describe it, I’d say, “Put down the gun, ya weirdo” and “Like Swiss Family Robinson in space?” And then I’d be really shocked that I’m actually right. 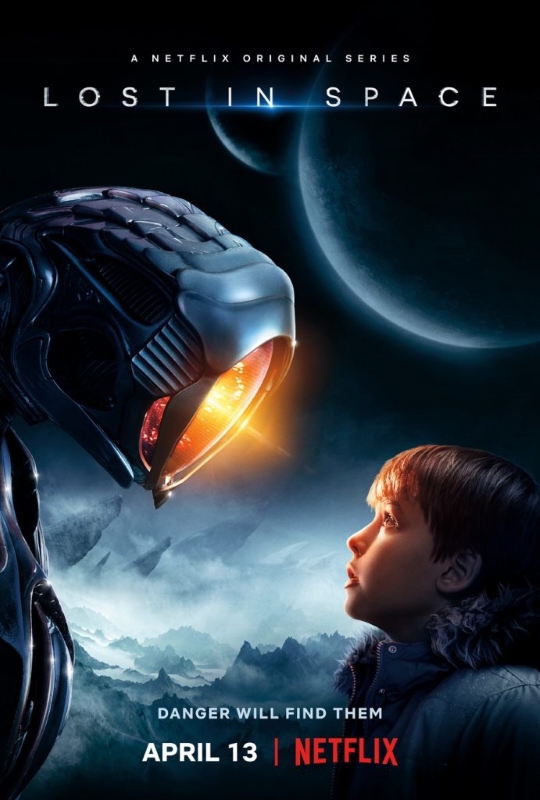 Originally airing from 1965-1968, the series (and 1998 film) is about the Robinson family, who are tasked with finding another place for overpopulating Earthlings to overpopulate next. Their mission is sabotaged, however, leaving the family…well, you see the title.

A TV remake was planned around 2004 by The WB (now known as The CW), but never got past the pilot stage. So here we are now with Netflix’s attempt. Like its predecessors, it follows the same basic premise: The Robinsons, a family of 5, are marooned in space.

They are mom Maureen (Molly Parker), dad John (Toby Stephens), and kids Judy (Taylor Russell), Penny (Mina Sundwall), and Will (Maxwell Jenkins). I guess the girls’ names have returned to popularity by 2046.

Mom is an engineer and Dad was a Marine. They were living a regular Earth life until definitely not the Christmas star came hurtling toward the planet. The stress of John’s secret missions and you know, the extinction event, drove the couple apart. When the family was chosen to colonize another world, it was originally intended to be just Maureen and the kids. John ended up on the mission, though, and not because he and Maureen instantly solved all their problems.

On the way to their new colony, their giant Roomba is disabled and they crash-land on an unfamiliar planet. To call the planet strange would be a staggering understatement. Not only can they breathe unassisted on the planet, but it’s also home to wildly varying temperature extremes and weather. They’re in trouble like, immediately.

They soon settle in as well as they can and that’s when they find out they’re not alone. There’s Robot (Brian Steele), an alien automaton who has more than a little to do with why the Robinsons and everyone else had to abandon the mothership Resolute. Will, having bonded with Robot, believes Robot was rebooted after his own crash and has no memory of the terror he wreaked onboard.

But that’s not to say that their only new neighbors are machines. Other people have also crash-landed on the planet. They include “Dr. Smith” (Parker Posey), a criminal who’s hustled her way onto Resolute, and Don West (Ignacio Serricchio), a handsome space smuggler. On that note, I’ll think of the chicken he also has as Hen Solo, even though Don insists on calling it Debbie.

In fact, a number of Jupiter pods (the giant Roombas) have also landed on Planet Nowhere. Around 60 people are there, so at least there’s a community. But as I’m sure you’ve seen before, even tiny communities will have conflicts.

One of the first ones is over Robot. As you can imagine, not everyone is thrilled to see him, especially since he, you know, killed some of their relatives on Resolute. And is the reason they’re all stranded now. Oh, and all stranded on a planet that has months at best before it’s consumed by a nearing black hole.

So they’ve got some issues. Luckily, they’ve got several capable problem-solvers around to figure this out. Unfortunately, they also have “Smith,” who is a lot of things, but mostly an agent of chaos. Like everyone, she sees herself as the hero of her story, but she’d be hard-pressed to find supporters for that notion amongst the residents of Planet Nowhere. 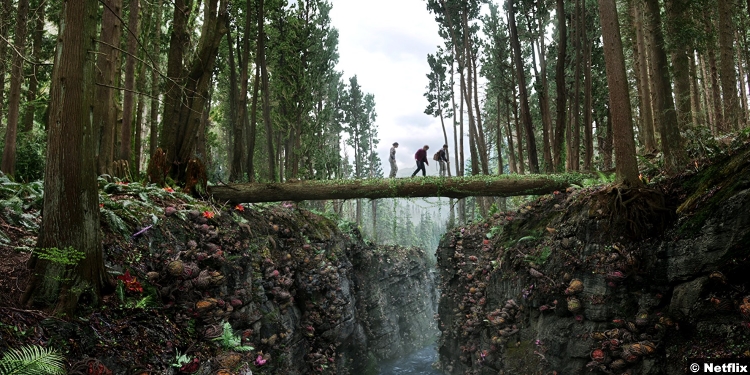 She’s probably a sociopath. Unfortunately, she’s also the most exciting part of the show, at least toward the end of the season. This is an adventure series, friendly to most families, but it’s hard to imagine kids sitting down to watch this. One of the things about movies and TV that always boggles me is when the makers clearly haven’t asked themselves, who is this for? That’s a question the people behind this reboot should have asked.

A grimdark sci-fi series is de rigueur these days, but this has only the appearance of one. It won’t make the commitment to full darkness, which is fine, but is indicative of the series as a whole. None of it is enough. It’s got spots of humor, but it’s not really funny or fun. It’s got adventure–Lord knows the Robinsons are in peril every five minutes–but there’s never a real sense of risk, no matter how many times Robot says, “Danger, Will Robinson.”

I didn’t watch the original series, but I can clearly see from the photos that it was pure 60s camp. The reboot doesn’t have to recreate that–you don’t have to dive headlong into kitsch–but why can’t it be fun sometimes? They’re on a completely different planet in an unknown galaxy. That’s wild! The CW’s series The 100 went into directions I didn’t choose to follow, but that scene in the first episode when they see Earth for the first time? That was the spirit I wish they’d invoked here: possibility and hope. And you know, fun. Instead, we’ve got this. A dour story that doesn’t seem to know why it’s being told to an audience that’s not clear.

7/10 – The show’s got great actors and an interesting premise, but both are failed by their writing. Most of the characters, especially anyone who’s not a Robinson, are underwritten. And that’s not to say that the Robinsons are delicately etched portraits, either. For example, Maureen and John are straight out of the TV handbook–humorless mom and also there’s a dad.

The show isn’t bad, but it isn’t good, either. It just doesn’t make much of any impression. It finally starts to get interesting around hour 9, but it’s hard to imagine viewers sticking around that long.