Season four of Netflix’s BoJack Horseman ended on a surprisingly positive note for its titular character, even if his supporting cast didn’t get off so easily. When we last saw BoJack he was at the beginning of a new relationship with his half-sister Hollyhock, while also trying to repair said relationship when he thought that she was his daughter. BoJack spent most of season four with his family, partly due to the fact that he had alienated practically all of his friends, with much of his issues with his mother coming to fruition as her own health deteriorated. It looked like BoJack was really beginning to turn a corner, he even agreed to star in a new TV show as a favor to Princess Caroline. The quest that we were left with is, could this the beginning of BoJack’s recovery? 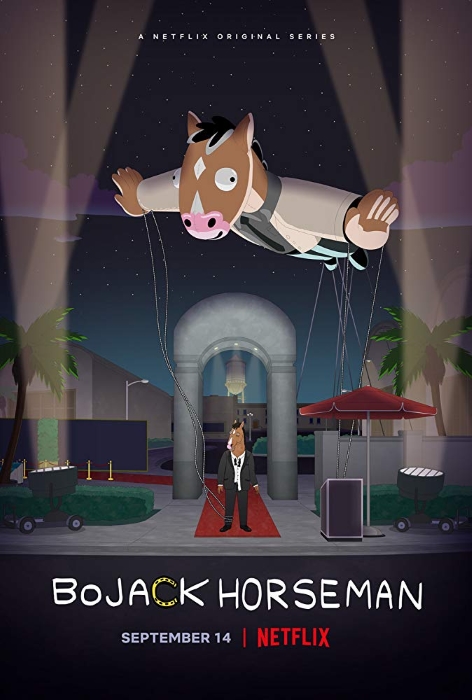 In any other show the answer to that question would be yes, but BoJack Horseman, the show about a talking horse with severe mental health problems, fully commits to the very realistic idea of how easy it is to slide right back into your problems if you only go for the quick fix. At the beginning of season five, BoJack looks like he’s in a good place: the show he’s working on named Philbert: a cop show that tries to be Hannibal, The Leftovers, and Castle all at the same time, has begun production and he has a semi-serious offscreen relationship with his co-star Gina (voiced by Brooklyn Nine Nine’s Stephanie Beatriz), while he still keeps in regular contact with Hollyhock who is now in college. This is the must functional we have seen BoJack in quite a long time, certainly since his ill-fated trip to New Mexico in season two, a trip that hangs over season five like the shadow caused by a big inflatable BoJack, you’ll get there. 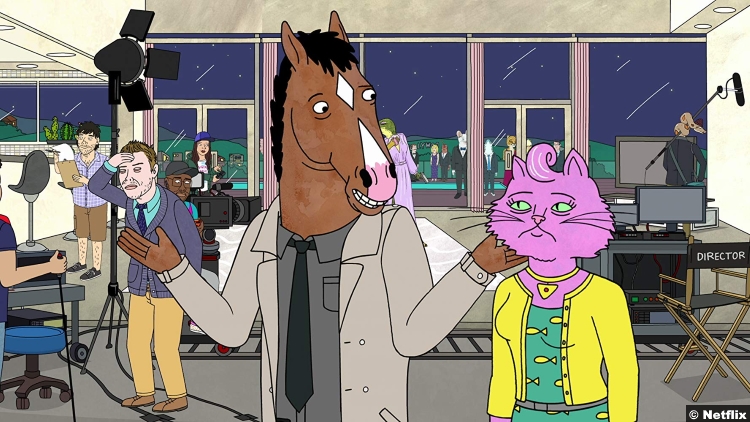 As outwardly functional as BoJack looks from the outside, there are still obvious hints that he isn’t as healthy as he seems: he takes painkillers for a series of injuries that are not as bad as he is letting on, he clings to the relationship he has with Gina, and his drinking goes from a sip a day to a bottle a day pretty quickly. From what I’ve described so far, this seems like a fairly standard season of BoJack Horseman, a season that puts its characters through dramatic, and at times traumatic situations to see how they grow, y’know, like a normal TV show. 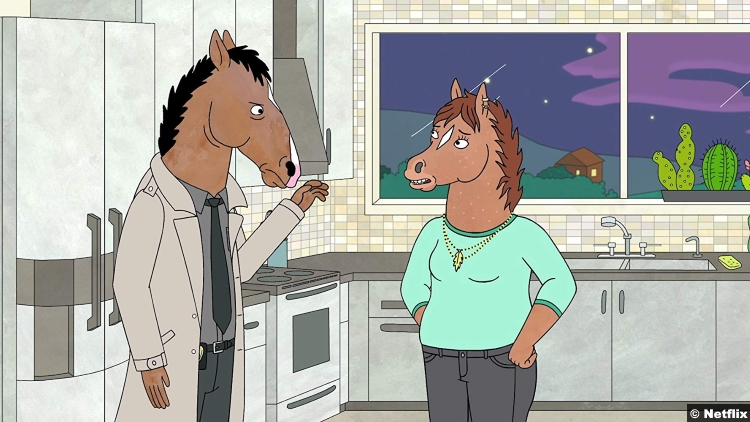 BoJack Horseman has always been capable of razor-sharp satire, especially when it comes to the nuts and bolts of Hollywood, but season five reaches new heights by putting BoJack himself right in the crosshairs. From the very first episode, BoJack Horseman has put its own spin on the idea of anti-hero television. BoJack can easily count himself among television’s most iconic unlikeable leads like Tony Soprano, Walter White, and Don Draper, but season five is on a mission to demystify the popularity of these types of characters. Philbert itself is a hilarious mesh of tropes from these types of shows: right down to the fact that Rami Malek voices the show’s creator, Flip. It’s ok to relate to the way that BoJack feels at times. Depression is an anchor of the mind and it’s incredibly hard to pull it along even at it buries itself deeper, but season five takes a different approach to its main character and even the supporting cast. It’s about culpability.

The fact is that BoJack has done so many terrible things in his life, to himself, and especially to other people. Season three culminated in BoJack finding himself completely alone thanks to the awful things he did to his friends, and Season five is about tearing some of these old skeletons out of the closet. Which brings us to this season’s best character, Diane. 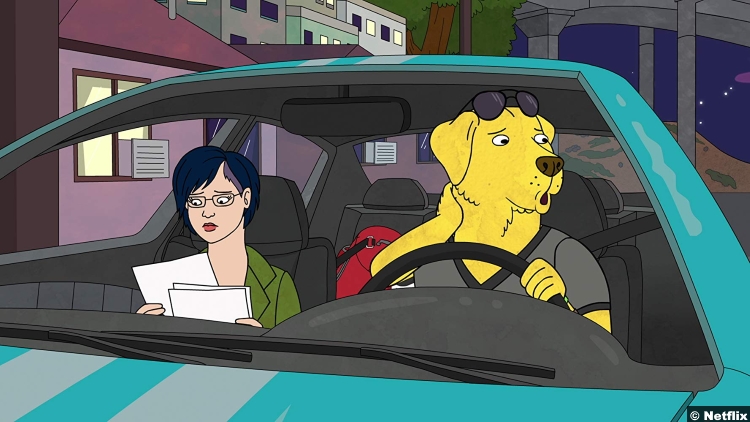 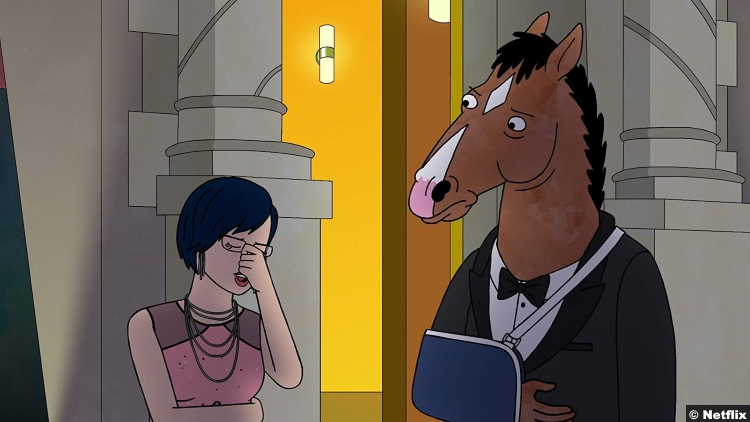 For reasons I can’t understand, a lot of the show’s fanbase hate Diane, I mean really hate her, and I haven’t a bloody clue why. Diane is, in many ways, very similar to BoJack. She is deeply unhappy with her life to the point where she actively sabotages herself at every turn, again, just like BoJack. Diane and BoJack share some of the same problems, but season five investigates their friendship in a complex and deeply rewarding way which shows that Diane really wants to be better than she is, unlike BoJack who seems to only know how to self-destruct. Diane knows that she is a hypocrite most of the time, aren’t we all, but she is the person that is finally able to get through to BoJack, not by destroying him, even though she does have plenty of reasons and opportunities to do just that, but by showing him kindness even though she still hates him for what he has done.

10/10 -BoJack Horseman may be the best show on television right now. Despite the ridiculousness of its premise, this show portrays depression, substance abuse, inherited trauma, to name but a few, in the most realistic and nuanced way. This is a show at the height of its powers, something that is all the more obvious when every experiment the show attempts is pulled off with style. Whether it’s a Diane episode structured like a listicle, a non-linear look at Mr. Peanutbutter’s marital mistakes through three different Halloween parties or a truly stunning full-episode monologue from BoJack, season five continues to be Netflix’s best original.