Fifty years ago Led Zeppelin’s first album, entitled—are you ready for this?—“Led Zeppelin” was released, kicking off a decade of brilliance and musical mystique unlike any Rock has ever seen before or since. Other bands, like the Beatles, are famous for their innovations and trail-blazing. Bands like the Rolling Stones are celebrated for their longevity. Queen has the greatest frontman in history.

What makes Led Zeppelin so special?

Devotees of rock, especially rock in its most eclectic decade, the 1970’s, are kinder to the band, more quick to recognize their status, if for no other reason than the fact that they helped make the 1970’s such an eclectic decade. In the years before them—the 60’s—music was consumed in waves. There was a crooner wave in the early decade, then Beatlemania dominated with its innocent and bubblegum lyrics, then Dylanesque folk took over for a spell, before the Beatles brought psychedelia to the mainstream, before the decade ended with a more stripped down sound. There was a lot of variety in the 60’s, especially compared to the 1950’s, with its “before Presley/after Presley” eras, but that variety was compartmentalized.  In the 70’s music would take on more of a hodgepodge flavor, with tons of wildly different sounds all rising to the top at the same time.

Led Zeppelin was at the forefront of this “new music” wave.

It begins with a foursome that, itself, was shaped by a variety of musical styles: Robert Plant grew up listening to the blues. John Bonham, on the other hand, cut his teeth on the improvisational stylings of jazz. Jimmy Page was twelve years old when Elvis Presley hit superstardom, the perfect age to be influenced (as he was) by a musician. John Paul Jones, on the other hand, grew up with a father who arranged (and played) the kind of “big band” compositions that Elvis helped to make obsolete. 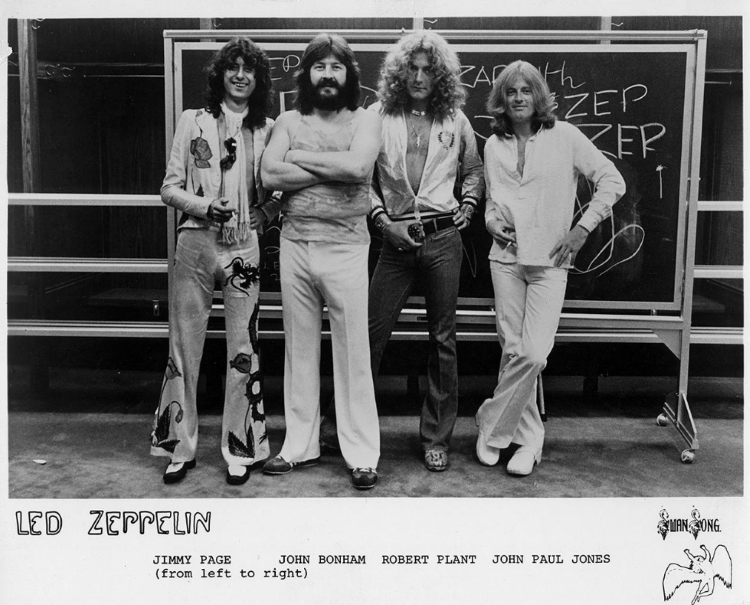 Together, the foursome were individually influenced by the different sounds of past generations, both culture and counterculture, and brought their disparate influences to the studio and on the road. They plucked bits of their favorites here and there and created something unique, a harmony of seemingly-dissonant sounds, forcing other musical acts in the business to break free of their singular styles as well.

Their first album, released with its now-iconic cover, 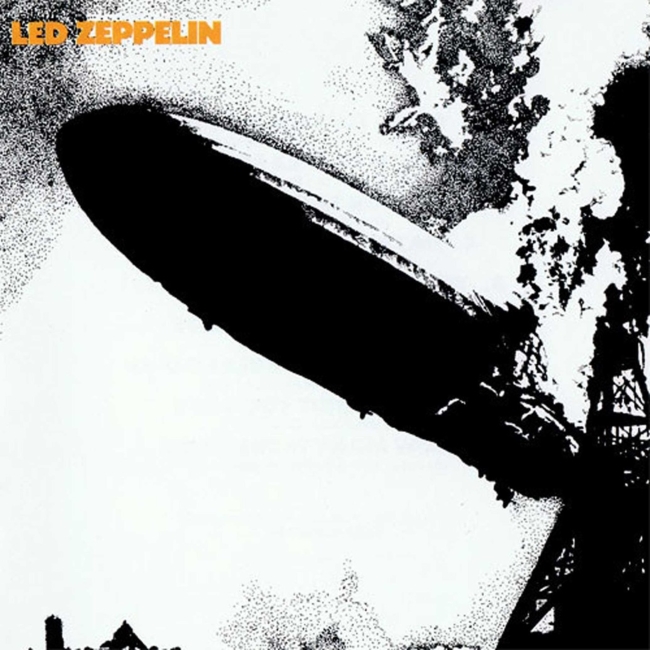 may not have been their greatest work (that honor, arguably, goes to Led Zeppelin IV) but it does exactly what a debut album needs to do in that it puts the world on notice that there’s a new potential superstar in town and highlights the individual talents of the members as well as their collective talent as a group.

Consider just how different each individual member of the group was, not only in terms of their musical contributions, but in their musical approaches as well…

If you listen to Zeppelin’s first album and concentrate on Bonham, you’d think you were hearing a band teetering on the edge of mania, unprincipled, unfocused, wild and free-spirited. Focus solely on Jones, however, and you’re able to make sense of the senselessness of Bonham. Suddenly everything has structure. Switching your focus between the two is like that freaking ballerina gif that spins one way or the other depending on whatever black magic trickery controls it…

And then there’s Page and Plant. The former shreds his guitar like he’s in the middle of the most rocking album in the history of rock albums. Meanwhile the latter sings his lyrics like he’s in the middle of a blues LP. It’s a mesh that shouldn’t work. Rock needs fast-spat vocals but Plant’s voice—even when he’s singing “faster” than in other places—always feels like they were superimposed over Page’s licks from a different album entirely.

That’s the bizarre, “this shouldn’t work but it does” magic of Zeppelin, and though they would only improve their sound over the years, it was present right there in the beginning. This is a group whose styles and even philosophical approaches to music should absolutely not mesh, and yet they do. Like french fries and frostys, they do. Like bacon and bananas, they do.

Zeppelin may not be the band people immediately think of when discussions happen about rock’s greatest and/or most influential groups, but they belong in the discussion. They showed a world of music that it was possible to be completely distinct and yet harmonious, to approach music from different perspectives and still produce a sound that is singular and, despite fifty years of trying, wholly inimitable.