Unlike Netflix’s other original offerings, The OA arrived with little fanfare or advance publicity on December 16th. The series, the third collaboration between Brit Marling and Zal Batmanglij, is a character study that blends a missing person story with fantastical elements. If you’re thinking that it sounds a lot like Netflix’s summer hit Stranger Things, you’re not wrong. But is it as good as Stranger Things? Let’s see. [Here be spoilers.] 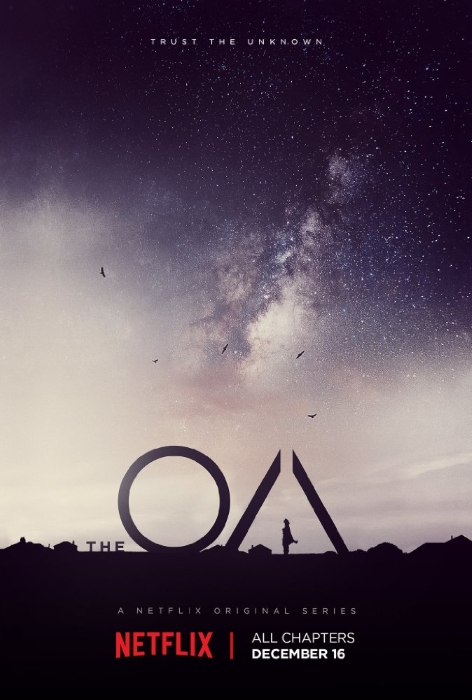 The OA begins with the return of Prairie Johnson (Brit Marling), a young woman who disappeared seven years prior. This would be extraordinary enough, but the real surprise is that the formerly blind girl has returned with her sight. She’s examined at the hospital, where they find disturbing scars on her back. Prairie, who’s calling herself The OA now, won’t tell the doctors, the FBI, or her adoptive parents anything about where she was or what happened, though.

Despite her first appearance, which sees her trying to jump off a bridge, she doesn’t seem suicidal anymore, if she ever was. Instead, she’s driven by an internal logic, which we aren’t privy to yet. She posts a video to Youtube calling on five people to help her for reasons unexplained beyond border-crossing. When five people–four teenage boys and their teacher–show up, she tells them her story. It begins when she was a little girl in Russia and goes on through her adoption in America by the Johnsons right up to the point where she ran away to look for her biological father. While away, she is duped by a doctor whom she meets in the subway. She ends up being one of the captives he keeps in a kind of human terrarium in his basement. There’s also Scott (Will Brill) and Rachel (Sharon Van Etten) and then there’s Homer (Emory Cohen). Through their captivity, they learn exactly why the doctor, Hap (Jason Isaacs), is keeping them. He’s performing experiments on them that have to do with near-death experiences. They also learn the five movements, which, according to Prairie, can do a number of extraordinary things, including heal people and transport them interdimensionally. (When performed, the movements look like interpretative dance meets a haka.) 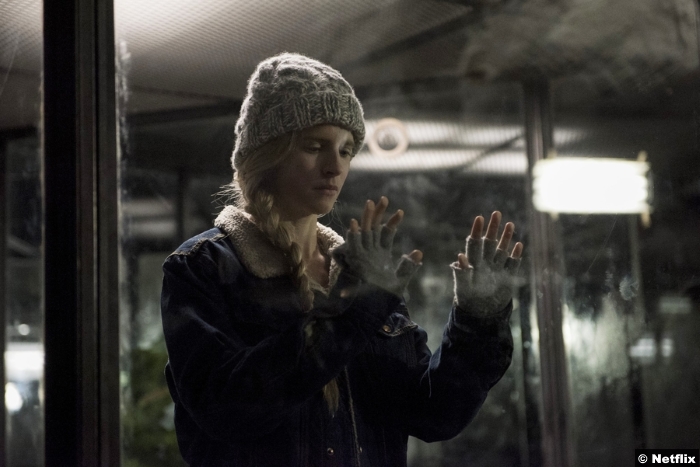 Why is she telling them all this? Because she wants to teach them the movements. She has the idea that she’s in the wrong dimension and she needs to get back to the other missing. She needs to get back to Homer specifically, because let’s just say they’re very close. A better question than why she’s telling them this is probably why do they believe her? Or maybe, do you believe her? The story is very open-ended in that way, so much so that I hesitate to talk too much about what I believe because I don’t want to color your own interpretation. But since that’s kind of the whole point of a review, I’m going to stick it in its own paragraph following this one.

Okay, then. There’s been a lot of debate in the past week or so concerning The OA, including what it’s about exactly, besides the plot summary I just gave you. Again, your mileage may vary but this is my interpretation. I think it’s about the value of telling your own story, especially in the face of trauma. As Prairie/The OA’s FBI shrink Elias (Riz Ahmed) tells Alfonso (Brandon Perea), one of the teenage boys, the give gave her the chance to take a psychological load off for a moment. 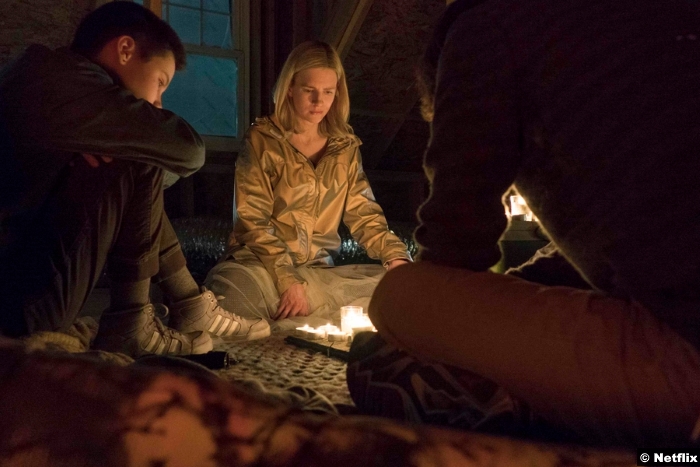 Another debate viewers have been having is about whether we should believe the OA because something something unreliable narration. The OA may be an unreliable narrator, but we’re also an unreliable audience. In that spirit, I don’t think it matters if the details of her story are true or not. We, after all, dealing with someone who’s likely been traumatized, and it serves no good for us as bystanders to re-traumatize her by forcing her to lay the horror bare. If you want all the graphic details of a victim’s story, read the Daily Mail. If you want to actually help a victim, let them tell the story. (I realize this sounds like quibbling and you’re probably like, “Just answer the question!” So…yes. I do believe her.)

The third and final major debate is over the ending. No spoilers here, but I will say that you will either love it or hate it. There will be no “meh” from the audience. If you hate it, part of the reason is probably the circumstances that bring about the ending, which some critics and viewers found distasteful. I, on the other hand, have seen so many of them in my lifetime that it never occurred to me to find its depiction offensive. As to how our five deal with it…as we’ve already established, I’m the house marshmallow, so I found it profoundly moving. At the same time, I wanted to laugh out loud. 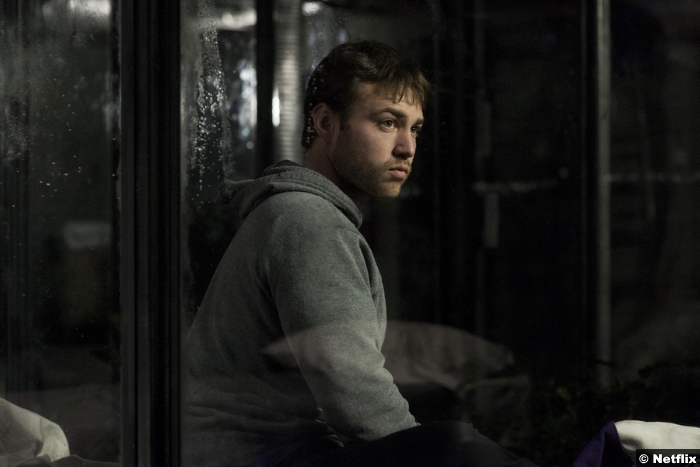 That’s the thing about The OA (the series, not the girl). It is polarizing and sometimes to just one person. But overall, like the OA (the girl)’s mission, you can’t do it halfway. You can’t be a bystander. You have to embrace the show fully and you have to be willing to give over to the ridiculous. If you can’t, then the show isn’t for you. As another entity in the entertainment world whom you either love or hate once sang, “Believe it if you need it. If you don’t, just pass it on.”

8/10 – The OA isn’t for everyone and it isn’t perfect. There are some plot holes, for example, that I’m still wondering about–were they bugs or features? I also would like to have known more about some of the other characters, including the other boys in the group who weren’t Alfonso or Steve (Patrick Gibson). But I believed at least the feeling of it and it made my marshmallow heart grow at least a size. 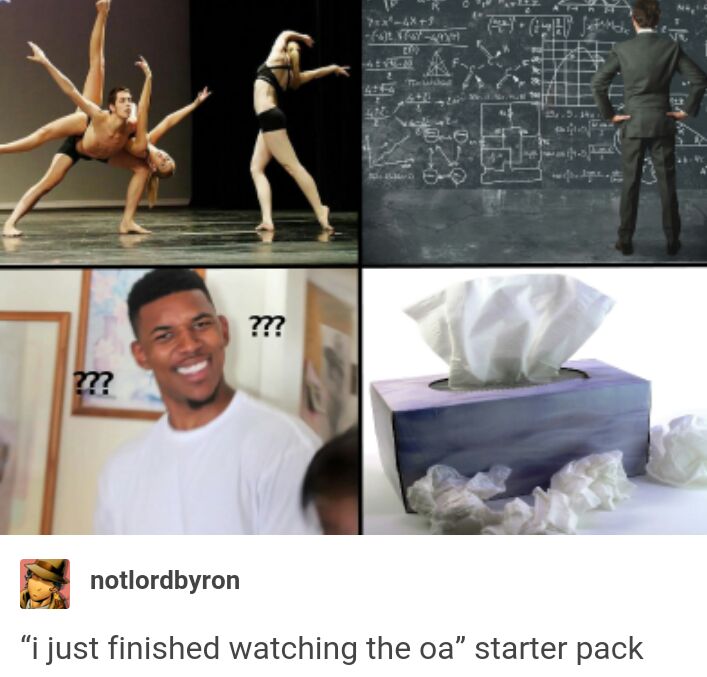