The third season of Black Mirror premiered last month on Netflix. While the first two seasons of Black Mirror aired on the UK’s Channel 4, the third season is exclusively available on the streaming giant. For those who are unfamiliar, the show is an anthology, like The Twilight Zone. However, unlike the Twilight Zone, whose plots could be about all manner of things, all of Black Mirror’s episodes are tied in some way to technology and the ways in which we’ve let it shape our lives. (The title itself refers to a smartphone screen.) [Note: This is a review and discussion of the entire third season. Accordingly, here be spoilers.]

As it is an anthology, the episodes are all self-contained, although there is some suggestion that they take place in the same world. And what an unforgiving world it can be. The Channel 4 episodes, while mostly good, were marked with a cynicism that could leave a bitter taste in one’s mouth. The Netflix season departs from this only slightly, showing glimpses of hope. 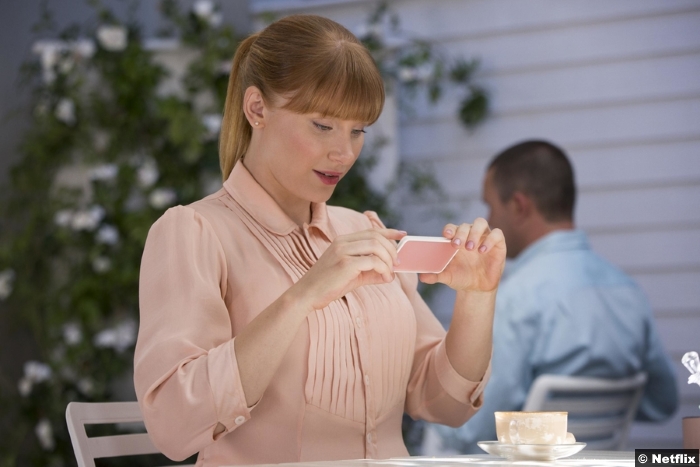 This isn’t to say that everyone lives happily ever after, though. Far from it, in fact. But for some characters, in some stories, there is light at the end of the mirror. Take Lacie (Bryce Dallas Howard) from the first episode, “Nosedive,” for example. In Lacie’s world, our need to be validated via social media is taken to its logical extreme. People receive implants that allow them to rank others on a one to five scale and also, see the ranks of others. (If this seems far-fetched, you must have missed the stories about the Peeple app.) It’s unclear from the episode how long this technology has been in existence, but it’s been long enough that your rating can affect everything about your life, including what neighborhoods you can afford to what medical treatments are available to you. Through a series of unfortunate events, Lacie’s score takes a, well, nosedive and she ends up having her implant removed. She looks terrified for only a moment, then she seems to realize how freeing it is to be able to be sad or angry or just human. How can you appreciate happiness if you never know anything else?

Ostensibly, that’s what young Cooper (Wyatt Russell) is trying to do in the next episode, “Playtest.” He’s backpacking around the world, which would be charming if we didn’t know that he was avoiding dealing with his mother in the wake of his father’s early-onset Alzheimer’s and subsequent death. When he gets to London, his bank account is hacked. This is but a minor inconvenience for him, as he just opens up the OddJobs app, where he can get quick work and enough money to get back to the States. A dream job testing video game technology seemingly falls right into his lap, but you should know by now that it’s too good to be true. Encouraged by his recent hookup, Sonja, to get footage he can sell, he leaves his phone on, which fatally interferes with the technology. This episode was fun and scary in parts, but the multiple fake-out endings robbed the real ending of the emotional impact.

The ending of the next episode, “Shut Up and Dance,” on the other hand, was a killer. This episode was most reminiscent to me of “White Bear,” an episode from the second season. In this one, teenager Kenny (Alex Lawther) is targeted by a group of online vigilantes after he downloads the world’s most ironic malware cleaner. They use his webcam to film him masturbating and then use the threat of releasing the footage to his loved ones to get him to dance like a monkey, metaphorically. Their demands become progressively more outrageous, until they finally end, but not before 1) they release the footage anyway and 2) we learn the rotten truth about Kenny. This abrupt reversal of sympathy for him is devastating. 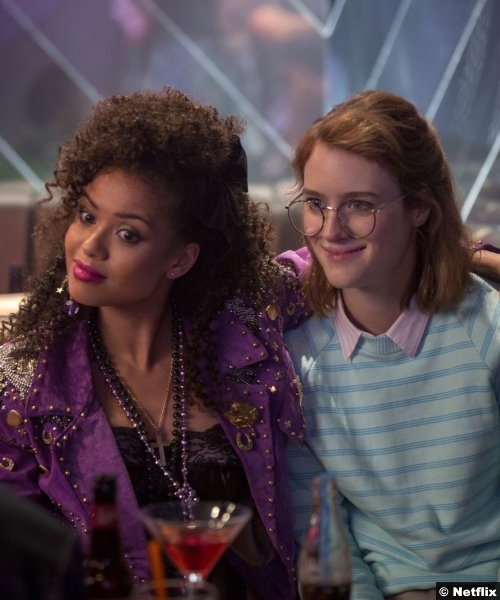 So after the cold shower of that, “San Junipero” comes on like a warm embrace, which is a weird thing to say about an episode that deals with the afterlife. It turns out, though, that in the not too distant future, you could live forever, kind of. So why not do it in a place like the eponymous town? Heaven truly is a place on earth. At its heart, the episode is a love story, about love that transcends consciousness, and it’s the best episode of the season.

It’s a pity, then, that it’s followed by “Men Against Fire.” This one isn’t bad, per se, just a bit of a slog. The title itself refers to a work by combat historian SLA Marshall that claimed that enlisted men (particularly in WWII) rarely shot to kill and encouraged training that would overcome this instinct. In this new imagining, soldiers apparently still have the same problem, so technology has been employed to fix that bug. But what if technology, but too much?

The biggest problem with the episode is both that the emotional beats just don’t hit and that it comes closest to the worst cliches about Black Mirror. Technology is a prison and the real monsters are people, man! Okay, maybe, but take it down a notch. 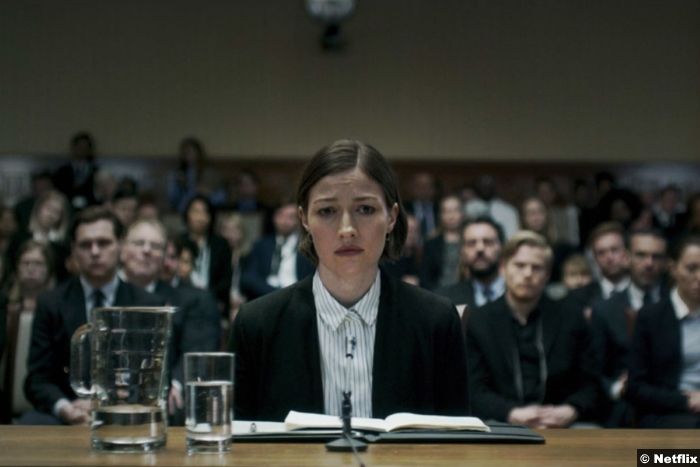 The final episode, “Hated in the Nation,” runs the risk of crashing against the same problems, but manages to swerve thanks largely, in part, to how great Kelly Macdonald is. Taking Desus Nice’s statement that “Twitter comes for everyone eventually” to its most terrifying conclusion, it shows us a world in which a hashtag is actually a front for a death lottery. And the murders are accomplished with the assistance of robot bees. It sounds ridiculous and it could have played as such, but again, it’s saved by the fine work of the actors. Kelly Macdonald’s determined face goes far and she makes it moving. (This episode is one of those, by the way, that hints that these stories take place in the same world, as there are references to the White Bear case, including the hashtag #SaveTheWhiteBearOne.)

8/10 – When it invests in actual emotion, Black Mirror season 3 soars. It falters when it gets too heavy-handed, when it depends too much on shaming its viewers. You catch more (robot) bees with honey, after all. As a whole, though, the season is pretty darn good. There are some minor weak spots, but it’s in good company. Not every episode of The Twilight Zone was a winner, either.