When I was watching the sixth episode (of eight) of Stranger Things, Netflix’s new show from the Duffer Brothers, I thought, This is great but how are they going to fill two more episodes with story? Then I paused the show to refresh my drink and noticed that the screen read, “Season 1, Episode 8.” And only twenty minutes left. “Nooooo!” I plaintively wailed at the realization that it was almost over. This is a testament both to the show’s quality and its immersive ability. 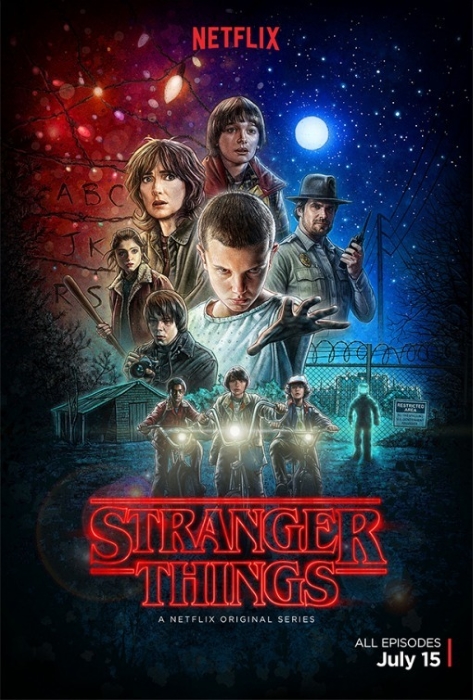 Despite the heavy subject matter–missing children, government experimentation, grief, etc.–this show is sublimely watchable. But you probably already know that. In case you haven’t binged the show already, 1) you need to get on that and 2) this is what it’s all about. Stranger Things is set in Hawkins, IN, in 1983. (Yes, they get the fashion right.) One night after a 10-hour-long D&D campaign with his buds, young Will Byers (Noah Schnapp) bicycles home and meets a scary stranger on the road. After running home and trying to rotary dial for help, Will disappears. Then stranger things (pun oh-so-intended) start to happen.

Will’s mother Joyce (Winona Ryder) is the first to notice that something odd is afoot. She has an uphill battle already, as she knows in her heart that her son is not a runaway, nor a victim of custodial interference. She knows something bad has happened to him. She must also know, even when she’s starting to piece it together, that the things she’s saying and experiencing are nuts. But her drive is to find her son and all that other stuff is just details.

This is why Stranger Things works, because the bones are strong. Take away the supernatural elements and it’s a simple story with a simple mystery. This is the story of how Will Byers disappeared and what it took to get him back. (It’s also the story of where he went, but that part is purposely left largely unexamined. It will come up later in season two.) His disappearance has a ripple effect over the week that he’s gone and the show takes its time depicting how the people affected process what’s happening.

First, of course, there is Joyce. She’s now a single mom, trying to raise two head-strong boys on a cashier’s salary. They live in a rundown little house, the kind that’s fallen to neglect and disrepair because it’s hard to get a lot of work done at night when you’ve been on your feet all day. Her other son is Jonathan (Charlie Heaton), a high school graduate who would love to get out of this small town and into NYU, but who might as well be hoping to travel to the moon. These are not revolutionary characters. Most of you probably know people like this or have even lived similar lives. But that’s the strength of the writing. These characters feel real, their portrayals lived-in, only an episode into the season. 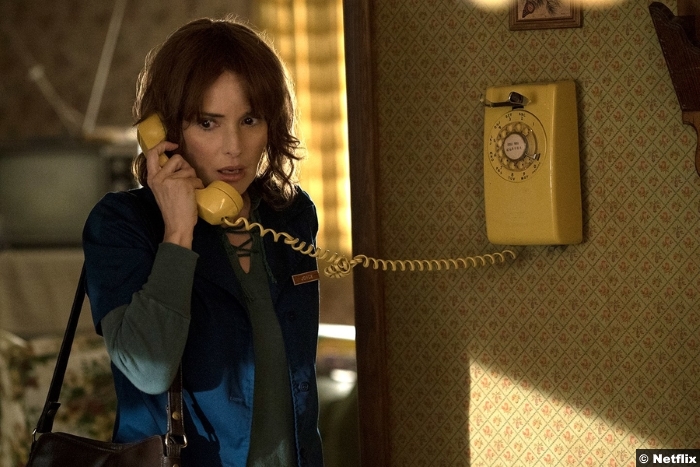 In fact, with few exceptions, all of the characters are well-drawn. This includes Will’s friends, especially the extraordinary Mike (Finn Wolfhard) and his sister Nancy (Natalia Dyer). It’s Mike who takes in El (Millie Bobby Brown), the mysterious little girl with even more mysterious powers. And it’s Mike and the other boys, Lucas and Dustin, whose understanding of the world shaped by science class and science fiction shapes our understanding of what happens. What we know about the “Upside Down” world, we know mainly because of them. The monster at the end of this book shares elements of various baddies from the 80s. Like how in Stephen King’s It, It appears as various things that scare children–spiders, clowns, and hey, famous monsters. Maybe pop culture shorthand is just the easiest way to express our fears.

Moving on, Mike’s sister Nancy (Natalia Dyer), a teenager, has just started seeing popular Steve (Joe Keery). It’s after a get-together at his house that Nancy’s friend Barb (Shannon Purser) goes missing just like Will, prompting Nancy to join forces with Jonathan. But Steve won’t be counted out and this, again, is a strength of the show. Steve could have been flat, a typical 80s movie prep who probably gets a comeuppance at the end, but this show allows him to have a real arc and to be a real person. 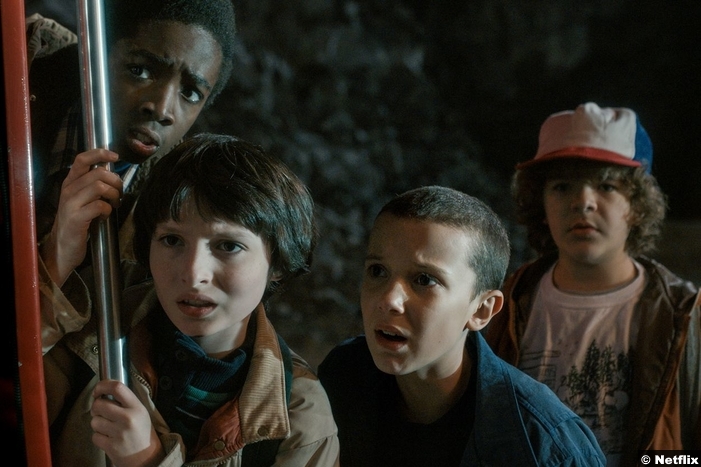 And again, this attention to character development pays off with police Chief Hopper (David Harbour in a standout performance). He’s deceptively introduced as just an alcoholic layabout, and to be fair, he’s not much more than that at the start, but Will’s disappearance and the threat to Hawkins that Hopper perceives spur him to action. The man who eschewed such taxing activities as hearing words when he finally arrived at work is now breaking into top-secret government facilities.

And that brings us to the weakest part of Stranger Things: Dr. Brenner (Matthew Modine). I want to be very clear here that I am not saying anything bad about Modine or his performance. Matthew Modine is an American treasure and we’re lucky to have him. In addition, maybe the Dr. Brenner stuff is so scant because like a deeper examination of the Upside Down, the Duffers are saving that for season two. Whatever the reason, it was unsatisfying. It left Brenner feeling like a cardboard villain. Hopefully, his story and his motivations will be more explored in the next season. But those last three words are the sweetest: the next season 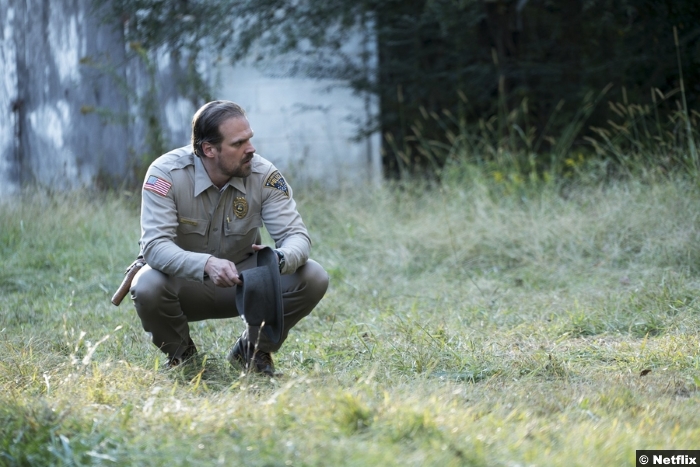 9/10 – It’s hard to be critical when what I really want to say is, “It’s so good!” I can’t wait to see where it goes next. It’s a love letter to 80s kids and to the pop culture they love(d). It’s Steven Spielberg x Stephen King (with a dash of John Carpenter, The Goonies, The Monster Squad, the first couple of Alien(s) movies, Predator, and some other things you used to describe as “boss” or “rad”) and if that doesn’t sound up your alley, then we don’t have much to talk about. But if your synapses just lit up, you’re going to want to watch this show as soon as possible. Or watch it again, more like.