The Walking Dead S09E08: Evolution – The Whisperers are revealed

The first part of season nine has been a half-season of two halves, which is technically two quarters. My terrible math metaphor aside, the first eight episodes of this season can be neatly separated to pre-and-post Rick’s exit. The first four episodes showcased a possible creative resurgence for the show after two seasons in the doldrums. The war against Negan and the Saviors was won and now it was about each settlement, including the defeated Saviors, learning how to co-exist with each other. Rick especially wanted to make this happen, specifically to honor the vision of a new peaceful existence that the late Carl Grimes was sure his dad could achieve if he just mended his ways a little bit.

The Walking Dead has always thrived on the complications of living in a post-apocalyptic world, especially when a zombie outbreak helps the surviving humans regress to the types of societies that subjugate the weak. The defeat of Negan stopped all that, and while Maggie and Daryl plotted to kill Negan for good, which Maggie failed to do then disappeared from the show, the tension between the characters we’ve been following for so many years was what led to the reappearance of some dramatic sparks.

Then Rick left the show, and The Walking Dead jumped forward in time for the second time in five episodes and for the last three weeks we as viewers have been trying to play catch-up to this new reality. In all fairness, The Walking Dead did not put its best foot forward here. Instead of filling in the blanks of why Alexandria is cut off from The Kingdom and Hilltop- the most we’ve been given is that it’s apparently Michonne’s fault, we have been following the progress of a new group of people and, for some damn reason, a teenage Henry. And let’s not forget that Negan is still locked up in Alexandria as he fires off witticisms about his shit getting up Gabriel’s nose. If you ever wanted the exact opposite of Hannibal Lecter’s charming style of behind-bars evil, The Walking Dead has got you covered. I miss Rick.

By far the most noteworthy addition to this season, post-Rick, is the talking walkers. I understand that a lot of fans are ahead of me in terms of predictions about the exact nature of these walkers, and their theories have been confirmed as The Whisperers make their Walking Dead debut. As reveals go, this wasn’t the worst, or most disappointing that the show has pulled off. I was quite vocal in my opinion that talking zombies didn’t exactly cause a lot of excitement, but the show may have shot itself in the foot in terms of this reveal. As Aaron, Daryl and Jesus were trying to get Eugene to safety, Eugene had a few theories of his own in terms of this possible evolution of the dead. If the zombies could communicate with each other then they would become much more dangerous thanks to a new-found power to organize themselves. The idea of a herd circling a particular piece of land looking for Eugene was an admittedly effective idea.

Except that’s not how things went down. Instead, we have The Whisperers: a group of humans who wear the skins of walkers to blend into the herd and direct the walkers. The reveal of these new foes was quite effective, though completely telegraphed, by Jesus’ “sudden” death. While he’s spinning, kicking, and stabbing walkers one ducks the shot and stabs him saying, “You are where you do not belong,”. I have never been a huge fan of Jesus, in fact I’ve actively hated him at times: mainly due to the potential shown in his first appearance which was replaced by the same old moaning about being in charge while giving other characters little nuggets of wisdom from his college diaries, but at least he got a good death. 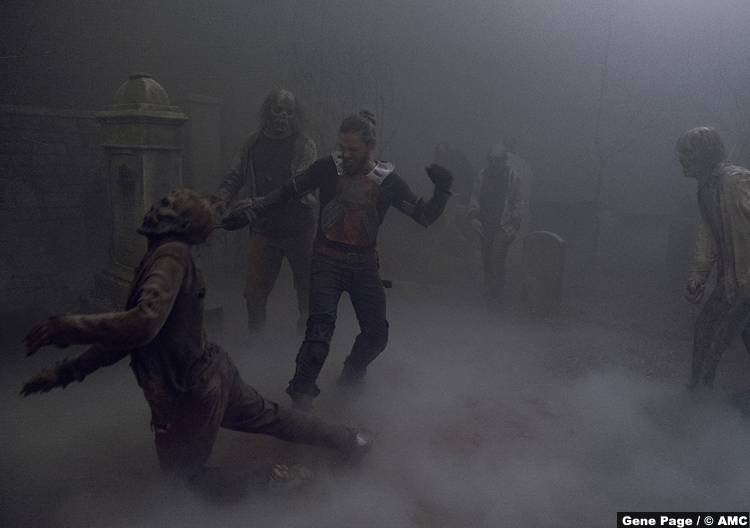 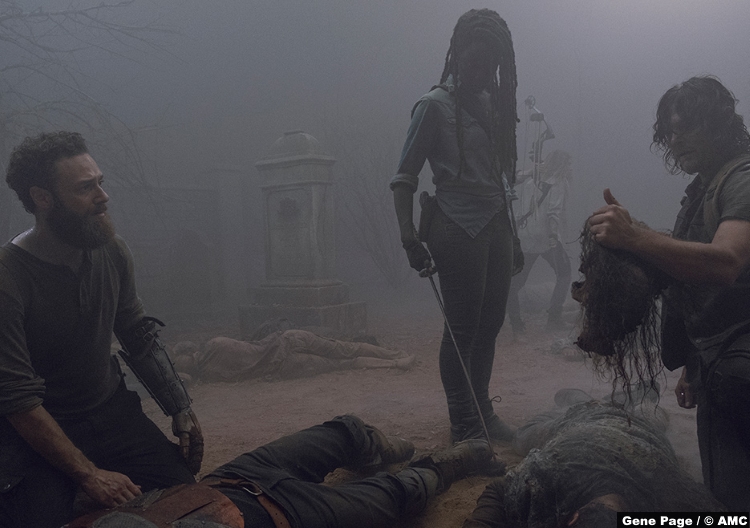 What this means for the show is sadly much less exciting than it first seemed. While the idea of The Whisperers is extremely cool, though I would love to know how many masks they go through a week considering they’re working with decomposing tissue, it can still be whittled down to the show repeating the same story beats. We’ve seen this so many times before, the good guys have to fight new human villains after a time of relative peace. Let’s just hope The Whisperers presence in the show can disprove my theory and actually be, well, interesting.

Though they don’t need to do much to be any more interesting than the rest of Evolution. Other than the perfectly fine survival horror of the main plot, the rest of the episode was spent with characters that I couldn’t care less about. I’m fairly sure I’m not alone in my hatred of Henry. It’s not his fault I just hate all kid-heavy stories on The Walking Dead, and Henry’s night on the sauce gave me bad memories of Carl and Enid. I’ll give Henry one thing, he isn’t a sociopath like the other two boys, he actually respects the fact that the walker they used for fun used to be a person. 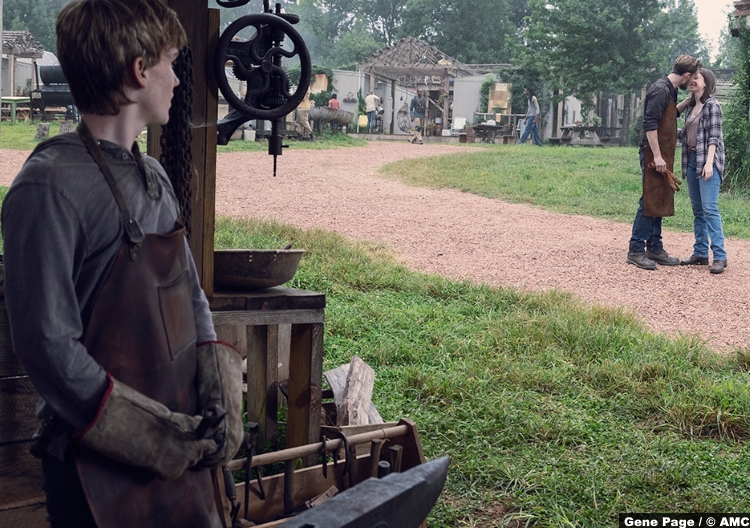 Speaking of someone who used to be a person, at least that’s Gabriel’s opinion, we get more Negan than I would like this week. Part of this mid-season cliff-hanger was Negan escaping through the conveniently open cell door. Let’s hope the writers kept him around for a reason that isn’t just him returning to his old ways because if the last few episodes of The Walking Dead are anything to go by, the old ways are best left alone.

5/10 – Eugene’s rescue should have dominated this mid-season finale, but instead, we were forced to watch characters that no one cares about anymore.