The Walking Dead S09E03: Warning Signs – This is what happens when Rick wants a day off

Season nine of The Walking Dead has been terrific, so far. While the underlying fear that the show will eventually regress into the bad habits that have tainted my enjoyment of this post-apocalyptic story for what has literally been years, I can’t deny that these first three episodes have got me caring about what happens to these characters. Gone are the days where the thought of watching The Walking Dead basically paid my bile overtime (it’s frankly nice to give it a rest) as this new season has done the impossible, righted a ship that had sunk to the bottom of the ocean. Warning Signs is another strong episode where the plot is completely in service to themes and characters that actually have some weight to them. Every week it feels like the show is peeling back yet more layers to things that actually matter, and that’s great, that’s what a great television show is supposed to do. Seriously, I can’t believe the enthusiasm I have for The Walking Dead again. Oh hope, how I’ve missed you. Okay, the gushing is over so let’s get to why Warning Signs is so great.

Just to be clear, The Walking Dead hasn’t all of a sudden become as good as something like The Americans, it was never as prestigious as many wanted it to be, even in the earlier seasons. What the show did well was put us in the relatable shoes of people who were trying to survive a world-ending event. While the feeling that any character could be killed at any time was a thrilling concept, at least until Game of Thrones kicked its ass in that regard, The Walking Dead excelled in making these implausible situations feel dramatic. Most of us live in relative comfort, so to see a bunch of people having to rely on methods of survival that went out with the microwave was a thrilling experience and fueled many hypothetical conversations about what we would do if the dead rose up and started craving the proverbial happy meal with legs.

Then the show breezed through Terminus and we started seeing the same formula getting repeated over and over again. The group would settle in a new place, clear it out while Rick went crazy and then have to fight against some big bad with more affectations than actual character. The war against the Saviors sucked, even if they were arguably the most interesting part of the back half of season eight. Season nine has scraped the big bad for something a lot more insidious. While the last two years have expanded the show’s cast- it felt like we were going to a new bloody settlement every two damn weeks, this is paying off handsomely now that the war is over. The Walking Dead has never attempted this kind of story before, not to this size. Season nine is posing some very interesting questions like, what does winning really look like? Rick’s way is about achieving harmony between everyone who is left, even the surviving Saviors. 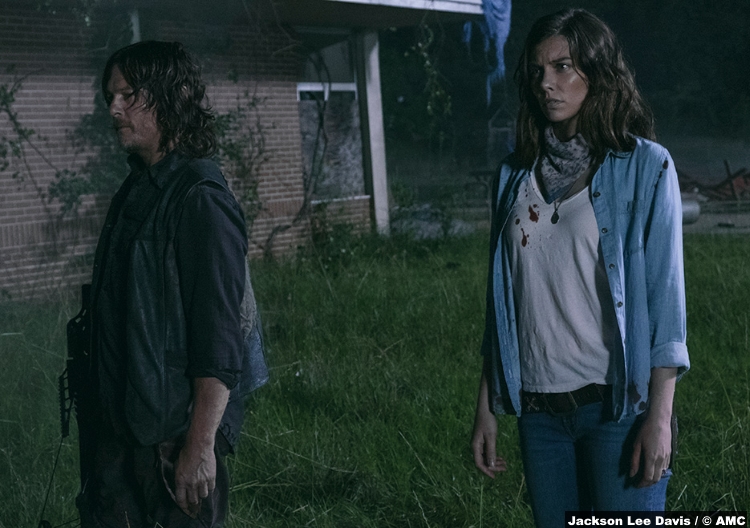 Maggie and Daryl are on the other side of the fence, in that they can’t forget the trauma and loss that the Saviors reaped upon them. Warning Signs shows in the clearest terms yet that there is a lot more decent in the ranks than Rick is willing to believe. The structure of the episode puts this plainly: Rick is still trying to see the sunnier side of the street, even daring Michonne to take a day off with him an Judith. The scenes in which these three are allowed to be nothing more than a family are touching, especially because of the presence of Carl in spirit. Rick is clearly still driven by Carl’s hopes for the world post-Negan, and Rick has co-opted that view as well. Except someone is killing Saviors and they are understandably pissed. 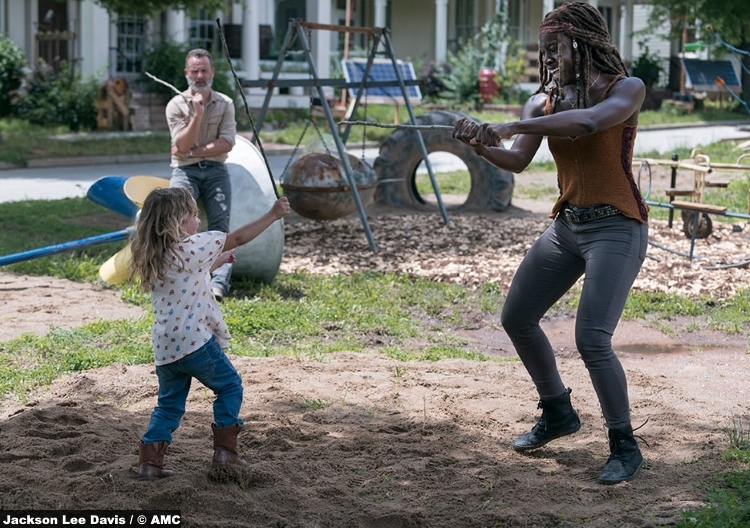 Warning Signs makes it clear that Rick may be kidding himself, but he’s not the only one willing to believe in positive change, Carol and a few other Saviors want the same thing. That goal seems to be increasingly impossible to realize as it’s not just the Saviors that don’t share Rick’s way of thinking. On the other side of the ideological line is Maggie and Daryl, and as the episode progresses we see more and more just what that means. Maggie and Daryl have every reason for wanting all Saviors wiped out, and they are far from alone. In a not so surprising twist, it’s revealed that it’s the women of Oceanside who are icing every Savior who was complicit in massacre their husbands, brothers, and sons. 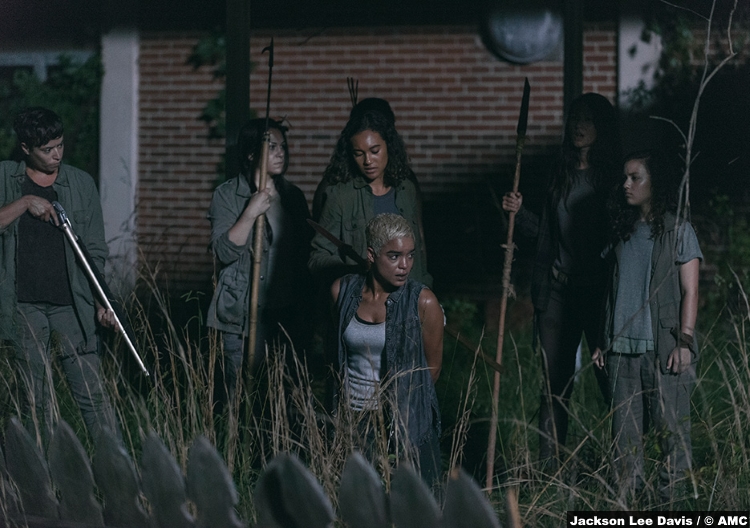 Crucially they feel the power to do this thanks to how Maggie dealt with Gregory. You would think that this information would horrify Maggie, she hung Gregory as a statement but not as the right way forward. But these are Saviors, the same people that helped Negan kill and hurt nearly everyone that Maggie loves, and the same goes for Darryl. That they both stood by and let the Oceanside women exact their revenge is proof that they don’t believe in Rick’s new world, that some enemies can’t become friends due to the amount of blood that has been spilled between them. You can’t build a bridge unless without unity.

9/10 – The Walking Dead has scraped it’s stale formula for something much more engaging. Keep it up show, keep it up.