The Walking Dead S09E04: The Obliged – Strong performances save this episode from being season 9’s first misstep

I’ll start this week’s review with a question: what do you think about the way that The Walking Dead hypes itself between seasons? Before season nine the most high profile example of this was the question of who Negan killed, which sparked lively debate among the show’s fans and was a lot more interesting than the answers we were finally given. In hindsight, the decision to focus on what was a ghoulish game of batter-up went against the show as all it did was make fans come to terms with the fact that we were definitely losing a character. This completely took away the shock and the emotional punch that this scene, which had been built up for what felt like forever, should have had. The fact that we all knew ahead of time that Andrew Lincoln was leaving the show after a set amount of episodes has robbed The Walking Dead of the shock of his exit if it came out of nowhere.

I don’t think for one minute that Rick has met his end as the credits rolled on The Obliged, though there is a pleasing symmetry to the scene in the pilot when he was surrounded by Walkers in the tank. It’s also no mistake that Glenn’s intervention, which saved Rick’s life, was brought up in this episode by Daryl. Yet that knowledge that Rick is nearing his end is kind of robbing the show of the tension that this particular story would have if we didn’t already know about Lincoln’s exit. While Rick’s impalement as two hordes converge on him isn’t a silly as say Carl getting bitten by a random Walker because he was being as stupid as usual, there is an unavoidable sense of the show trying to get a reaction from us that it hasn’t really earned. In all probability, Maggie will save him in time for Rick to get a full, drawn-out episode of a goodbye that will stop the season’s momentum dead. 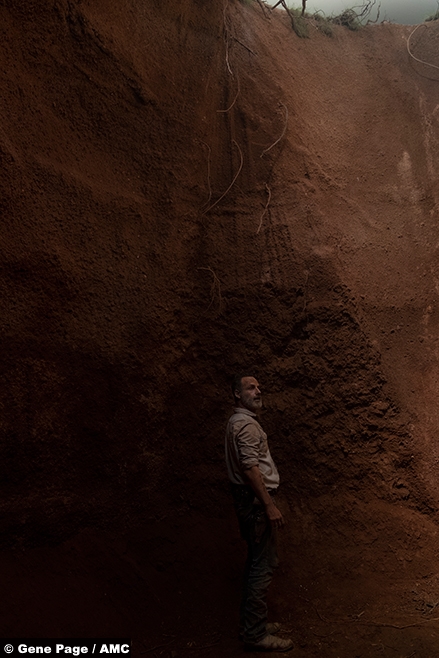 On the other hand, and this is just my own theory, what if Rick died in that hole while trying to save Daryl? Would it have been cheap? No question, but it would have hoodwinked those of us who are counting down the confirmed amount of episodes before his exit. Not only that, it would have a huge effect of Daryl, making him somewhat responsible for the death of the man he calls brother. Instead, The Walking Dead is sure to drag this out to the point that I’ll probably want Rick to just die and get the show’s proper new era started. So, the ending of The Obliged is a weak one, though it does put across the idea that The Walking Dead’s world is just as cold and unforgiving as it ever was, but the rest of the episode is mostly strong, especially due to the performances of Lincoln, Norman Reedus, and Danai Gurira. 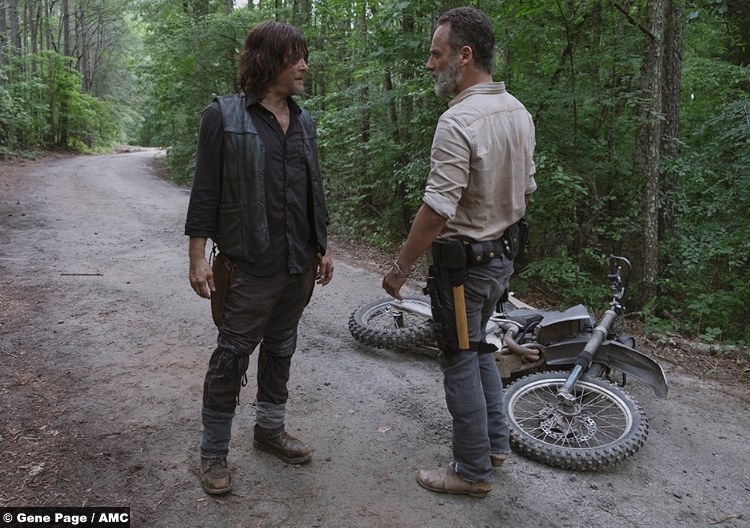 One of the main reasons why this season of The Walking Dead has a feeling of renewed energy is down to the performances of the main cast and this was showcased to great effect in The Obliged. Part of that is certainly down to the change of showrunners as Angela Kang and her team are crafting a season-long narrative that digs into what these characters want from the new world that they fought for over the last two seasons. Both Norman Reedus and Andrew Lincoln are fantastic when they are put in a dangerous situation that forced them to talk things out. It’s quite amazing to how good Reedus is here as he perfectly puts across Daryl’s problem with Rick’s new world order, that forgiving and forgetting can sometimes be impossible. This scene isn’t a retread of the stupid fight they had last season, instead, it uses the history that these two characters share to show the reasons for their differing points of view. Rick desperately wants to create a world in which the deaths of the likes of Carl and Glenn can be avoided, and his view that Negan’s death will turn him into a martyr is reasonable. At the same time, Daryl’s need to see Negan dead, shared by Maggie who is going to Alexandria to do just that, makes sense as well because Negan’s continued survival allows a portion of the Saviors hope for the previous status quo to reassert itself. 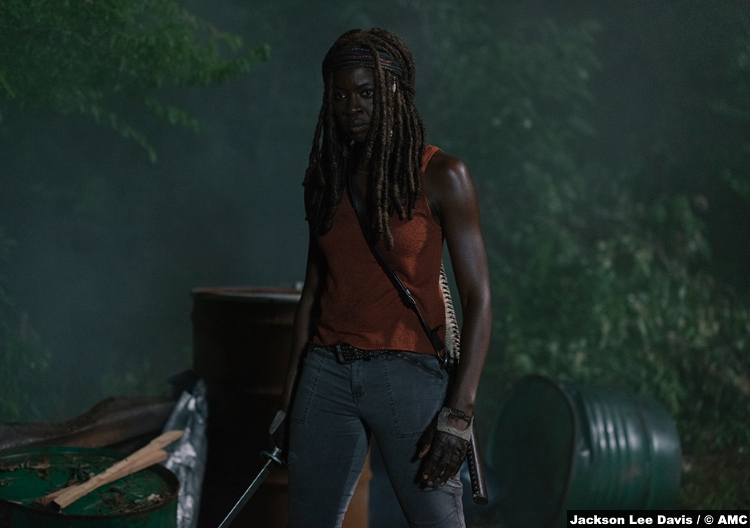 The real star of The Obliged is Michonne, as the episode elegantly puts across the pull between her old life of chaos and the new life of order that she is trying to implement. Michonne’s need for a little extra-curricular Walker killing sprees shows that it isn’t easy to leave your old way of life behind. I’m less of a fan of the Negan conversation as it stinks of the old cliche of the villain and the hero being basically the same person but on different sides. Negan has outstayed his welcome as a character that has any effect on the plot other than symbolic. It’s a testament to Michonne that these scenes don’t feel like a total waste as we are shown her renewed strength and her need to keep mo for the betterment of everyone, the opposite of Negan’s subjugation of everyone who isn’t him.

6/10 – The Obliged is a mixed bag of an episode, clearly the set-up for what will get paid off next week, but there is still a lot to sink your teeth into even if some of it felt like The Walking Dead of old.