The Walking Dead S09E05: What Comes After- A helpful reminder that this show can be really awful

As What Comes After, the fifth episode of season nine of this creatively resurgent season of The Walking Dead approached I found myself wondering if the show was going to completely blow it when it came to Rick Grimes exit from the show. While this season found a new narrative cohesion thanks to the trickle-down tension between a bunch of different communities trying to put their past bloodshed behind them, it was all going to grind to a halt when Rick was supposed to have his death scene. Yet despite a few returning faces, a gaping stomach wound, and perhaps the least dangerous Walker herd in the show’s history, that death never came. Instead, we got an episode mostly free of tension, with some returning familiar faces, though not exactly the ones you would expect, and a time jump at the end that makes me dread the next three episodes before the mid-season break. Good job The Walking Dead, you reverted to type. 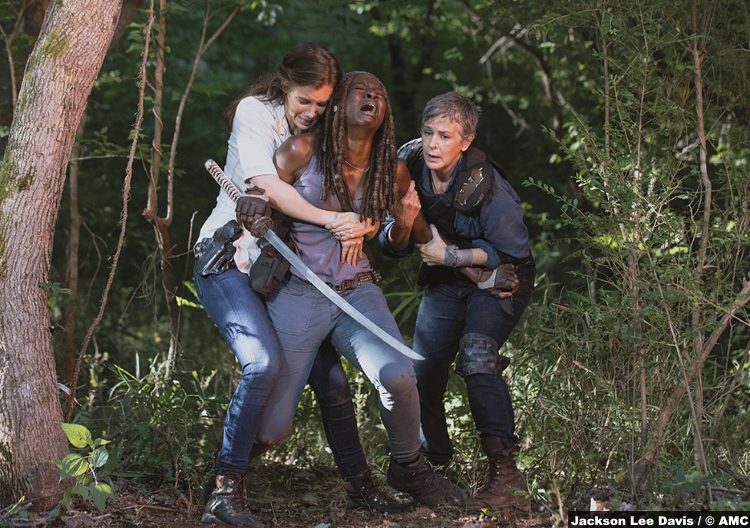 So, Rick didn’t die. After his existential mind journey (I happen to love when shows do this, but this one was incredibly sloppy) and a lot of hunching and heavy breathing, leading to an explosive, unearned ending The Walking Dead pulled the rug out from under us by literally going for option B. We didn’t even know option B, but there was Anne and the mysterious helicopter to take Rick away to the land of television movies. That’s right, after hearing how this was going to be Rick, and Andrew Lincoln’s grand exit from the show it was announced that this was a crock of sh!t as he is starring in three new movies that will explore the show’s world with a much grander scope than the show. 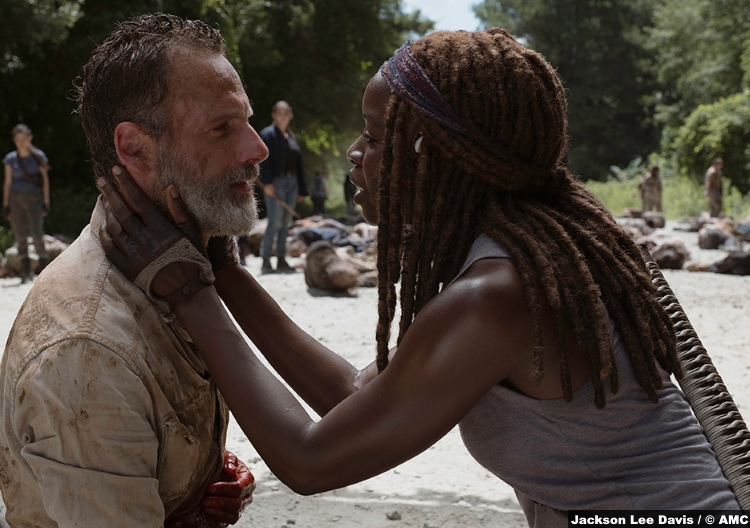 Last week I questioned the ad campaigns that are designed to get us excited for The Walking Dead between seasons. I mentioned the Negan cliffhanger and how the constant call to theorizing about exactly who he killed ended up hurting the show. The exact same thing has happened here. We’ve been told for a while now that Rick was leaving the show, even the word deadly was used, so we as viewers were prepared for the exit of the show’s main character and then got handed this damp squib of an episode and told “haha, gotcha, we’re miking this baby dry and we don’t care if you’re satisfied”. Well, just taking a cursory glance at the reactions, both critically and from the fans, this gambit did not pay off in the slightest. Instead of an emotional goodbye to The Walking Dead’s lead character we got this bait and switch crap that robs the intention of an emotional pay-off and replaces it with a shrug.

What Comes After as an episode in itself only serves to show that when The Walking Dead try an get emotionally ambitious in their story-telling, it comes across as flat and uninteresting. Sure, I was a huge fan of Rick getting himself out of being impaled by a bar and surrounded by the herd, because Rick has always been a survivor, but the three ghosts idea would have had a lot more impact if who they picked didn’t immediately make you think that the actors they really wanted weren’t available. The only one that worked was Shane, but that’s mostly down to Jon Bernthal and Andrew Lincoln’s chemistry, something they use brilliantly in only a few minutes of screen-time to suggest the wealth of history between the characters. It’s an interesting notion that Shane represents that savage, survive at all costs nature within Rick, Shane reminds Rick of some of his more brutal kills to get him motivated, but it’s an idea that isn’t explored much after this. 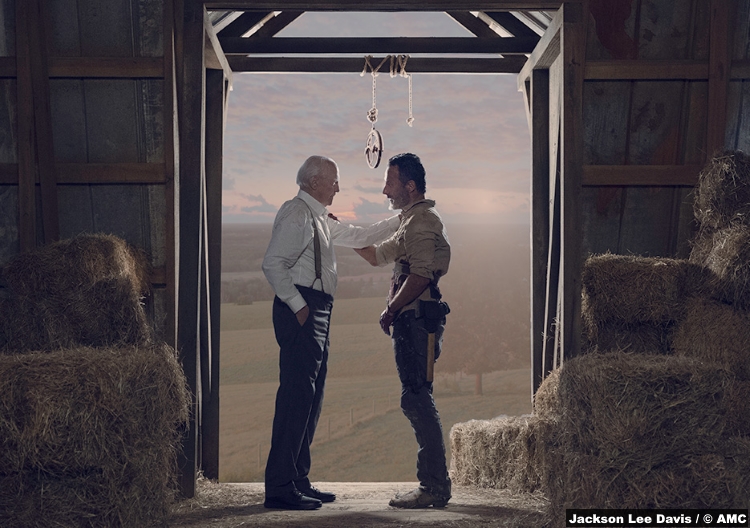 Herschel, while it warms my cockles to get one last glimpse of Scott Wilson, who sadly died just as season nine began, doesn’t have the same power, and Sasha has even less. I like to think Sasha’s it doesn’t matter speech was really Sonequa Martin Green saying “leave the show as fast as you can. I left and now I lead Star Trek Discovery.” While Rick had a connection with both Shane and Herschel, those character’s and their influence hasn’t affected the show in well over five years. What I really want to know is, was Chandler Riggs really not available? 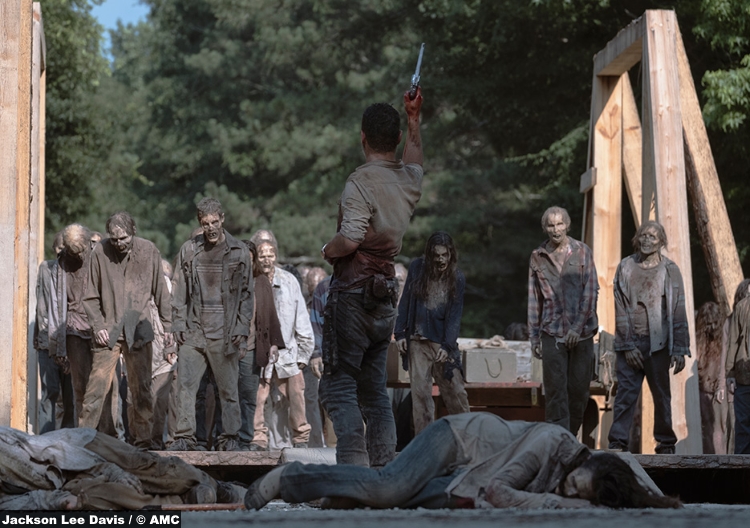 While Rick may not be dead, his time on the show seems to be over, the episode ended with a time-jump that revealed an older Judith saving a bunch of people by pulling off head shoots with a revolver from the treeline, this girl has some skills. Will The Walking Dead move forward without Rick? I’ve got to admit, I don’t like their chances. Apart from season one of Game of Thrones, I can’t think of one show that got better after the main character left. Vikings is still floundering, Two and a Half Men was never funny in the first place, and, as annoying as he was, Scrubs couldn’t go on without JD. I don’t like The Walking Dead’s chances. 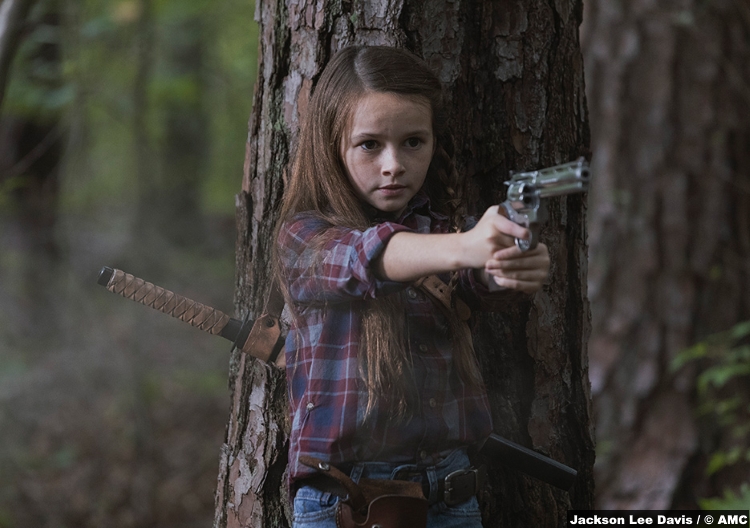 4/10 – What Comes After is a complete disaster of an episode. Rick didn’t get the episode he deserved, we didn’t get the emotional goodbye we deserved, and no one really changed or learned anything. Apart from Maggie, but the rumor is that she has just disappeared from the show as well. From what was a surprisingly entertaining season, The Walking Dead has backslid spectacularly. For those of you who feel that this episode is the final straw, I respect your decision. For those of you still interested in this garbage fire, I’ll see you next week.