The Walking Dead S09E02: The Bridge – Cracks are getting bigger in Rick’s new world but the show is getting stronger

Since reviewing last week’s season premiere, I’ve been thinking about why I rated A New Beginning so highly. It was a great episode, full of intriguing possibilities of where this formerly dreadful show could go now that the focus has been taken away from Negan. But 9/10 seems like far too high a grade in hindsight, for two reasons. The first is that The Bridge is getting the same rating at the end of all of this analysing, because this was a truly great episode that is far better, and even more nuanced than last week’s episode. The second reason is that, after having a week to think it over, I realized that I got a little too excited at the prospect of The Walking Dead being good again, and The Bridge more than backs up this feeling.

So, how has The Walking Dead seemingly turned it around? Let’s be clear, I’m still holding my breath in preparation for the likely disappointment to come, but it’s been years since the show gave us two really good episodes in a row. The surprise at this fact isn’t just about the quality of this specific show. As I’ve said since I started reviewing the show, it’s extremely common for any show, especially one that has had a longer run of quality than The Walking Dead, to hit a point of fatigue around season six or seven. It happened to Buffy the Vampire Slayer: though I’ll go to bat for season six being much better than you remember, it happened to Supernatural, though that was more about the original showrunner understanding that the story he wanted to tell was wrapped up within the first five seasons. Then there are crime procedurals like Castle or Bones where the characters become either completely static, or the actors know their roles so well that the can do the job in their sleep. The Walking Dead has had all of these problems, though I reiterate that, like Buffy, season six is better than you remember.

After Negan was defeated, ending a two-season long slump, The Walking Dead has somehow found a way back to what the show was good at in the first place: mainly using the post-apocalyptic setting as a back-drop for character-driven stories rather than plot-driven characters. Season nine has given us a new post-Negan world in which each community has banded together with the goal of becoming a society that is concerned only with the betterment of themselves and their neighbors. We have some new combinations like Carol and Ezekiel proving all of you shippers right, the frankly bizarre pairing of Anne (the artist formerly known as Jaydis): who are responsible for the funniest scene in the episode as Anne grabs herself a handful of Father’s little Gabriel, and a host of characters who used to be trying to kill each other now working together. This is fertile ground for drama, and The Walking Dead isn’t wasting any time as it continues to sow the seeds of doubt in Rick’s brave new world. 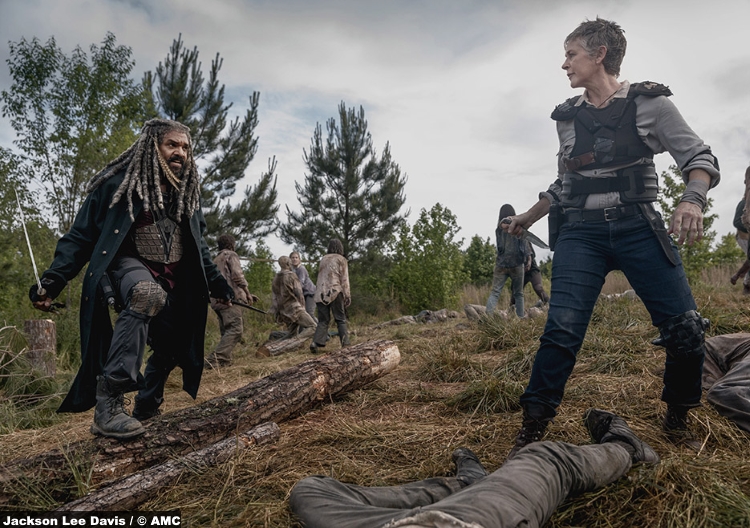 There is a freshness to the story-telling as The Walking Dead has finally broken the cycle of having an external Big Bad try to destroy Rick and the gang, instead, the characters must deal with subtler threats from within, threats that Rick doesn’t seem to want to recognize. Two episodes in and the show’s best character is undoubtedly Maggie. It’s been a month since Gregory’s hanging and Maggie is still working out her grove when it comes to leadership. While she spends the episode getting a little bit patronized by Michonne and Jesus, though especially Jesus, Maggie looks to her past, her own experiences to inform her decisions. Said decisions deal with how to handle Earl after he drunkenly tried to kill her. While Gregory was a weasel who wasted every chance he was given, Maggie tries to understand Earl’s actions as the two share a terrific scene as Earl reveals his past troubles with alcoholism. 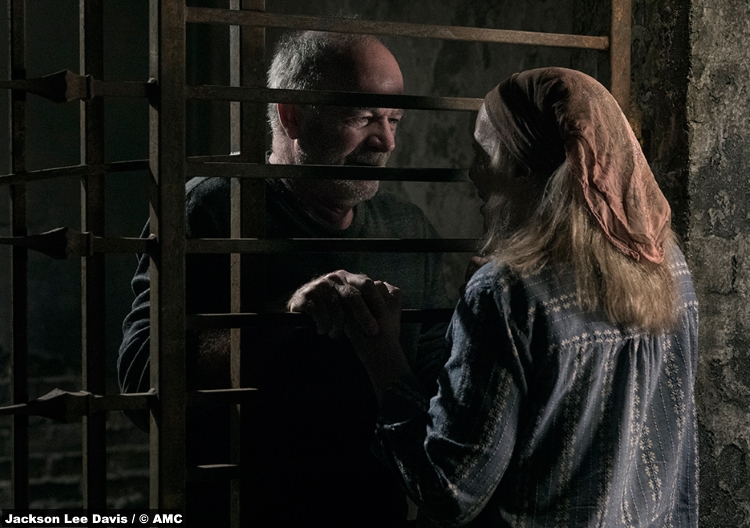 There is a truth to these scenes that The Walking Dead has been sorely missing. At times in the past few years it felt like the writers were trying to dress up their lessons of morality with flowery speeches that forgot the point, or the threatening Negan kind that smashed you over the head with it. Maggie and Earl talk plainly about the problem at hand, and this, as well as Maggie’s own experiences with Herschel’s drinking problem, helps inform her decision to give Earl a chance to atone for his actions.

There’s no atonement for Negan as Rick taunts him with how great and rosy everything has been since he was defeated. While I like Jeffrey Dean Morgan’s Lecter-like taunting, Negan doesn’t need to fit here. The truth is that Rick’s blindness to the little cracks that are appearing here and there, which is coming between himself and Darryl, are just as interesting without Negan. The ticking timebomb that is the surviving Saviours has enough dramatic weight without Negan. Still, Negan’s presence is a small price to pay for the show trying to be great again. 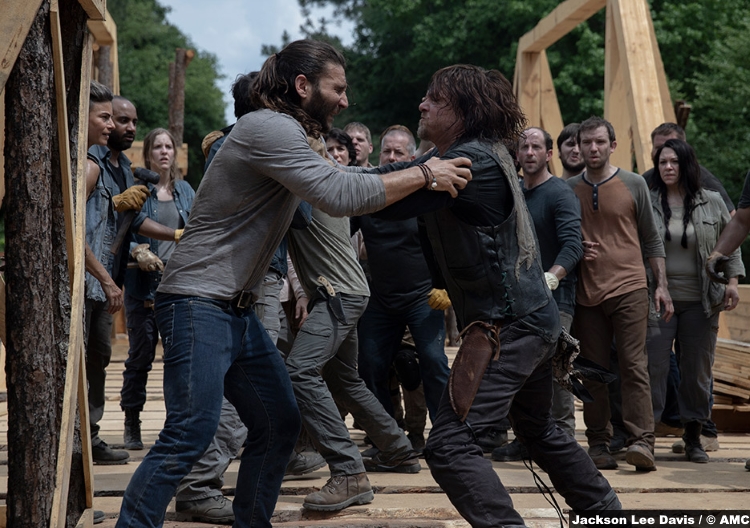 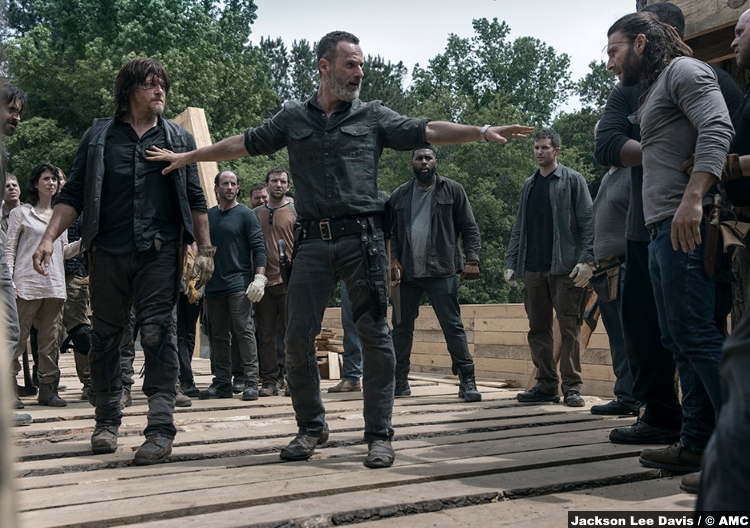 A real signal of the quality that this admittedly short run of episodes is the fact that Walker attacks have real consequences again. Ken’s death last week helped introduce Earl and his wife Tammy, both of whom are strong additions, and this week’s attack cost poor Aaron his arm. That’s another thing, even Enid was good in this episode, Enid!

9/10 – Two episodes into season nine and The Walking Dead feels like a show reborn, let’s hope it lasts.