The Walking Dead S09E07: Stradivarius- Another episode that sees the show continue to decline

Stradivarius is basically a typical episode of The Walking Dead, at least how the show has been in the last few couple of years. It’s mostly dull, except when it relies on the chemistry of two fan-favorites while killing time until the mid-season finale. Remember the big reveal of the (apparently) talking Walkers? Well, this episode mostly ignores it for the type of auto-pilot narrative sludge that I hoped the show was finally finished with. Season nine has been extremely lop-sided. Beginning with the excellent underlying confrontation between Rick and Daryl and Maggie about what a post-Negan world should be, the show has regressed back to its worst habits while nullifying what made the first half of this half of season nine compelling in the first place.

Part of what made the first part of season nine so good was the ticking clock leading up to Rick’s exit. While I’ve complained about how AMC and the show’s creative team handled this exit, mainly the fact that they used their hype machine to trick us, Rick’s inevitable exit made the world he was striving to create feel more real through the knowledge that he was probably going to fail. That’s the kind of tragedy that The Walking Dead used to be good at, but the show completely fumbled Rick’s fate with another ill-advised time jump to the point in which we as viewers have to continually play catch-up. It’s frustrating to say the least, especially because this particular narrative leap makes the good part of this season seem completely useless. To put it lightly, I’m peeved at the show, and I have questions.

Time-jumps are an extremely volatile narrative device. When done right, it’s a fun way to re-contextualize characters and storylines that felt stale, like Fargo season one, or Parks and Recreation in season seven. The Walking Dead pulled off this kind of time-jump at the beginning of the season by fast-forwarding to the new reality after Negan and the Saviors defeat. As an unofficial rule, you probably shouldn’t try this again a mere five episodes later. The truth of it is, the show has given us all of these new questions: like what’s the deal with those X scars that Daryl and Michonne have? Why did Maggie decide to leave the Hilltop? What caused the rift between the communities? Is Oceanside still part of the story? Stradivarius doesn’t answer any of these questions, and with the mid-season finale focusing on saving Eugene, we probably won’t get any answers until February.

In all fairness, this episode does answer some questions, just not the questions that are important to me. We find out that Daryl is living in the woods by himself because he was looking for any sign that Rick is alive, since they never found his body after the explosion on the bridge. After this fruitless search it just became easier for Daryl to stay out there, even getting a canine companion in the bargain. Here’s an easy prediction, Dog is now the most popular new character in the show, well it wasn’t going to be Dan Fogler was it? 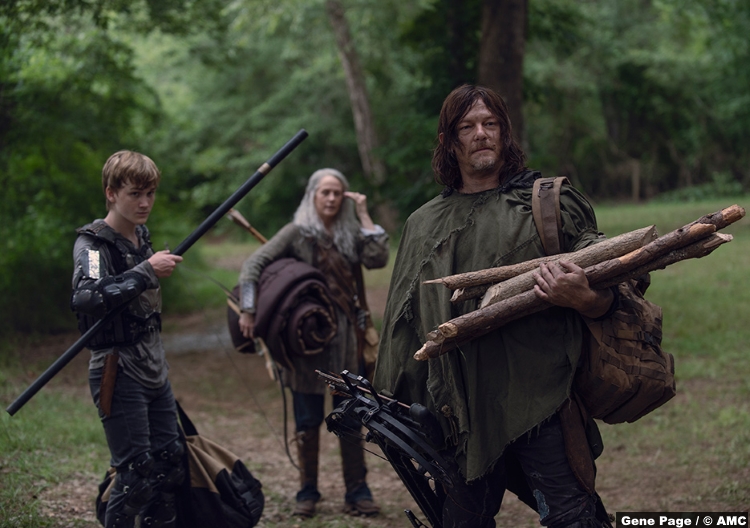 While Daryl’s reasons for cutting himself off from everyone else doesn’t make for compelling television, these scenes are saved by the chemistry shared between Norman Reedus and Melissa McBride as Carol. Carol and Daryl may be the most consistently great relationship of The Walking Dead’s nine seasons which means that they can still make even the most boiler-plate storytelling entertaining. There may even be hope that Henry isn’t just another annoying child on the show as he is the one who eventually brings Daryl back to civilization, even if Daryl immediately turns around to look for Eugene. I may be giving Henry too much credit, but he helped save Dog so he gets a pass this week. 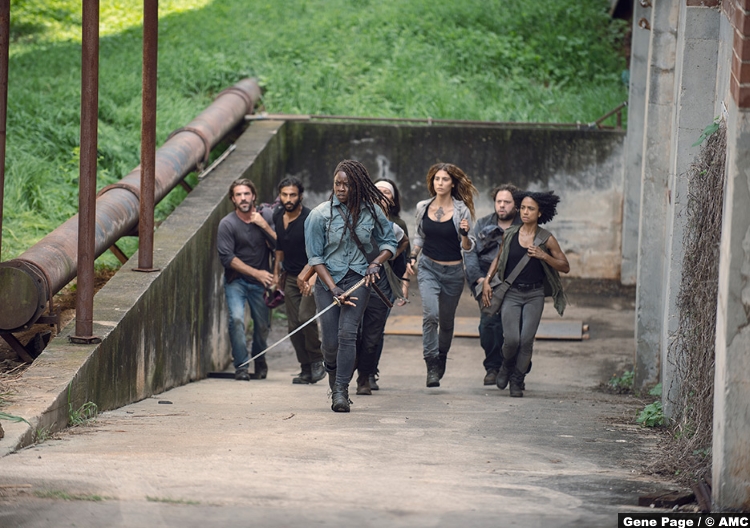 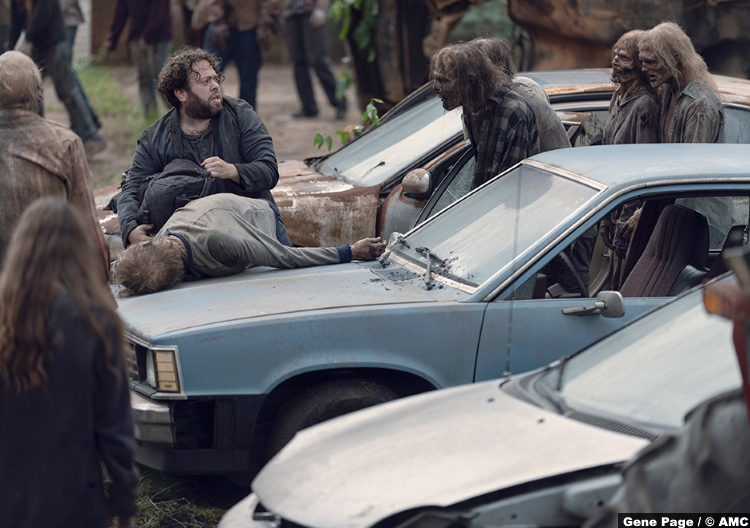 The rest of the episode fails to get a pass, mainly because it’s so dreadfully dull. The new group of survivors continue to be mediocre and a little stupid, art isn’t going to save this world and that’s a dumb conversation to have in the first place. Frankly, if I was Michonne I’d just kill them because they’re dead weight and time wasters. We’ve just had another time-jump, I don’t care about newbies when what happened between the old guard is still shrouded in needless mystery. This plot also featured my least favorite method of exposition: characters telling other characters how they feel. Ok, that’s a bit confusing so I better give you the example: Sadiq telling Michonne how she feels, its lazy, its preachy, and I’d punch him in the mouth if he talked to me that way. Michonne is supposed to be in charge, and I get that she feels conflicted about this new group, but Sadiq’s method of communication only undermines her position. 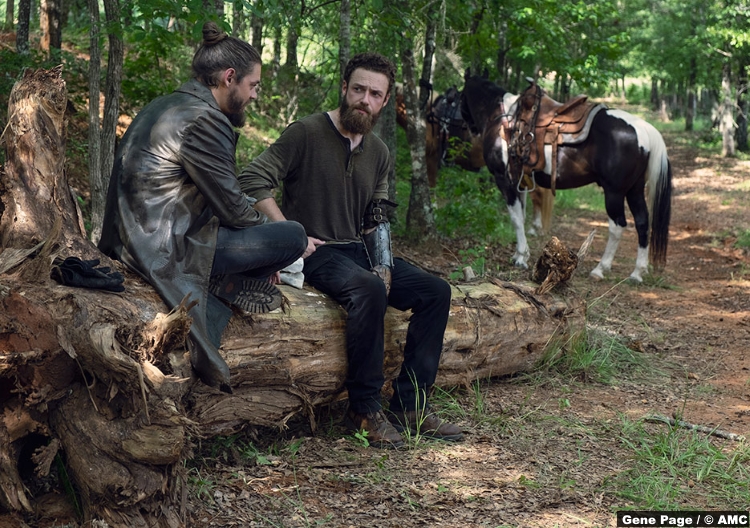 Finally, there’s Jesus, who spends his time brooding to Jesus and Mary Chain records when he’s supposed to be in charge. Great band, one of my favorites, and the lyrics seem to promise an eventual breakdown of this society, but c’mon, anyone who has been paying attention should know that Jesus doesn’t want to be in charge. He didn’t step up when Gregory was in charge, and he would rather teach Aaron those sweet fight moves than lead. This is what I mean about this episode being dreadfully dull. The conflicts aren’t earned due to the time-jump so the show has regressed to the kind of episode that kills time until the mid-season finale.

5/10 – Just like last week the points go to Carol with an assist from Dog, but the rest of the episode is a snoozefest.