After the tragic events of last week, both Bill and Brady have to figure out their next steps. For Brady, it’s pretty simple. He’s only gotta see if he can repeat that body snatching trick. Bill’s next steps are much more difficult.

That’s because, while he’s starting to get an inkling about what Brady’s up to, it’s going to be a challenge to prove (or stop!). But still, he trudges on. 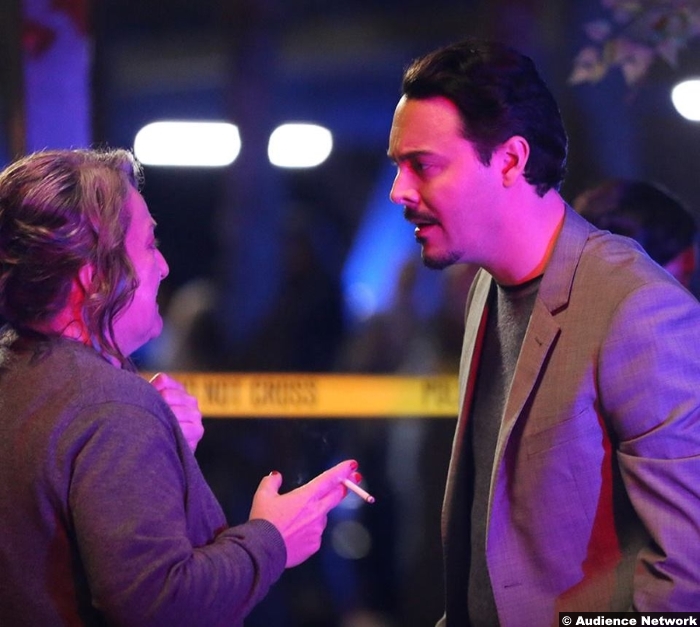 After clashing last week with Sadie’s mom (Kate Burton), he eventually comes to an understanding with her. Everyone who knew her says that Sadie was a competent nurse and was generally happy. So her sudden turn toward threatening a patient’s life and then taking her own doesn’t make any sense.

Of course, Bill isn’t working without friction. After seeing him talking to Wilmer in the parking lot, Dr. Babineau reminds her that discussing Brady’s medical records is a HIPAA violation at the very least. She knows that, of course.

And then there’s the DA, Antonio Montez (Maximiliano Hernández). He comes over to talk to Bill, ostensibly just to get the lay of the land re: Brady. But then he fakes a trip to the bathroom so he can snoop and he finds the evidence wall Bill’s constructing. Basically, he’s upset because Bill kept so many things close to his vest the last time. I guess now the police/prosecution are going to pretend that they didn’t brush him off at every turn.

Besides, why would he go to them with his hunch that Brady is faking his coma? They’d just brush him off again and probably think he was crazy. That’s essentially the message he’s already getting. 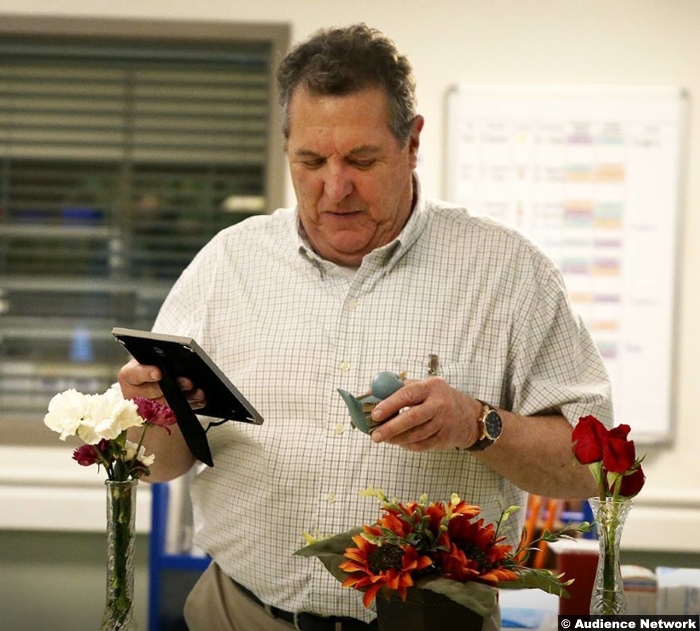 Brady, of course, isn’t faking his coma. As we know, he’s found a way to work around it. And this week, he moves on. While Robi cooks them Hot Pockets, Brady takes control of Al (Mike Starr), a hospital employee. This time, he can’t hypnotize with the vital signs monitors–or however he controlled Sadie–so he gets in through the Zappit tablet Mike is using to play a game. He’s able to send Mike on a tour of Brady’s greatest hits, so that’s wonderful.

Meanwhile, Holly is hurt because she gave up her life to start Finders Keepers and Bill has been keeping things from her. She confides in Ida, because she really has no one else to talk to. 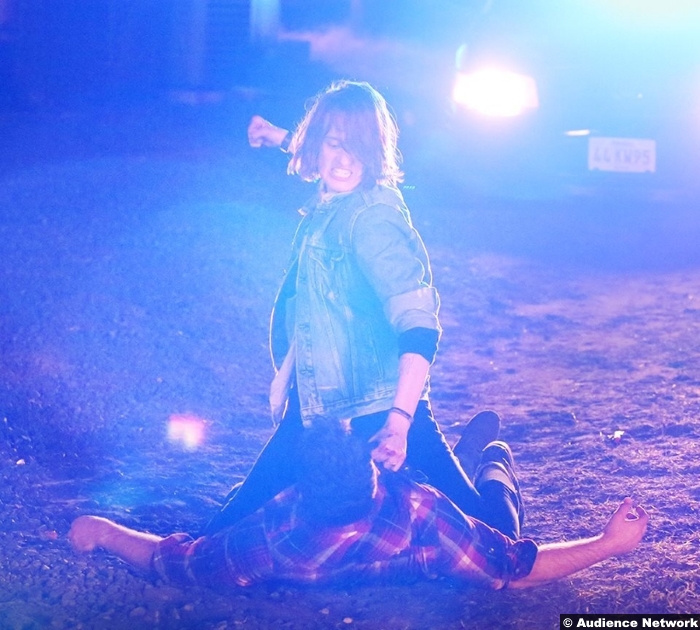 Hey, maybe she could be friends with Lou! Lord knows she needs one. After dragging her heels about going to therapy, her girlfriend, Steph (Samantha Massell) moves out. So, Lou goes to a bar to drown her sorrows and meets another lady. As they’re going back to Lou’s, a random creep starts harassing them. So Lou pepper sprays and then beats the tar out of him. She doesn’t stop until the cops get there. Steph bails her out, but is really, really done this time. Lou is really spiraling here. And while it’s understandable, it’s hard to watch.

Another thing I don’t want to watch is the construction of the gazebo, but whatever, go off. It is, after all, giving Bill and Jerome quality time. Also giving them quality time is Jerome’s skill with computers. After convincing Sadie’s mom to turn over her daughter’s phone, Jerome is able to crack the password.

We don’t yet know what all is on the phone, but it might not matter. The most recent text conversation is with her boyfriend, in which Sadie confesses her fear that Brady is “in [her] head.” It reads like evidence that Bill is right–and he crows that he is–but will it be convincing to anyone outside that room?

8/10 – Now that Brady’s figuring out how to use tablets to take over people, he’s just become a lot more dangerous. And that means the show got more interesting. In addition, after sidelining Ida, I’m glad she got that scene with Holly this week. I know Bill (and Brady) are the stars of the show, but that doesn’t mean I don’t want to hear about the other characters.