When we last left Mr. Mercedes last season, Brady had been neutralized and Bill had collapsed with chest pains. As we begin this season, Bill’s out of the hospital, but Brady’s still, for all intents and purposes, brain-dead. 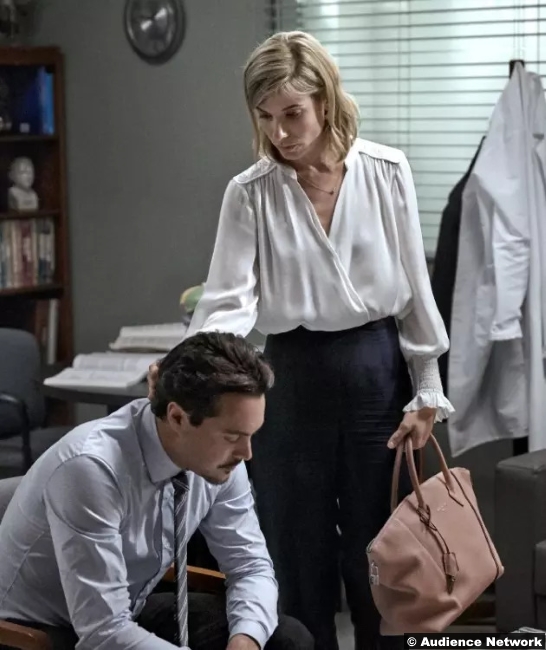 He is under the care of Dr. Felix Babineau* (Jack Huston), who has a wait-and-see approach. That puts him in conflict with his wife, Cora (Tessa Ferrer), who apparently works for a Big Pharma company and wants to try an experimental treatment. It’s not that complicated–it’s just upping the dosage of whatever they’re giving him. As Cora sees it, it’s a win-win situation. If it works, great–they’ve proved its efficacy. If it doesn’t, Brady’s either in the same state he’s in now or he dies. Free shrugs.

While Dr. Babineau dithers, Bill tries to move on with his life. He’d visited Brady for a while, just to watch for signs of life, but having found none, he stops. He and Holly have started a private investigation agency, Finders Keepers, and the work isn’t anything like tracking down a psychopathic mass murderer, but it’s steady. And it’s work.

There’s value in work, whether it’s using your brain or using your hands. And speaking of the latter, Bill has the opportunity to do that when a water-logged tree collapses onto Ida’s gazebo. For the cleanup, Bill enlists Pete’s help. They have a pretty good time gathering the debris, drinking beers, and giving each other shit. Then Pete goes inside to get more beer and he doesn’t return. Bill finds him lying on the floor.

It turns out that Pete’s family has a history of heart trouble, something he hid from Bill. Bill doesn’t hold it against him, though. In fact, he gives the eulogy at Pete’s funeral and it’s a warm, touching speech that is well-received. Holly installs herself in Bill’s home just to make sure he doesn’t go to any dark places, but Bill’s in a different world than he was when he and Holly met. He’s got a support system now. He has Ida and Holly and he talks to his daughter Allie regularly. 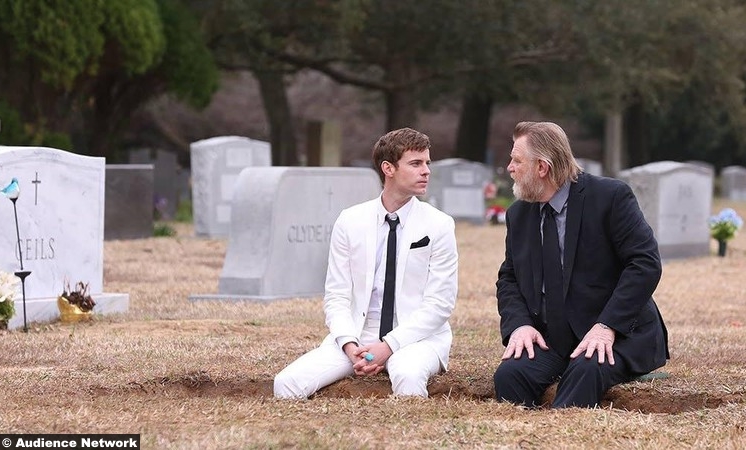 But still, you can see the darkness on the edges, just waiting for a chance to seep in. As Holly smokes on the back porch, she catches a glimpse of Bill just straight up pouring red wine into a froyo container. Ugh, that can’t taste anything close to good. During the night, he dreams he’s at the cemetery, sitting at Pete’s grave. A much healthier Brady gambols around the graveyard, dancing on graves and taunting Bill.

The next day, the unfairness of it all gets to him and he makes another visit to the hospital. For a moment, he contemplates cutting off Brady’s oxygen. It would be so easy–all he has to do is squeeze. But then he thinks better of it and he leaves the limp murderer lying in his bed. He’s not a threat anymore, right? So Bill comes back to the world of people he can help and who can help him. 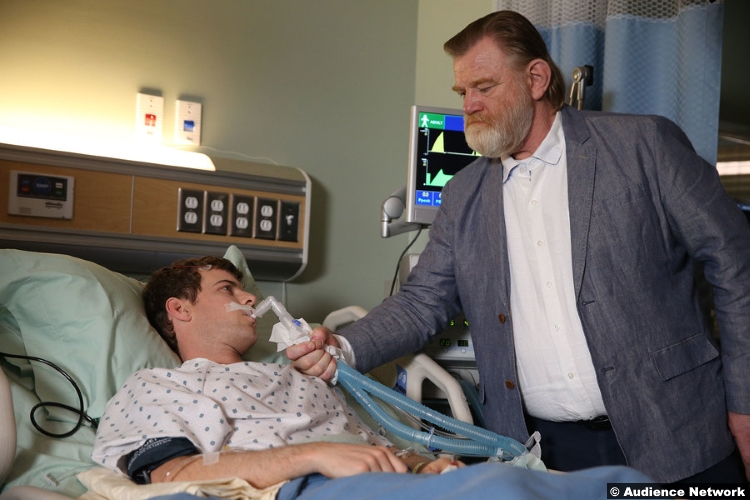 What he doesn’t know about, of course, is Cora and her machinations. Dr. Babineau returns home to find his wife–how do I put this?–entertaining herself. After she’s finished, she directs him to a positive pregnancy test sitting on the dresser. He’s elated at the news and she celebrates with him, before turning cold, and telling him that she will not bring a child into this world if it means her baby will have a…let’s say “wimp” for a father. She might want to rethink that. Not only for the obvious reasons but also because he caves so fast, I don’t think that’s the best example of his iron constitution. Nevertheless, he agrees to up the dosage and Brady’s eyes flicker open. Let me just go ahead and get the “I told you so” out of the way now.

7/10 – After the fireworks of the season finale last year, you might have expected something a little more exciting for the season premiere. What we got, instead, was not so much a bad episode as it was something pretty sedate. It was pretty much textbook tablesetting. We got to say hello to some of our favorite characters, although Lou and Jerome were missed, and goodbye to Pete. We were also introduced to the Babineaux, who are probably going to pay dearly later for the decisions they’re making now. Brady may not be fully awake, but some part of him has rejoined us, so the thrills are about to start. Now only if they could give Holly more to do.

*Dr. Babineau is referred to as Felix in the episode, but for some reason, IMDB bills him as Felix for this episode and as “Bruce” for the rest of the season. It’s probably an error on their part, but I guess we’ll find out next week!

And welcome to our Mr. Mercedes reviews! Sorry for the brief delay this week–I had to climb my way out of some historical research. But we’re back!