It’s a testament to Harry Treadaway’s talent that the Brady onscreen isn’t nearly as repulsive as the Brady in the books. He’s definitely still terrible, but there’s a vulnerability to Treadaway’s performance that shines through even as Brady does those terrible things.

Of course, it’s easy to see Brady as less vile when he’s compared to someone like Ryan Springhill (David A. MacDonald), a customer of the Brain Buds. He’s back in the shop because his laptop’s kaput, thanks to Brady’s tampering. Also thanks to Brady, we get a view through the webcam of Springhill’s life. He is the very model of a modern major pain. We watch him work on his body and give himself mirror pep talks before being served with an order of protection from his ex. 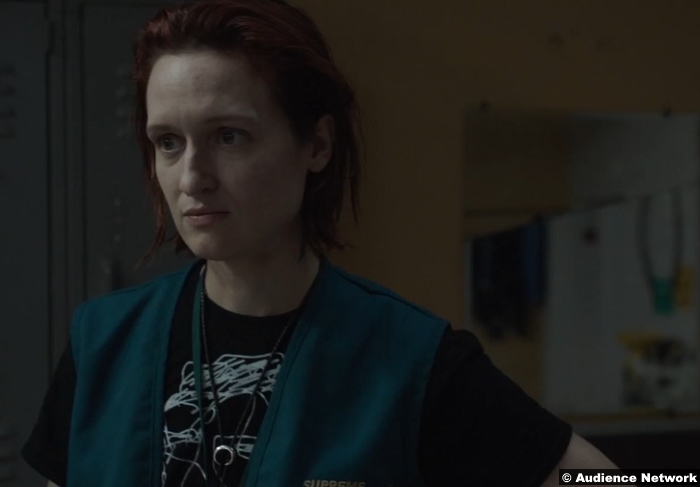 He’s not the nicest guy, which Lou illustrates in her reasoning for the laptop issues. He visits dubious websites, which she guesses have redirected his laptop to malware. These sites are of the supremacist variety, the kind that espouse death for anyone who isn’t like them. You know, like Lou. She’s overcome for a moment at the meanness in the world because it’s hard, to say the least, to comprehend the idea that someone would want you dead because you’re different.

These guys are hard to comprehend in general. I understand they feel frustrated. They feel cheated, because the American dream that was sold to them turned out to be a myth. As Deborah tells Brady, they were “rolling up” that world before she and her husband even got a chance to live in it. 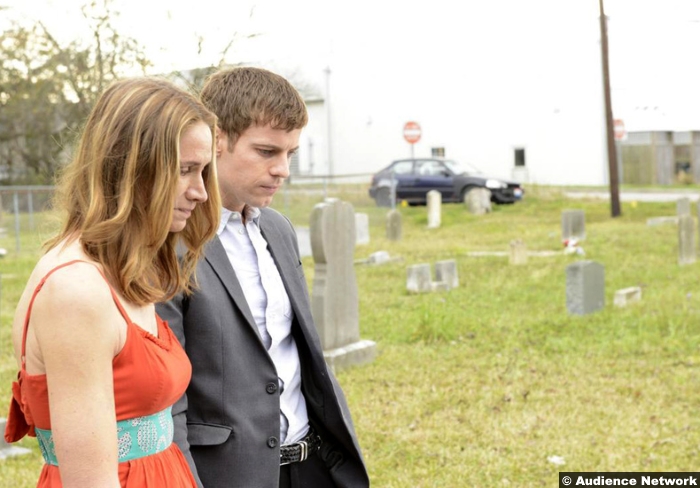 But while I understand these guys, I can’t relate to them. The cynic in me would just quip something like, “That’s because I’m not mad at my dad.” But plenty of those boys and men have good fathers, too.

And I mention fathers because they loom large over this episode. The episode’s title is even a reference to fathers—Janey says that Bill is still a god to his daughter. He’s just a god who fell. Brady has no relationship with his father, as he died in a work-related accident when Brady was a boy. I’m pretty sure that Brady didn’t cause it. (He did cause his younger brother’s death, pushing him down the basement stairs.) But having grown up without a father, he’s never been shown a model of masculinity that he could emulate. He’s been sold the same bill of goods as those other guys and turned the failures of the world into his own failure, his own self-hate.

The difference is, of course, that Brady’s taken his self-hate and turned it to face the world. He doesn’t bother hating people by race or gender or in margins. He’s just a hate machine. He’ll hate anyone.

So this week, after a brief glitch of Bill’s TV signal, Brady temporarily turns his attention away from Bill and onto people who make him feel small. For a moment, Jerome becomes his focus. They run into each other at a diner and after they exchange pleasantries, Jerome and his friends turn back to their conversation. You can see their laughter provoke Brady’s paranoia. They’re not talking about him at all, but he can’t help thinking it. He even turns his hate toward Jerome’s dog, but his trip to buy poison is jettisoned when the cashier turns out to be an old high school teacher of his. 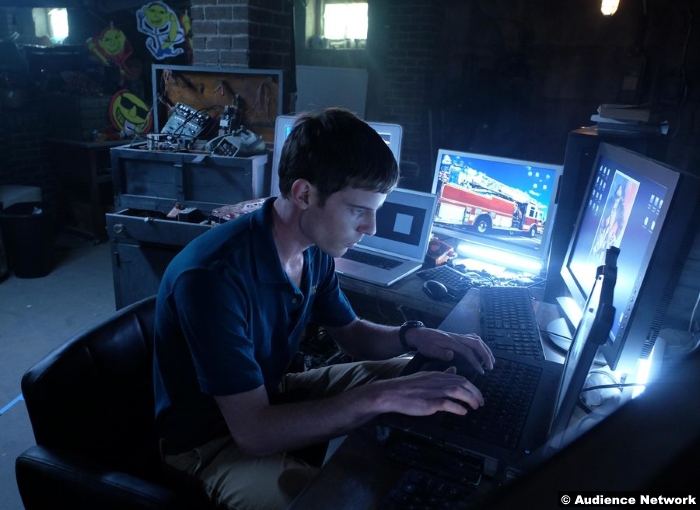 Thwarted from his previous plans, he turns back to Springhill. A good manager would defend his employees against someone like him, but Robi can’t see what he is yet. He just knows that Springhill works for a construction company that brings a lot of business to the electronics store, so instead, he falls all over himself to make it right for Springhill, promising a rush fix on his hard drive.

You can see Robi falter, though, when Springhill picks up the laptop and makes a rude comment about Lou. It’s like he can’t believe the world is like that. But that’s the way it is all over the world.

We have to find a way to live with it, but Brady won’t. He has Thing 2. He’s already been experimenting with using it to control railroad crossings and it’s made more explicit this week (by Jerome) that he used it to unlock Olivia Trelawney’s car. He can also use it to control traffic signals, which is what he does to Springhill. He gives both ways the green light, literally, causing a truck to plow into Springhill’s pickup.

Like his tormenting Bill, Brady can’t just sit back and let his chaos go uncommented. He has to get out of his car and watch the life seep out of Springhill, taunting him the whole time. It’s easy to feel sympathy for Brady when you see the rotten lot he was given in life. But this moment is who he truly is and we shouldn’t forget that.

8/10 – The storyline about Ida seeing Janey with Bill didn’t really work for me. It just seemed needlessly sad, in a show that doesn’t lack for sadness. However, on the whole, this was a pretty good episode that illustrated how toxic the world can be for people who can’t find their place in it.