As pitiful as Deborah is, she clearly doesn’t want to be, especially after that moment of clarity she had in the bathroom last week. So this week, she embarks on a mini mission of self-improvement. 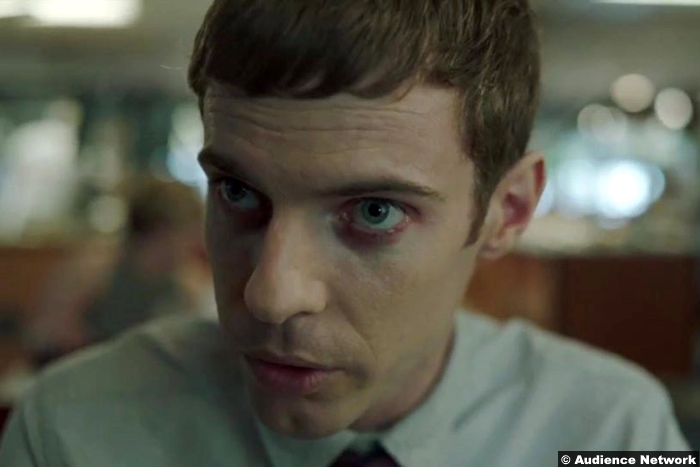 Unfortunately, she does so at the expense of Brady, who’s got that big interview. He wakes to find that the car is gone, so he has to take the bus and he’s late. The bigwigs from corporate talk in jargon-laden gibberish and although Brady starts out semi-strong in his description of his management theory, his finish is unimpressive, to say the least. The old saw is to picture people naked to make yourself feel more comfortable when speaking in public, but Brady is comforted instead by picturing himself murdering everyone in the restaurant (including poor chef Stephen King). He escapes to the bathroom, which is where he still is when Robi comes in to tell him that the bigwigs have left.

Robi can be a jerk, but he’s capable of empathy, as when Brady tells him about his mother and her drinking problems. He lends Brady a Brain Buds vehicle so he can at least get home. 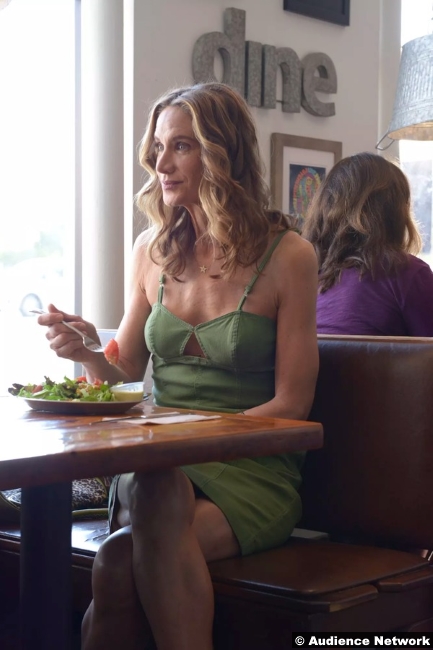 Meanwhile, Deborah has gone to see about getting her old hair-styling job back, but before she gets around to that, she runs into Chaz (Terry Serpico), an old acquaintance. They have lunch and she starts to look like she feels like a real person again, but then it turns out that Chaz is just being nice to her because he wants a roll in the hay. He further ruins her day by telling her that there’s no way she’d get her job back at the salon. It seems that she once gave a customer a chemical burn because she was hammered and the salon owner was lucky to hold onto the salon in the ensuing legal battle. A chastened Deborah returns home, but she still isn’t drinking.

That isn’t satisfactory for Brady, who although abused by his mother, is dependent on her and in particular, dependent on her being oblivious to what he really is. He’s brought her top-shelf vodka, insisting that she can’t quit cold turkey because it’s dangerous. There’s actually a whiff of truth in that, but it’s also true that he’d rather have her dead to the world.

Across town, Janey is still mad at Bill, but she does call him to tell him that her mother has had a stroke. Bill’s arrival at the hospital also serves as an introduction to other members of the family, most importantly, Janey’s cousin, Holly (Justine Lupe). Holly has some mental issues, which at the very least seem to include OCD. As abrasive and surly as he is with the rest of the world, Bill is gentle and patient with Holly, already forming a partnership. Of course, part of it has to do with the fact that Holly was very close with Olivia and can offer some insight into what Olivia went through with “Gerald,” the name she knew for Mr. Mercedes. For example, Olivia claimed to hear voices tormenting her, but Holly could never hear them. Olivia said that they knew Holly was there, so they’d be quiet.

The Trelawney/Gibney family interactions are interspersed with flashbacks of Bill’s difficulties with his daughter, who had her own demons. She was a wild child, into alcohol and drugs, and Bill eventually found that tough love was the only resort. Specifically, he let her be booked into county jail after her 3rd DUI and she apparently didn’t appreciate that, hence their strained relationship.

Bill’s appearance at the hospital also gives Brady, who’s briefly tailing him, a look at Janey, which is foreboding. He also appears to steal Bill’s door lock signal. With his control over his mother re-established and his spying on Bill, Brady likely thinks he has the upper hand. But Bill has Holly now and he has Jerome. He’s got a support system. This game is going to be tougher than Brady thinks.

8/10 – The show has been slow to start, but now that Holly is about to join the game, it’s getting a lot more interesting. Brady lives on a razor’s edge as it is, so it’ll be interesting to see how he reacts to someone who can’t be moved with his usual tricks.