I don’t want to say the show has been repetitive so far, but I did have to check this week when the show started to make sure I was watching a new episode. I’m sure the montage scenes of Bill eating yogurt, watching Brady, and going to the bathroom are thrilling for someone, but they’re not doing much for me.

At least I’m better off than Holly, though. After she needles him into admitting that he let the witness go last week, he decides that it’s time for her to learn fieldwork. And by that, he means she should tail Sadie, even if that means sitting outside her boyfriend’s house all night. 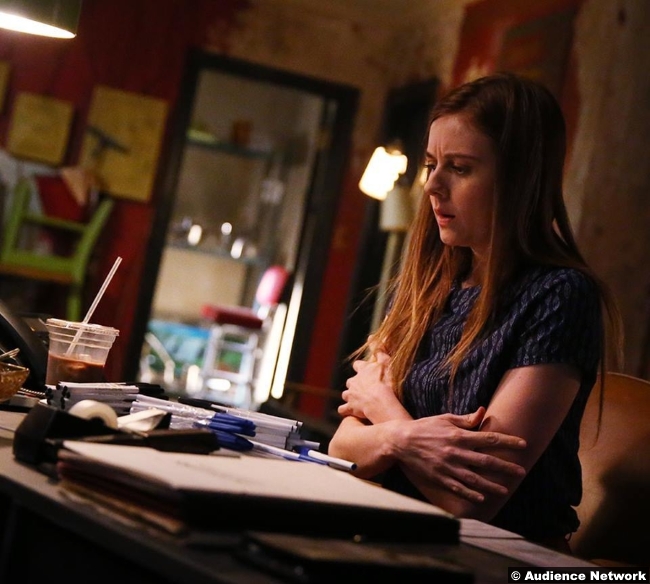 Bill is suspicious of Sadie because when they were both startled by the charge nurse last week, he thought he caught a glimpse of something glinting in Sadie’s hand. With the help of the charge nurse, Wilmer (Tammy Arnold), they search Brady’s room, and Bill finds the scalpel discarded behind some hospital machinery.

The information they–okay, Holly–gleans doesn’t really explain for them why Sadie would want to stab Bill. However, it does provide some clues for us. Sadie is seeking homeopathic treatment for her epilepsy. If she’s gone off her meds, they theorize, then it could lead to psychosis. Meanwhile, I’m thinking about how epilepsy is related to electrical misfires in the brain. I wonder if that’s why it was so easy for Brady to take her over.

While Holly’s putting that together, Bill tries to talk to Sadie’s mom, but doesn’t get far. He licks his wounds by visiting his ex-wife, Donna (Nancy Travis), and sleeping with her. Their relationship is really one of convenience, in that they don’t have to get to know someone knew, but, you know. Whatever gets you through the night. 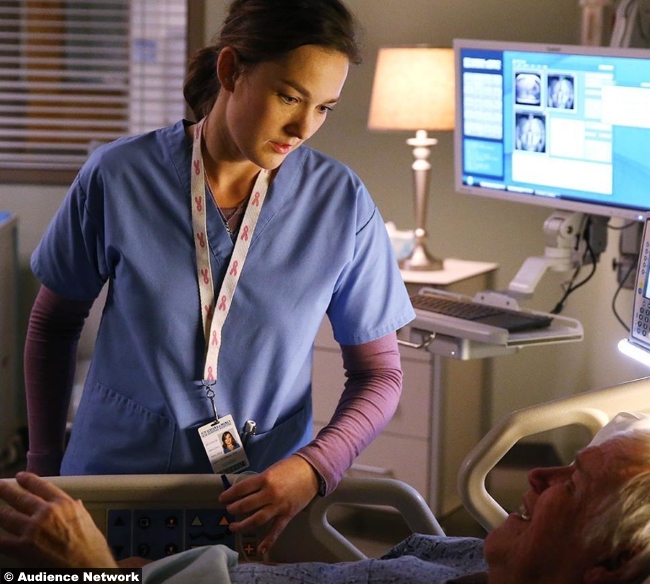 Meanwhile, Brady is hanging out in his brain with the little brother he murdered. His little brother is literally a figment of his imagination, so it’s no surprise when he tells Brady to “finish what [he] started.” As in, get back to killing.

He gets his chance when Sadie returns to the ward. She’s not conscious of it, but she feels wrong in that department, so she’s put in for a transfer. Brady decides to have a little of his kind of fun before she goes and takes her over. Then he has her retrieve some medication, with the intent that she’ll overdose a patient. Before she can, though, she’s caught by Nurse Wilmer. While Sadie is supposedly returning the dose, Wilmer calls Bill.

He arrives at the hospital to find a sullen Sadie, cursing a lot and demanding a cigarette. This, of course, is Brady working through her. And just like I predicted, he burns through her. To punish her for transferring and because she’s really of no use to him anymore, he makes Sadie jump off the roof of the hospital. Bill and Wilmer are still in the parking lot to witness her fall. Poor Sadie. 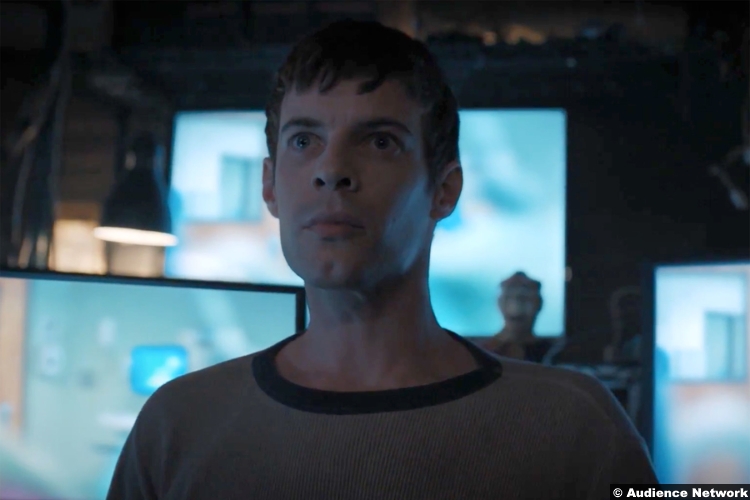 Away from the hospital, Lou is still working on her recovery. It turns out the tattoo she got last week was of a…tricycle? I think that’s what that was. Her girlfriend is becoming frustrated, because Lou has stopped going to therapy. Uh, the emotional kind, not the physical kind. She just doesn’t see the point in delving into her childhood traumas, because the most important pain to her right now came when her supposed friend stabbed her three times.

For her, closure will come only after she can look Brady in the eyes, even if those eyes are closed. I’m not so sure about that, though. She gets as close as dreaming about it and that’s terrifying enough for her, especially since Brady wakes up in her dream and stabs her again. For me, I’m nervous about her getting that close to him for other reasons. Now that Sadie’s gone, Brady’s going to need a new toy.

8/10 – Although the episode got off to a slow start this week–enough yogurt, thank you–it finally seems to be getting the show on the road. Now that Brady’s got an idea of his powers, he’s going to want to try them out. But if he succeeds, how do you (legally) stop him? And how would you begin to prove that it’s happening?