Mr. Mercedes S01E09 Review: Ice Cream, You Scream, We All Scream – Anything is possible now!

On this week’s Mr. Mercedes, Holly and Bill have a conversation in which they discuss the why of the Mercedes killer. It’s a question that’s kind of gotten lost in the who of it all. But it’s a valid question to ask, especially this week.

What would drive a person to commit such a heinous act? Bill thinks it’s rare, thankfully–people with black holes inside them that can’t be filled, only momentarily satiated with violence and cruelty. Holly knows a bit about cruelty. She experienced the high school version of it from bullies who targeted her because of her self-soothing stimming and she’s experienced the worse kind from someone who’s now taken two of her cousins. 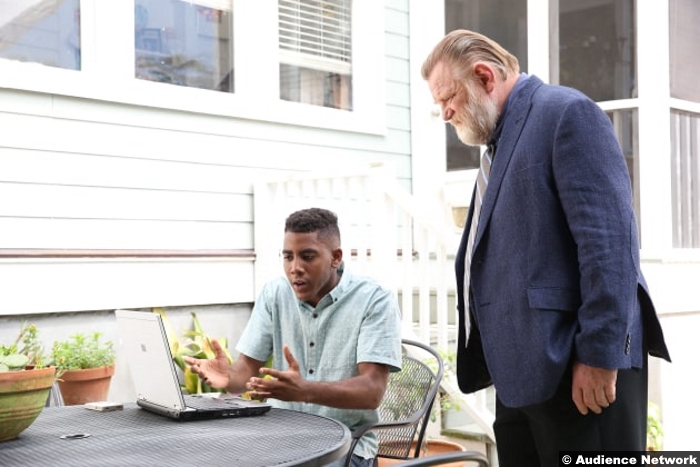 Perhaps it’s thinking about this that drives her next conclusion. She and Jerome are struck by an advertisement for another job fair. She recognizes the symbolism in what the Mercedes killer did. He drove a Mercedes, a symbol of affluence, into a crowd of people so desperate for work, for better lives that they were lining up before dawn for a job fair–he was “mowing down hope.” She and Jerome believe he will do it again, because he likes to make statements. They don’t mention it explicitly, but just look what he did to Janey. He struck hard at Bill by taking away someone for whom he cared.

Bill doesn’t have much time for their theory, because he’s back to police work, tagging along with Pete and his partner Izzy (Nicole Barré) as they work their leads. The biggest one is the business card for Supreme Electronix. Knowing that the sound files had to be manually installed, the trio visits the store looking for whatever technician serviced Olivia’s laptop. Robi is all too eager to drop the dime on Brady, since their relationship has gotten even more volatile.

Once he shows them Brady’s employee ID photo, Bill immediately recognizes him as the local ice cream man. He also recognizes Brady’s address as neighboring one of the people who called about a vehicle break-in. Pete and Izzy elect to stay at the store to wait for Brady, who’s supposed to be out on service calls. Bill, with a couple of unis, visits Brady’s home, which is where Brady actually is. He’s slapping flies off his mother and telling her he has a new plan, one that won’t make him rich but will reunite him with her. He manages to duck Bill at the house by the magic trick of just not going to the door. 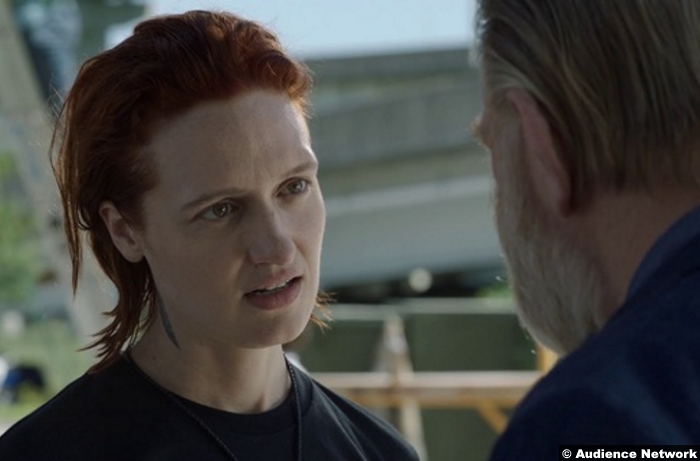 After they ID Brady, all the pieces seem to fall into place. The police have to drag their feet as they wait for warrants, but meanwhile, Brady is busy. He attacks Robi in his home, asking why the police want to talk to him. Having been asked about Brady in conjunction with Olivia Trelawney, Robi even asks him if he’s the Mercedes killer. Brady denies it.

Speaking of talking, Bill goes to do just that with Lou, having been given her name by the same neighbor whose car was broken into. She denies the very idea that Brady could have anything to do with a homicide, because he’s the sweetest angel bunny who ever lived. Darlin’, he didn’t even stick up for you at the employee firing squad meeting.

The police finally get their warrant and assemble the whole parade to storm the Hartsfield home. Brady sticks around long enough to make a video manifesto, because of course. Those assholes always love to hear themselves talk. He has a little fun manipulating the ice cream truck with Thing 2, but after momentarily getting distracted by it, the police storm the house.

And I have to say, I don’t really understand this. They know it was likely him that blew up Bill’s SUV, so why not send a bomb squad in first? Bill even suggests that the truck might be rigged, but whatever.

They find plenty of circumstantial stuff, like that damn clown mask, in the house, but the sight of explosive materials is enough to get SWAT to clear the building. Bill and Pete have just enough time to get a glimpse of Deborah and some young man’s body in the bed, before a fuse lights the whole house on fire. 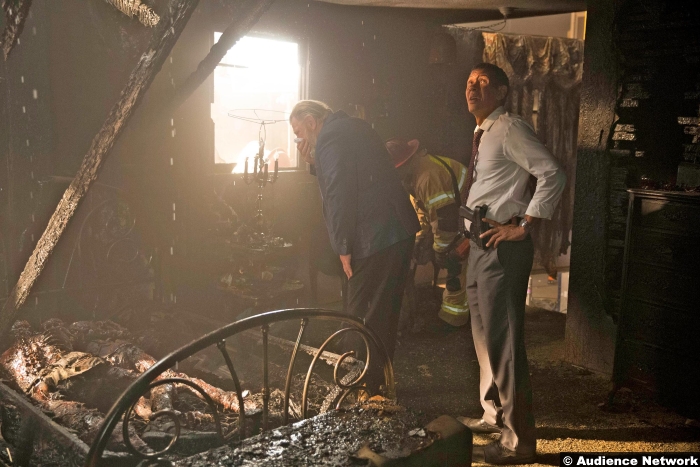 After the fire is out, the bodies are basically charcoal, but the police are like, case closed. Got ‘eeeem. Bill, though, isn’t so sure. He’s seen Brady’s tricks before.

9/10 – This was a pretty great episode, especially since it’s clear now that we have no idea what’s going to happen. This episode was the biggest departure from the book, as none of this happened. Of course, we knew going in that things were going to change–because of the bombing at Ariana Grande’s concert in Manchester, the showrunners changed the final showdown from the book, because it also involved a bombing at a pop concert. So here we are and anything could happen. That’s always exciting.