Brady is feeling himself on a titanic level as we begin this week’s episode with him dancing like a maniac to Radiohead. Things are working out for him at work, his mom is back to drinking like it’s her job, and he’s figured out how to strike against Bill.

Meanwhile, Bill needs help unlocking Olivia’s computer, so of course, he has to consult Jerome. To do this, he has to apologize to Jerome, but Bill thinks an apology is saying he was “a bit of a dick” and that he could have handled the situation better. Hey, at least he didn’t try to skate by with an “I’m sorry you feel that way” apology. 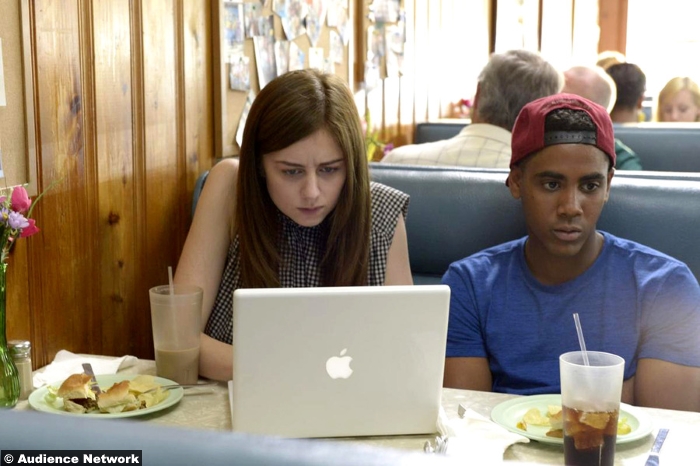 To break into the laptop, Jerome’s going to need to know some basic info about Olivia, like the kind of morsels we reshape into our passwords and security questions. Bill, of course, knows nothing about that kind of stuff, but he knows someone who might. That’s how Holly and Jerome end up meeting at the same diner where Brady saw Jerome. Like Bill, Jerome is understanding with Holly. Maybe a little too understanding—there’s kind of a flirty vibe there, which is inappropriate, at least if we’re sticking with the book facts, where Holly’s in her 20s. Anyway, they manage to unlock the laptop and find a file marked “Sessions,” which is interesting because it’s encrypted, not something Olivia would have known how to do.

Anyway, although Deborah’s fallen off the wagon, she’s still got a bit of her wits about her. In between defrosting Chekhov’s hamburger patties, she snoops around Brady’s things. What exactly she’s looking for is unclear, but what she finds is ominous. The plastic tubing is weird enough, but the clown mask he has stuffed into his closet is a nightmare, especially if that detail was leaked to the press. 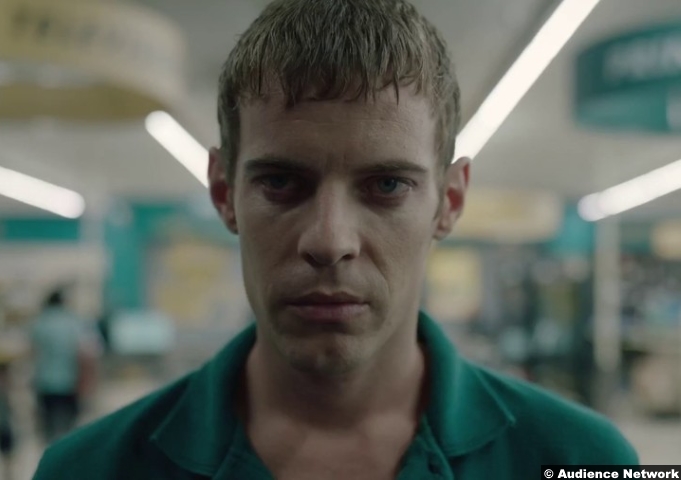 Brady, though, already has issues. The store employees are forced into a mandatory meeting with the district manager, who’s a real…piece of work would almost be too kind. He’s the kind of guy who’s mistaken a mid-level DM gig for a dictatorship. Whereas Robi is kind of a jerk when he refers to Lou and Brady as waywards, this guy flat out tells the employees that they’re losers. He tells them that the gods demand a sacrifice—that someone must be fired to make up for the fact that the story isn’t meeting its performance goals. And that person is Lou, much to her and my distress.

As Robi notes, Lou is fired and he’s still stuck in middle management, but Brady continues to skate on, unaffected. But we know that’s not true. He arrives home to find his mom upset over the things she’s found. They include the aforementioned items and his old journal, in which he constantly wrote things like “Die, motherfuckers, die.” [Me: It’s actually German for “the motherfuckers, the.”] He assures her that he’s changed and is no longer the boy he once was, whose mother was urged to admit him into a nervous hospital. She claims she didn’t have him admitted because he swore he could change, but actually she couldn’t afford it. The grim economy looms over everything.

Of course, we know he hasn’t changed and as he lurks outside Janey’s mom’s funeral, it’s pretty ominous. Inside, Janey tells the story of the titular Willow Lake, the vacation spot for her mom’s family. This is, she believes, her mother’s heaven. It’s where her mother is reunited with Janey’s father and the rest of their friends and family who have passed. It’s where she hopes to go some day. 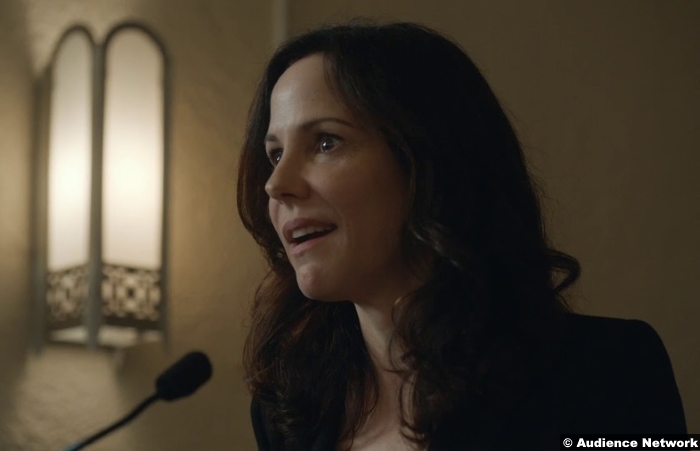 Unfortunately for her, some day is today. Brady has rigged Bill’s SUV to explode and he triggers it while Janey is retrieving the vehicle. (This is a change from the book, where he thought Bill would be driving. Here, he definitely knows it was Janey.)

Bill was just getting used to the idea of losing Janey–she’d told him she was returning to Los Angeles because she couldn’t take the stress of falling in love with him–but he never expected it would be a permanent loss. After weeks of a slow crawl, we’re running now.

9/10 – Janey’s eulogy was a lovely highlight to this episode. I hope she went to Willow Lake. As for the rest of the episode, what a joy it is to see the trio in place now. Brady’s gotten a look at Holly–she was outside the church while he was waiting to trigger the bomb–but he has no idea what she’s capable of and he won’t see her coming. But we will.