Bill Hodges had problems before the letters and emails started coming. Maybe it’s a culmination of years of police work. Maybe it’s just that one case.

So while he wasn’t in the best way before Brady contacted him, the contact has added a heaping layer of paranoia to his problems. So when he hears a noise outside while he’s watching the latest dispatch, he comes charging with his gun. It turns out to be a neighborhood kid, but it’s not a good look for him—drunk, waving a gun. Look, I get it. My neighbor has apparently adopted either a screamapillar or a civil defense air raid siren that they’re calling a dog. Still, that doesn’t give me the right to go running into the night, half-lit and clutching a firearm. 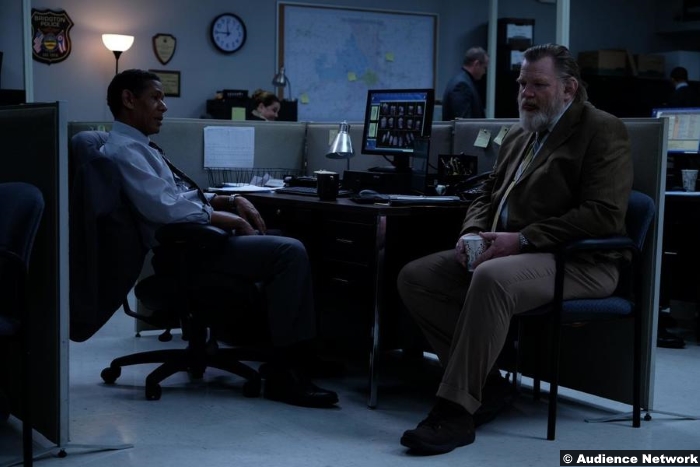 Ida gets him out of any trouble with the cops, but she’s concerned and so is Pete (Scott Lawrence), his former coworker. Pete urges him to find a hobby that’s not obsessing about the Mercedes case, because Pete sees nothing that way but being a pallbearer at Bill’s funeral, and Bill’s “too fucking fat to carry.”

Of course, taking up whittling or scrapbooking would be a lot easier if the killer weren’t actively tormenting him. But he is and now he’s moved on from altered videos to snail mail. How retro. He actually uses a letter to tell Bill to log onto a website, Under Debbie’s Blue Umbrella. Bill seeks Jerome’s help for this, which is just telling him “go to the website and log in,” but when Jerome can’t stop laughing at Bill’s given name (Kermit), Bill kicks him out. He tells him that it’s not safe for him to be around the house, since whoever sending him messages clearly knows his address. It’s not safer outside, though, since Jerome exits with the now-ominous music of the ice cream truck playing in the distance.

Before Bill checks out the site, he starts working the case again. One of their best leads was Olivia Trelawney, the actual owner of the Mercedes. She has since taken her life, possibly because of the shame—she felt that people blamed her for the crime. She was adamant that she had the key and that there was no spare. Bill and Pete presumably felt that she was lying to cover her mistake and the implication that she bore any responsibility for the crime, so questioning her never lead to anything. But Bill finds out from the security guard in her neighborhood that her sister Janey (Mary Louise Parker) is now living in town and looks after Olivia’s home.

He checks in with her and she’s eager for him to stay on the case, even though he’s no longer actually a cop. Her attitude is influenced by the fact that it seems that the killer was tormenting Olivia the same way he’s now tormenting Bill. She doesn’t know all the particulars, but she knows that suicide came up. It’s uncomfortable for Bill, surely, because Olivia was brushed off by the cops when she tried to tell them about it and because the killer has been encouraging him to eat his gun. Still, it’s a new lead and he might get more, since she agrees to let him speak to their mother. 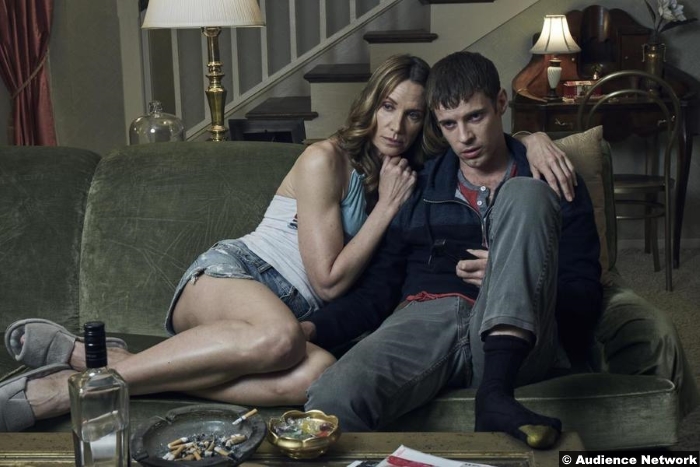 While Bill has been busy reworking the case, Brady has also been a little bee. His mother is desperate to find out what her little “honey boy” [BARF] has been working on in the basement, so he shows her. Well, he doesn’t show her everything. He shows her the super-remote he’s constructed. He claims he’s working on it with an idea toward selling it to the military, but clearly, he has more sinister motives for it. It controls all sorts of things, he says. Like an electronic key lock? Like a car?

We don’t get to see the full array of its powers, but it does seem as if he uses it for one thing. He blows up his boss Robi’s computer in his face. That was probably because Robi was haranguing him and Lou again, telling him that even though customers appreciate his computer wizardry—he knows how to turn the computers off AND on again—they think he’s a big weirdo. 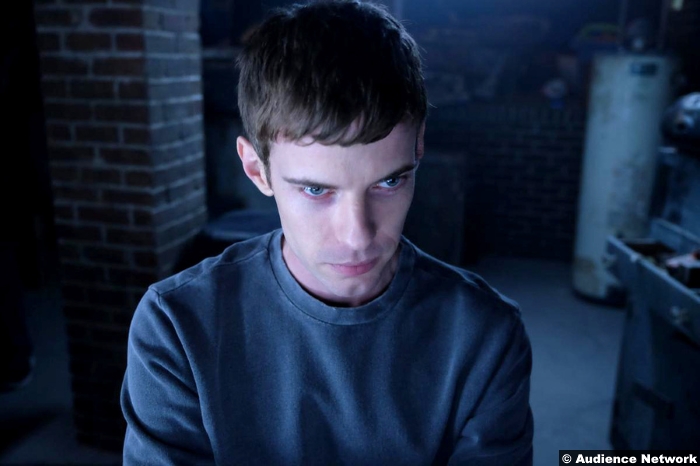 Still, Robi is only a small fish. The big catch is Bill, who’s now logged onto the website with the charming opening, “I’m here fuckhead. Let’s play.” The game is just starting and it’s about to get good.

9/10 – The show is still very entertaining; however, it gets bogged down whenever it’s not about the case. I know the characterization is important, but I hope they find a way to introduce it without suffering from a loss of momentum.