If you didn’t watch the original Roswell series, then you might not know their explanation of who the pod squad was back on their home planet. According to the original show (and maybe the books–I haven’t read them), [SPOILER ALERT] they were royalty. That’s why they were sent to earth–to protect them.

That isn’t something we learn about our pod squad this week, although we do get a hint in that direction. Noah is now being held in Max’s house after he burst forth from the pod they tried to stick him in. He doesn’t give an excessively detailed story about the crash, but it’s enough for us to figure some stuff out.

First of all, they were coming to earth as refugees from their planet’s wars. As they crashed a scant two years after the Second Great War here, they must really love irony. Anyway, Noah was in the UFO equivalent of steerage with a low-quality pod. When they crashed, his pod cracked. Nevertheless, he holed up in it in a cave, because the alternative was being shot to death by the US military. Or worse. But we’ll get to that. 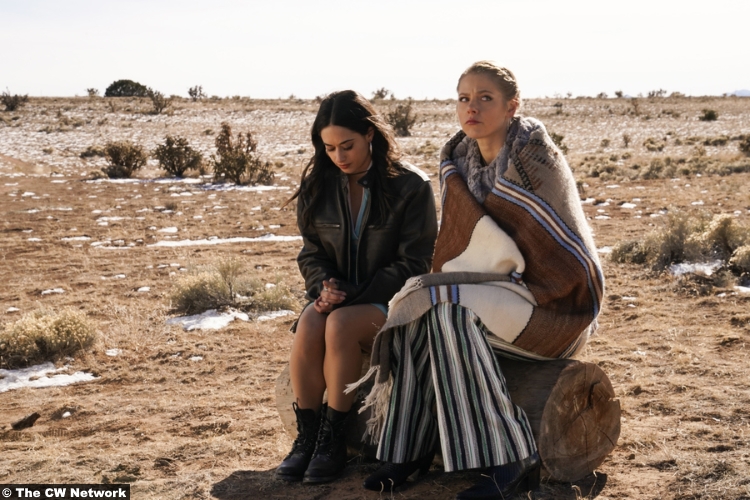 He stayed in a hazy stasis for decades until he heard Isobel’s voice that night the kids were camping. And then he’s just been stalking them ever since, I guess. Whatever. Because his pod wasn’t fully functioning, he was weak. He learned from taking a life–Rosa’s life–that he could essentially steal her life essence. So he became a serial killer to keep himself strong. Cool motive–still murder.

Obviously, this is a lot for Isobel to take in. Unlike some people, she doesn’t find out she’s royalty this week, but learning that the man you trusted is a gigantor creep is pretty bad. (Lotta that going around this week, too. At least Villanelle wasn’t used “like a sock puppet.”)

Max is also a lot this week. Like, he pushed back against Michael last week, saying that he and Isobel didn’t have to follow his rules, but look how controlling he is. Or at least, look how he overreacts when he just thinks Liz is defending Noah. I’m surprised he didn’t blow out the power grid for the whole state when he saw that handprint on her chest. And then he’s so rough with Isobel and Michael when they have different ideas about what to do with Noah. You can see the relief when Isobel decides to let him die. 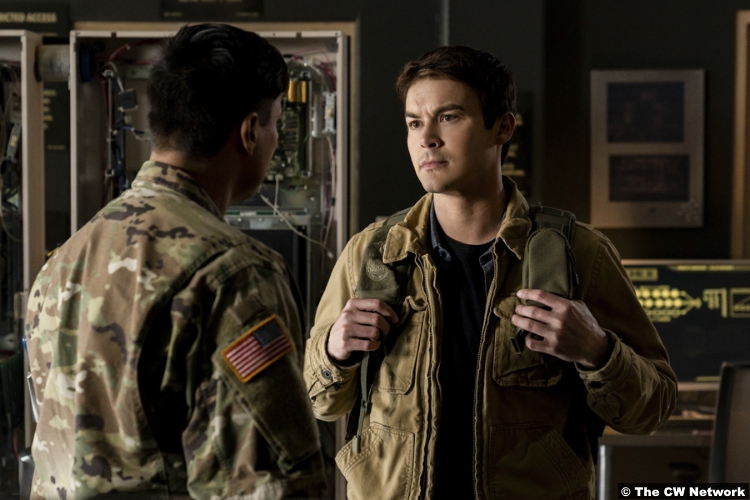 But while I understand that impulse, they don’t have all the information yet. That’s part of what drives the other storyline this week, a fact-finding mission to an abandoned prison. Having found the prison’s name in Jim Valenti’s notes, Alex and Kyle head out there with Michael in tow to see if something is going on.

Something is going on. And it’s very close to home. Alex’s brother, Flint (Kiowa Gordon), is on duty at the base. Ostensibly, it’s a military research facility, where they’re building weapons against the coming alien siege. But while Alex is learning about this (and making increasingly disgusted faces), Kyle and Michael are going to wing 7A, because the notation of a specific cell there came up a lot in Jim’s writing.

When they get to the wing, it’s godawful. There’s a handful, maybe more, of what looks like elderly and sickly humans. They’re aliens, who have been held in cages by the government for over 70 years.

Kyle pretends to be a new lab tech and asks about the cell designated by his dad. As it turns out, the man in that cell is cancerous. As in, anything he touches gets cancer. And now we know the mystery behind Jim Valenti’s fast-growing tumor. Kyle, taking it better than you might expect, decides that if his dad had had a hand in torturing living beings like this, then he deserved what he got. 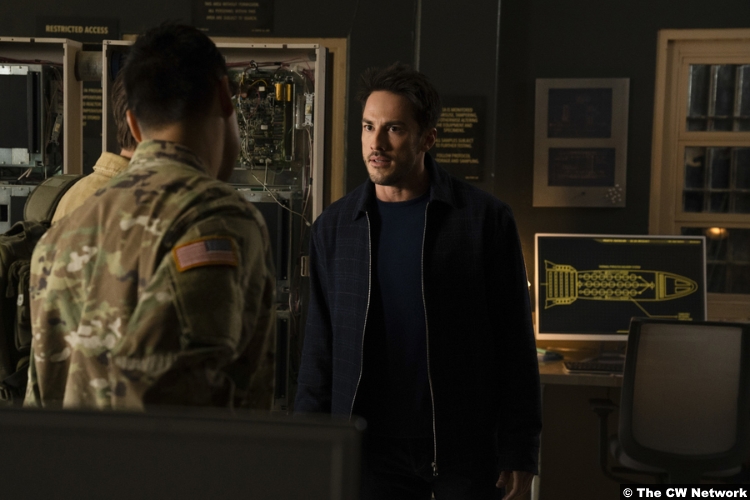 Michael meanwhile is just stoked to be around other aliens. Then he makes eye contact with one and I can tell by her reaction that it’s his mama. Michael doesn’t seem to pick up on that just yet, but he knows he knows her. So he tries to break her out.

That’s a mistake, because damaging the door triggers an evacuation protocol. And boy, does that seem over the top. Whoever designed that must live in a magical world without mistakes or mechanical errors, because the protocol is serious. As in, when it starts, it’s T-minus 10 minutes until the whole place blows.

But until then, Michael gets a moment with his mom, where she tells him (telepathically) that she loves him. And that he should run. That’s good, because he was going to stay with her, even trying to push Alex away. But Alex won’t leave without him and Michael listens to his mom.

When he returns home, he wants to save Noah, so they can learn more about where they came from. Control freak Max violently objects to this, and their standoff is where we’re left until next week, which is also the season finale. (Renew this show.)

9/10 – Although I didn’t get a chance to mention it, I’m sad that Cameron is leaving. Her character has really grown on me.