As someone who enjoyed the early aughts series Roswell, at least until it became a little too convoluted, I was cautiously excited when I heard about the reboot. And then I watched the trailer and was like, “Wait, is this the same story?” Well, kinda.

Whereas the original series is about what happens after high school student Liz Parker finds out her classmate Max Evans is, well, an actual alien, the reboot shifts things a bit. Liz is now Liz Ortecho (Jeanine Mason), and she and Max (Nathan Parsons) are both adults. 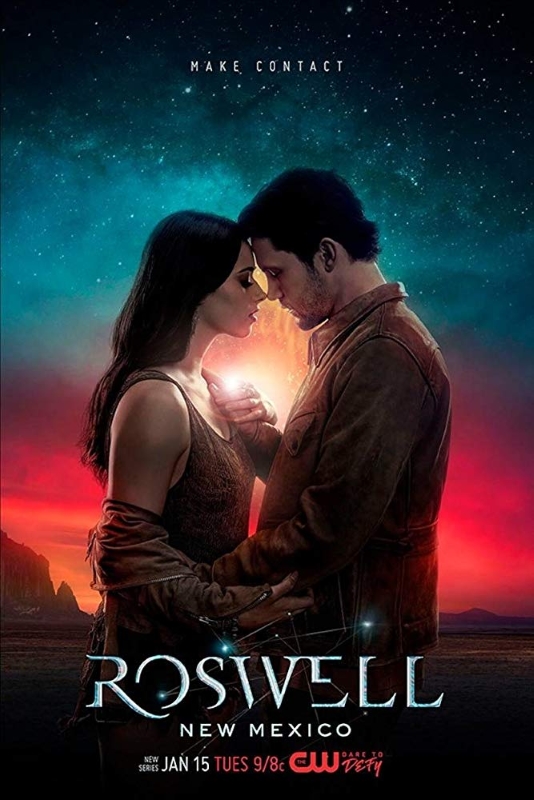 Yeah. See? If you never heard the story (and you missed the reference in my review of Project Blue Book last week), it goes like this. In the summer of 1947, something fell to earth in a rural area outside Roswell. Although the most official story is that it was just a weather balloon, Ufologists have long maintained that it was something else–something more like a close encounter.

So that brings us to modern-day Roswell, where Liz has returned to her hometown after her medical research job lost its funding. Her parents, both undocumented immigrants, run the Crashdown Cafe, where they serve dishes like Men in Blackened Salmon and the employees wear antennae headbands. (I wanna go there so bad.)

On her way back into town, she’s stopped at an ICE checkpoint, where she runs into her former high school classmate, Max, who’s now a sheriff’s deputy. It’s clear from their brief run-in that their history includes more than just biology lab. There are feelings here. (Again, see the poster.)

Max stops by the Crashdown after closing later to tell Liz that one of her running lights is out. That’s where Liz is injured when the cafe is shot up by an unknown person. Max, seeing her bleeding out from a chest wound, wastes no time–he heals her with the touch of his hand, then splatters ketchup all over the wound. And Liz would have believed that story, maybe, if she didn’t have a bullet hole in her uniform. 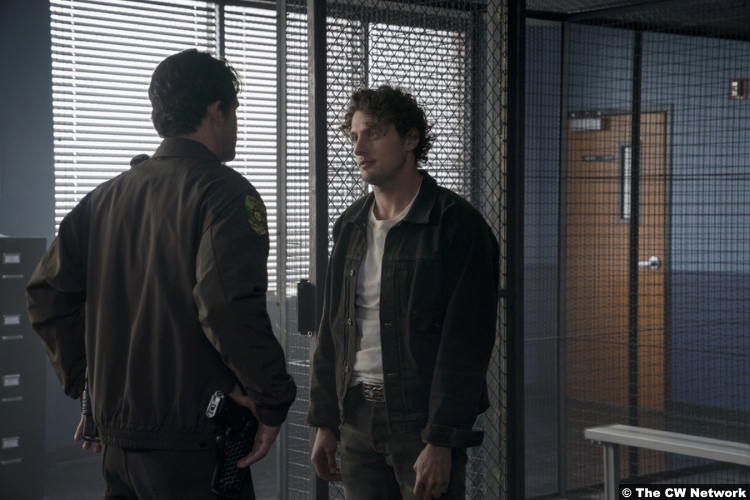 When Max’s sister Isobel (Lily Cowles) and their friend Michael (Michael Vlamis)–also both aliens–find out what Max has done, how he’s risked exposure for them all, they’re predictably furious. It’s never a good time for people to find out you’re a little green man, but it’s especially bad now, what with ICE running checks for terrestrial undocumented immigrants and the Air Force poking around the patch of desert Michael’s been calling home.

Not that Liz has it any better. When her older sister Rosa was a teenager, she got into drugs–Liz thinks to quiet the mental illness she inherited from their mother. One day, Rosa apparently drove under the influence and in a crash, killed herself and two other girls. Ever since then, the Ortecho family has been harassed–hence (maybe) the shooting.

And speaking of that mental illness, Liz is terrified she’ll develop one herself, so she visits her doctor ex-boyfriend Kyle (Michael Trevino)–also the sheriff’s son–at the hospital, because she’s sure she was shot. When the exam finds no evidence of that, it only heightens her fear of hallucination.

So she sneakily obtains a cell sample from Max, while he frets about telling her the truth. Isobel is adamant that Liz can’t know and he can’t ever have a relationship with her, which seems kind of selfish. Yes, it’s a really bad idea, but…Isobel is married. To a human. Why can’t Max stop brooding and have an attempt at a happily-ever-after? 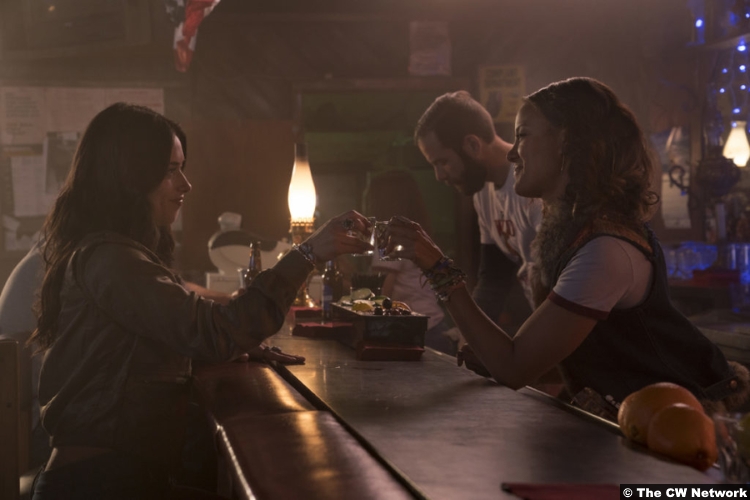 So there are clearly feelings there, too. Liz cuts the kissing short, which is a good thing because she now has a shimmery rainbow handprint on her chest. That’s unfortunate, because Kyle saw it, too, and before his dad died, he kept repeating, “If you see the handprint, go to Manes.” That’s…specific.

Manes, by the way, is Jesse Manes (Trevor St. John), an Air Force guy [sorry, I don’t know his rank], whose son Alex (Tyler Blackburn) is also an airman. And a former paramour of Michael’s. The elder Manes shows Kyle “Project Shepherd,” which I guess is the latest successor to Project Blue Book and the like. It turns out that it was not a weather balloon that crashed in Roswell–it was a ship, and the USAF knows that at least one entity onboard survived. 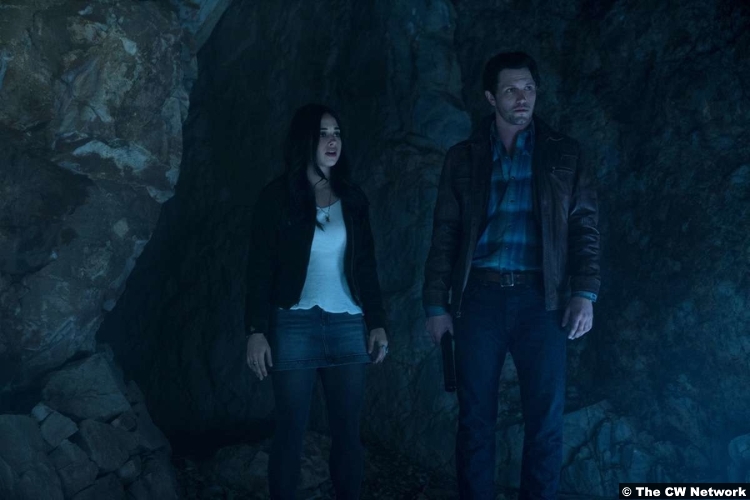 Meanwhile, Max is showing Liz the gestation pods, where he, Isobel, and Michael stayed for decades following the crash. Then one day in the late 90s, they were “born” as young children, who were found wandering the desert. Max and Isobel were adopted, while Michael languished in the foster care system. Max fell for Liz pretty much as soon as he saw her–when they were kids–and then when she was going to leave town after high school, it seems as though Isobel wiped her memories so Max wouldn’t leave, too.

So while the elder Manes is going on about how these illegal aliens are killers (while his son is kissing one of them), Liz is dancing with her friend Maria (Heather Hemmens), and Isobel is revealing that Rosa’s death had something more to do with the extraterrestrials than extracurricular activities. Uh-oh. Things just got more complicated, didn’t they?

8/10 – Although I was initially wary of the changes made to the original storyline, having watched the show now, I think they were smart. Making Liz and Max (and everyone) adults gives them greater freedom to move around (and get into trouble). It also makes them more cognizant of the real-life issues around them (see also: ICE, among other things). The world has changed a lot since 1947 (and 1999), but some things, unfortunately, haven’t changed fast enough.