Flip your ball caps around, because it’s time to go back to high school. This week’s episode takes place largely in the last days of that fateful senior year, the days up to and including the night Rosa died.

Before that, though, we flash back even further, to 2004, when a trio of teeny aliens was out camping in the desert. It’s established then that Isobel and Michael are already aware of their gifts, but so far Max’s power is mostly just embarrassing.

Then Isobel takes a bathroom break and is waylaid by a drifter with nothing good on his mind. The boys come to her rescue and Max accidentally kills the stranger. Ever since that incident, Isobel has been having blackouts. 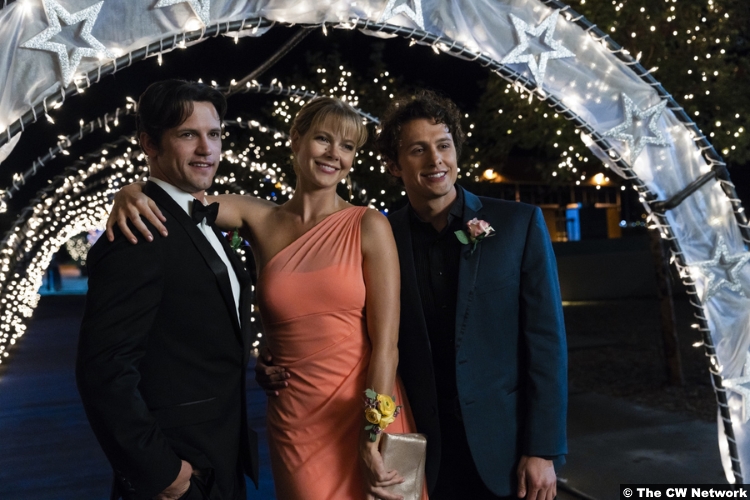 Blackout Iz is all-caps INTENSE. Or as Rosa later describes her, she’s “a lot.” Some of the time she’s apathetic, but something about Rosa just cranks her up. Unfortunately for Rosa’s feelings, when Isobel comes out of these fugues, she doesn’t seem to remember anything that happened during them. (That’s why present-day Isobel can’t understand why Rosa would have been mad at her. Those feelings are just buried.)

And although it’s not made explicit, it seems as if these blackouts have been happening more frequently around the time that we revisit the gang. Perhaps it’s triggered by stress, as Isobel is freaked out that both Max and Michael have made post-graduation plans.

She’s not the only one who’s under stress, either. Rosa is having trouble maintaining her sobriety, especially since other students–particularly those two girls, Kate and Jasmine, who died with her–still expect her to be the life of the party. When she hesitates, the girls spray-paint racist graffiti on her car.  She confides in Blackout Isobel that she’s going to leave town with a “father figure” who will help her stay clean.

She never gets to do that, though, because she’s killed before that ever happens. After receiving a psychic call from Isobel, Max and Michael rush out to the turquoise mines, where they find the bodies of Kate and Jasmine, and inside, Isobel holding a lifeless Rosa. She’s saying, “I did it for you. Everything I did was for you.” 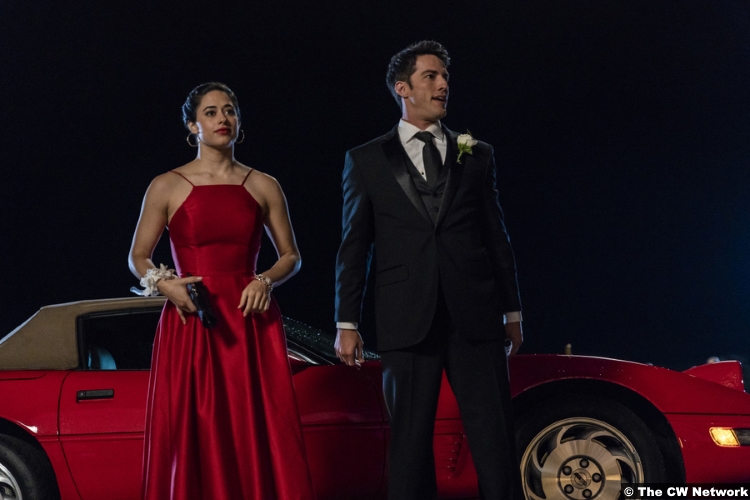 As she’s Blackout Isobel at the moment, it’s unclear what the hell she’s talking about. Did she see the girls as a threat to Rosa and eliminate them? But then, what happened to Rosa? I’ve said all along that I don’t think that the aliens really know what happened that night and this flashback bears that out. All the boys know is what they saw and what they see doesn’t look good.

So here is the origin of the rift, the ground zero for all the lies that have been told since. When Isobel emerged from her fugue, Michael told her that he accidentally killed the girls after losing control of his power. They then stage the car accident, which doesn’t make a whole lot of sense. There’s the part where they burn the car after the crash, which is confusing because Rosa’s autopsy photo didn’t look like someone who’d been burned. And there’s also the part where they put Rosa in the driver’s seat.

I am more forgiving of this because hindsight is 20/20 and they were just scared (alien) kids at the time. They had no idea what the implications would be. However, I’m obviously removed from the situation. It’s a little harder for modern-day Liz to take. As far as she sees it, Max obliterated her sister’s reputation to save his own AND put her undocumented parents at risk. AND SHE GOT SHOT. It’s going to be hard for their relationship to recover from this. 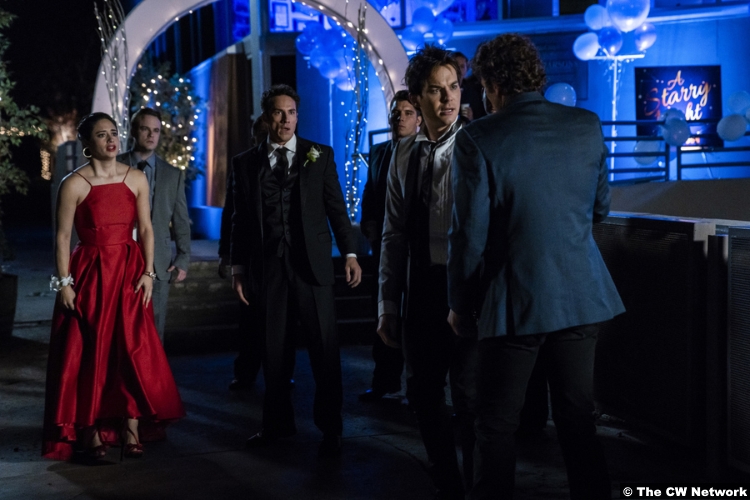 And that’s very sad because before that awful night in 2008, it had been going really well. Having dumped Kyle, who was an absolute nightmare in high school, they were making plans for Max to join Liz on her pre-college road trip. And if she didn’t kiss him because she was waiting until they got outside of Roswell together, then that means they’ve never kissed. Oh, my heart.

Speaking of, these flashbacks also treat us to the story of how it all began with (an incredibly emo) Alex and Michael. As teenagers do, they fell hard and fast for each other. Then Alex’s terrible father caught them. When Michael tried to defend Alex from his dad’s scary rage, Manes broke Michael’s hand with a hammer. So now we know why Alex is so skittish about their relationship and why Michael DGAF what people think. The worst thing’s already happened to him.

But bad things will still happen, right? That’s what Isobel is realizing, as she learns the truth finally–or at least, what Michael knows about that night. And now she’s having the blackouts again. She ends the episode with an attitude toward taking responsibility, but in what way? Turning herself in? It’s still fuzzy, but I know it’s dangerous for everyone.

8/10 – I lovedlovedloved the flashback scenes, especially everything about them: the music, Alex’s Hot-Topic-Exploded-in-My-Closet wardrobe, the startling amount of makeup the men were wearing to make them look like daisy-fresh youths. But why did it have to end so sad? (I know, because that’s what makes drama. I GUESS.)

*PS: Maria is not in the flashbacks, because (Maria actress) Heather had a scheduling conflict with her other show, If Loving You is Wrong. As for why the promo photos are only prom-o photos (I am not sorry), I don’t know.