The one thing we should all remember about the fourth alien is that he’s a murderer. He’s probably had to do some unpleasant things over the years to survive, but that hardly explains all of the victims he’s left in his wake.

Even if the aliens, in general, think of us as a lesser species, that doesn’t make up for the fact that the fourth alien seemed to target the most helpless among us. But it does give the pod squad and their human friends a starting point for their investigation. 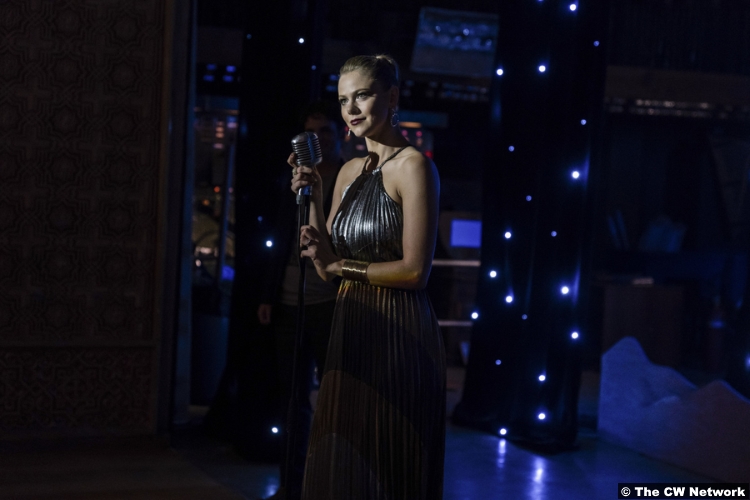 Since most, if not all, of the later victims frequented Maria’s Ranchero Night, it makes sense to look there. The very convenient fact that Wyatt Long decided to show up and be helpful is another gift. That he points the finger directly at Maria is surprising, though.

Maria was seen arguing with one of the victims, but when pressed, she says that the argument was about the victim’s relationship with a married man. Then she steals a syringe of the anti-alien serum from Liz’s clutch.

It’s fake, of course, and that was a smart idea, especially since the fourth alien apparently didn’t consider why Liz would bring that serum to the UFO Emporium Gala. Another smart idea is Jenna using her drug-detecting nail polish, which quickly establishes that Maria’s been roofied and thus, is probably being controlled. The fact that the next time we see Maria, she is passed out, is also a clue. The fourth alien is most likely at the gala.

With Max and Michael temporarily dispatched–locked into Michael’s bunker–it’s up to Super-Liz to solve the case. And boy, does she ever. I guess her brain really is her superpower. She manages to free both men, while only getting a bit of dirt on her gala gown, and then narrows down the suspects.

Who sent her to Grant Green’s place? Who advised Max to stop looking into Wyatt Long? All answers point to Noah, and once Liz examines his blood–still on her shirt from the shooter last time–she knows for certain. Noah is the fourth alien. 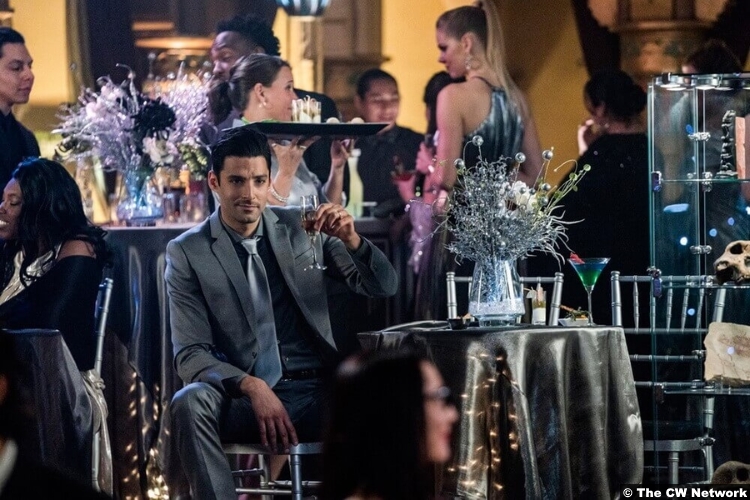 And it’s a good thing that she’s figured that out, because he’s already taken control of Isobel. She’d tried to enter his mind to find out the truth, but he’d turned the tables on her. His confession of love for Rosa and the fact that he’d been manipulating Isobel way back then certainly raises some questions. Like, how long has he been hanging around the pod squad? Did he always look like Noah or can he shapeshift? And how did he and Isobel meet?

Maybe I’m thinking of these questions because it’s kind of a letdown that it’s Noah. It’s partly because we’d been steered in that direction already, so it’s not a big surprise, and partly because the serial killer alien who preys on the vulnerable is the only one who’s not white-coded. I only have one yike, but it’s a large one. I’m going to hope they’re going somewhere with that. 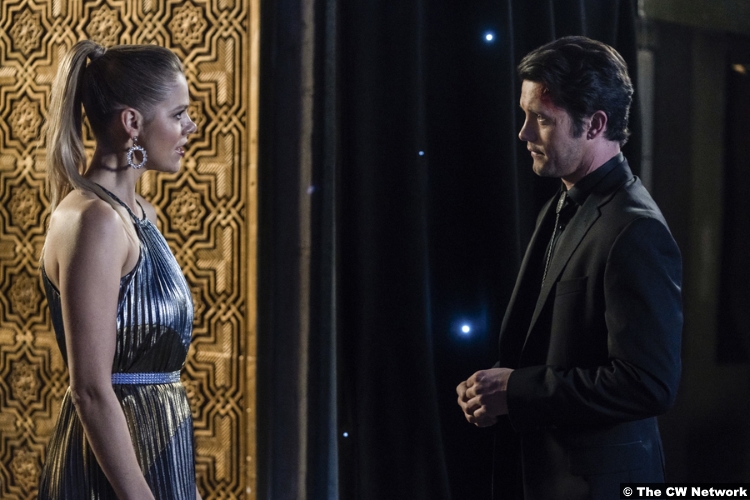 There is always the possibility that it’s all a mistake, but the blood test would seem to disprove that. So would Noah’s behavior after Liz jabs the real serum into him. He spends a few seconds controlling her body, flipping her around in a sequence that’s pretty unnerving. Luckily, though, that serum works on him, too, and it kicks in, giving Max the chance to come punch Noah.

So that’s where we leave our humans and our favorite aliens until next week. They’ve got control of Noah, but for how long? I mean, will the serum wear off since he’s seemingly more powerful? Will his cells deteriorate like his wife’s? From the promo for next week, it looks like they’re going to get a chance to interrogate Noah and they better take advantage of that. He may not be that long for this planet. Or any other.

7/10 – Although this was a suspenseful episode, the disappointment of the Noah reveal put a bit of a damper on things. It was nice that Michael and Max got a chance to have a real talk, though.