How much did I enjoy this week’s episode of Roswell, New Mexico? So much that I was happily scrolling Tumblr gifsets of the show when it occurred to me that I still had to write this review.

Okay, just let me turn down “Sucker” by the Jonas Brothers. First of all, I would be remiss if I didn’t mention that this episode was directed by Shiri Appleby, aka Original Liz. Appleby has gone on to act on other programs, including UnREAL, and it was while she was on that show that she tried her hand at directing.

I have to say, it was a good choice. There’s one shot in this episode, for example, that I thought was a particular standout. Also, fun fact: This is the first television episode Appleby has directed that she did not act in. So maybe that gave it that extra oomph. 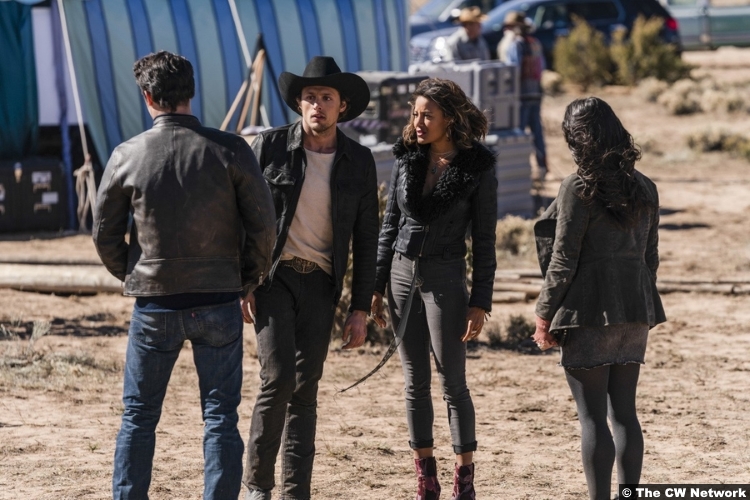 Or maybe it was just the episode itself. It has a fairly straightforward storyline. Michael accompanies Max to Texas to see a faith healer whose logo incorporates the beacon symbol. Separately, Liz accompanies Maria to the same destination, so Maria can see if Arizona (Sonya Balmores), the healer, can do anything for Maria’s mom. [And yes, trying to find the actress who played Arizona on Roswell, New Mexico’s episode “Songs About Texas” did feel like I was trying to win a geography bee.]

Back at home, where Liz has left her latest antidote in observation, Cameron pulls over Alex. It would be easy, I think, to make Cameron a villain. If you’re a ‘shipper, then you might see her as standing in the way of Echo, the Max/Liz ‘ship. Her being pressed into service by the elder Manes might make you see her as a threat to the aliens in general. But like I said, it would be easy. It’s much more interesting to do it this way.

She’s in a desperate situation. She wants to protect her sister, but she knows that Manes is the wrong allegiance. Or rather, she knows it’s the wrong Manes. By aligning herself with Alex, she can maybe get the protection she wants for her sister, while also being able to look herself in the eye. 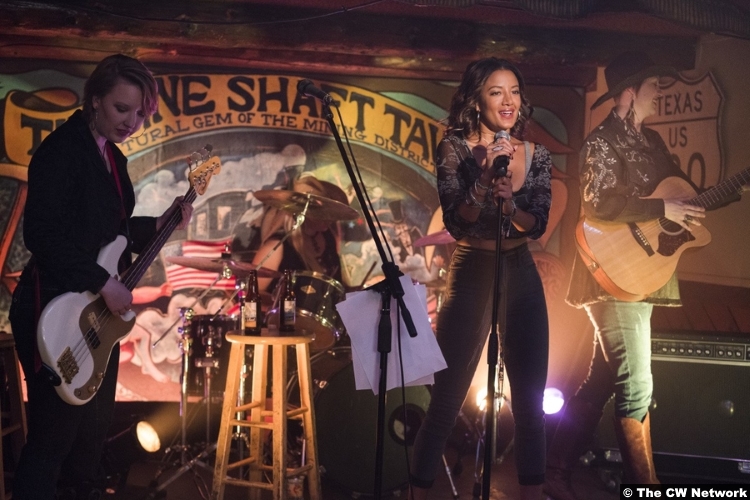 And also, the Alex/Cameron/Kyle friendship is fun as hell. It’s very cool, for instance, to see how much better Kyle has gotten since shucking off his nightmare high school persona. I don’t think that later confrontation between Alex and Michael, in which they finally got real about their feelings, would have happened so soon if Kyle hadn’t prodded Alex into talking to him.

But of course, the bunker gang had more important things to talk about first, like the number of autopsy reports signed by a Dr. Jane Holden, who turns out to be nonexistent. The reports, which include Rosa’s, are like Rosa’s–victims found with a handprint on them. It’s not Isobel, who hasn’t had blackouts in over a decade, so it looks like there’s a fourth alien out there. And they might have killed Jim Valenti.

News of another alien doesn’t come as much of a surprise, though, since Max’s talk with Arizona’s companion, an older woman from Arizona’s rez. Apparently, the beacon symbol originated with a woman who came to live on the rez–a woman, incidentally, who died just as our aliens emerged from their pods. And it seems she knew Max was coming.

At least they have that, because Arizona turns out to be a fraud. It’s sad for Maria, of course, who drowns her sorrows in alcohol and sleeping with Michael. Maria is also the only one now who doesn’t know about aliens, so it seems as if they might be setting this up so she’ll turn to them for help with her mother. 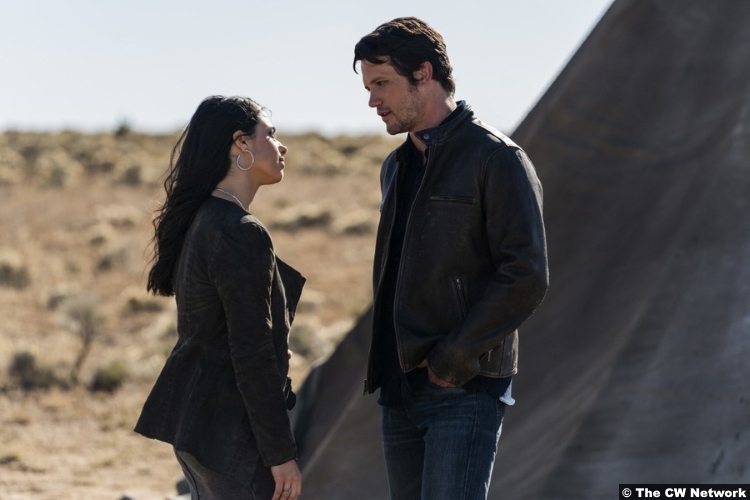 Back in New Mexico, Alex and Michael have that talk while Liz is finding out that her newest antidote version is stable. Oh and before that, she also kisses Max. Excuse me, it’s hard to type while I’m floating a full foot off the ground. This scene has the shot I was talking about earlier, and while some may think the lens flares were a bit much, I found it charming.

Max and Liz are obviously distracted, so they don’t see Noah lurking nearby. Last time I wondered how they were going to explain all this to him, and the answer turned out to be: not well. Basically, they’ve told him that she’s in rehab and can’t be contacted. So imagine his surprise when he slips past Max and Liz and finds his wife in a glowing pod. How are they going to explain that now?

10/10 – A bold score? Maybe. But as this is RNM’s best episode yet, it deserves it. There were so many wonderful details I couldn’t fit into the review, like the outstanding motel clerk in Texas describing the “jalapeno room” as “real spicy,” which made me laugh out loud, or Michael’s whole boot routine. Speaking of, if there were a part I didn’t like, it was Maria being used as a tool to drive Michael and Alex together. Maria deserves better than that. Maria may be her own savior, but she deserves her own love interest, too. I mean, if that’s what she wants.