Roswell, New Mexico S01E03 Review: Tearin’ Up My Heart – Liz decides to do some sleuthing…

I know last week’s episode was called “So Much for the Afterglow,” but it would work for this painful one, too. Thankfully (?), it’s only painful in my emotions. It’s actually a pretty good episode besides that.

After seeing those autopsy photos last week, Liz decides to do some sleuthing under the guise of helping Max with whatever’s ailing him. It’s pretty much a bust all around. We do learn why they drink acetone–it makes them feel better–but mostly, he just burns out her equipment. Also, Isobel is unsurprisingly irritated that Max is letting himself be, as Liz actually puts it, a “lab rat.” 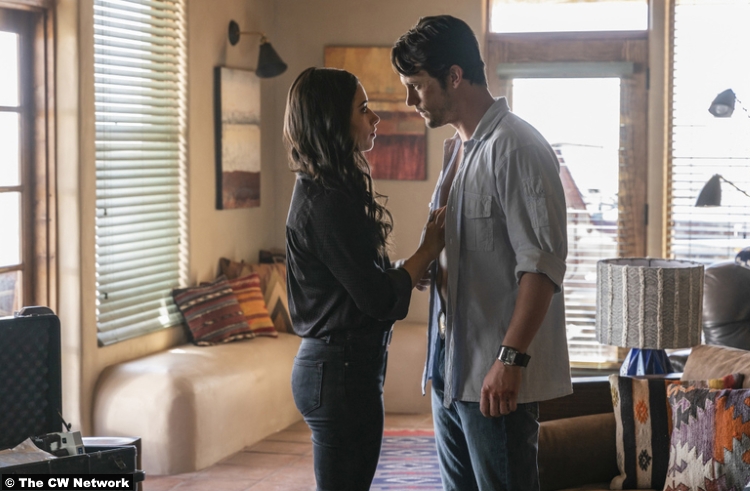 Speaking of those autopsy photos, they look old as hell. Almost fake. Are they? The admission this week that Kyle got them from Manes would seem to point in that direction. He still won’t tell Manes, by the way, where he saw the handprint, but it won’t be hard to figure out. Kyle doesn’t seem to hang out with that many people.

Liz’s next path is dictated by her late sister. Discovering that an old mix CD is actually a coded scavenger hunt, Liz eventually finds a note to Rosa from someone calling themselves Ophiuchus. For those of you who aren’t up on your astrology lore, there are some people who believe that Ophiuchus should be the 13th sign. Fraudulent zodiac, eh? Combined with the detail from Maria that Rosa was sneaking out to meet someone, it’s not a bad guess that the someone was Ophiuchus. 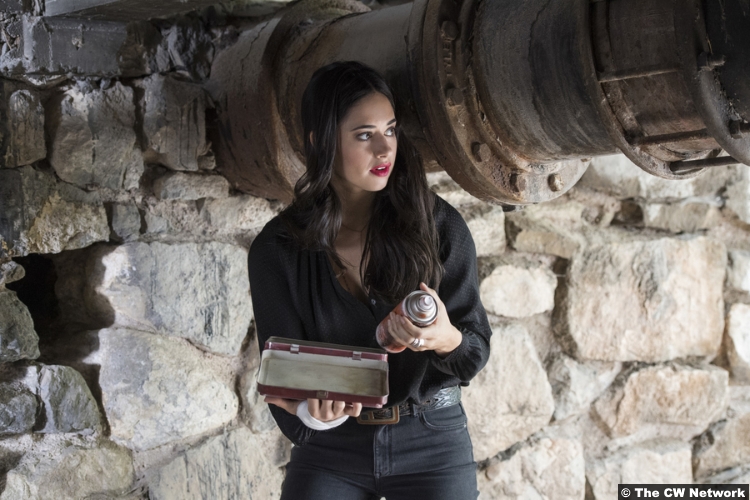 Liz will later find a love letter from Max and assume that he’s the secret someone, but I think it might be Isobel. At the town gathering to watch Mars Attacks, she tries to get into Liz’s head and get her to leave town again. Instead, she’s mostly blocked by memories of Rosa–her memories of Rosa, who asks, “Why are you being like this? I thought we were friends.”

She tries to shake Rosa, so she can warn Liz off, but instead she just gets a blast of Liz’s feelings. It seems that despite the fears she has that Max was involved with her sister’s death, Liz is still really into Max. Upset, Isobel rushes home, where she comes clean with her husband Noah (Karan Oberoi) about how codependent she’s been with Max. It’s a bit galling for her to tell her husband that someone else is her “person,” but this scene is one of the reasons why I like that they’re all adults. Adult Isobel is mature enough to realize that it’s weird for her to be so involved in her brother’s life. Anyway, Noah tells her that she’s his person and he’d like to be hers. Maybe she’ll loosen her grip on her brother and let that happen. 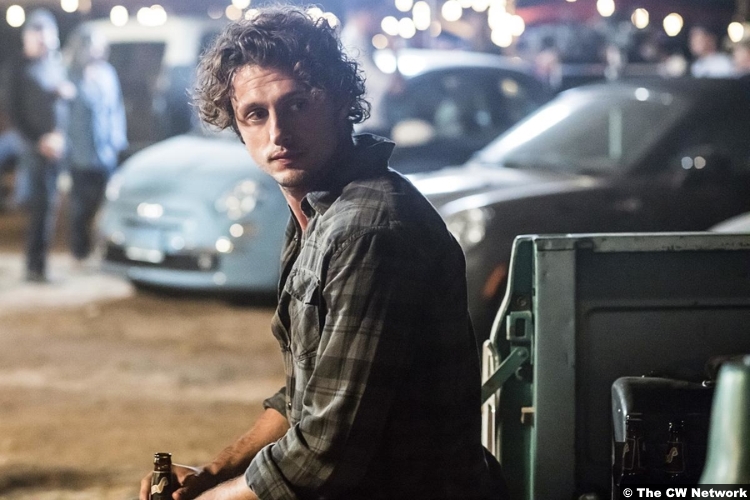 Meanwhile, Liz is finding that letter and jumping a giant conclusion to MAX LOVED ROSA. Poor Max not only has to tell her what men, women, children–puppies–can already see (he loves her in all caps), but he also has to find out a minute later that she thinks he could have murdered her sister. It’s like this scene from The Simpsons. It’s brutal.

And speaking of brutal, Michael and Alex’s brief reunion was fun while it lasted, wasn’t it? It’s clear that Alex wants this and is terrified of it at the same time, but while knowing may be half the battle, it doesn’t make it easier to watch.

*Max shorts out the power all over town*

Well, that’s helpful, too, I guess.

8/10 – I really don’t care for will-they-or-won’t-they storylines, but considering how fast they jumped from “Max maybe killed her sister” to “Max, did you kill my sister?!”, I have faith that the show won’t drag this whole Max and Liz thing out too long. I’m also very curious about the exact circumstances of Rosa’s death. Sure, it could be alien murder, but obviously, we don’t have all the pieces yet. And speaking of, those letters Kyle gave to Manes–I know he’s just trying to keep him away from Liz, but I have a feeling that something unfortunate is going to be in his late father’s notes.