Look, I know he’s going through a lot right now, but Max Evans needs to grow up. He’s a jerk to everyone in this episode and most of them don’t deserve it.

The only one who kinda does is Wyatt Long, and even he may be questionable. That’s because when they literally question him, he can’t remember anything about murdering Grant or trying to kill Liz. All he remembers is a strange symbol–the symbol, in fact, that’s tattooed on Max. Could something be controlling him? Is he having the same kind of blackouts as Isobel? And is that what’s being hinted in the first scene, a flashback to a medical procedure overseen by yet another Manes man? 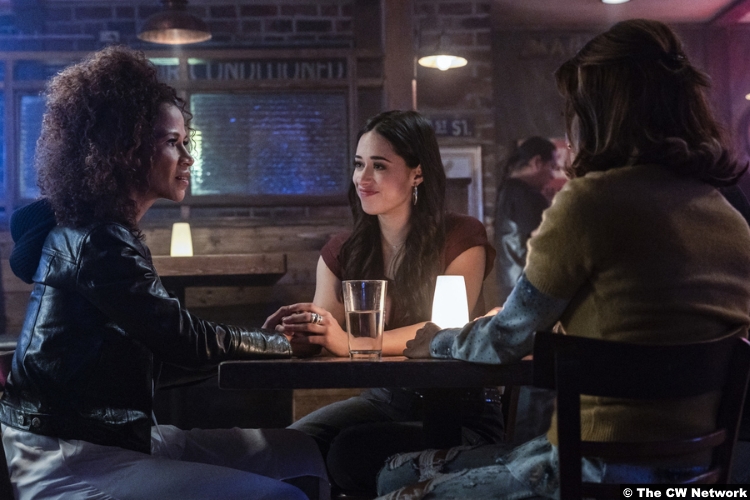 We don’t find out any of that right now, but we do get a little progress elsewhere. We get to meet Maria’s mom, Mimi (Sherri Saum), who’s having some kind of dissociative mental problems. It’s unclear what they are, as testing hasn’t revealed a source, but it makes her dreamy and out of touch with reality at times. For example, she keeps forgetting that Liz isn’t Rosa.

Like her daughter, who’s been bearing the strain of caretaking, Mimi does psychic readings. While it’s kind of funny that she tells Alex that “we aren’t meant to touch things from another world,” her revelation that Rosa had found out some secret about Isobel is far more interesting. Was it the most obvious secret or was it something else? 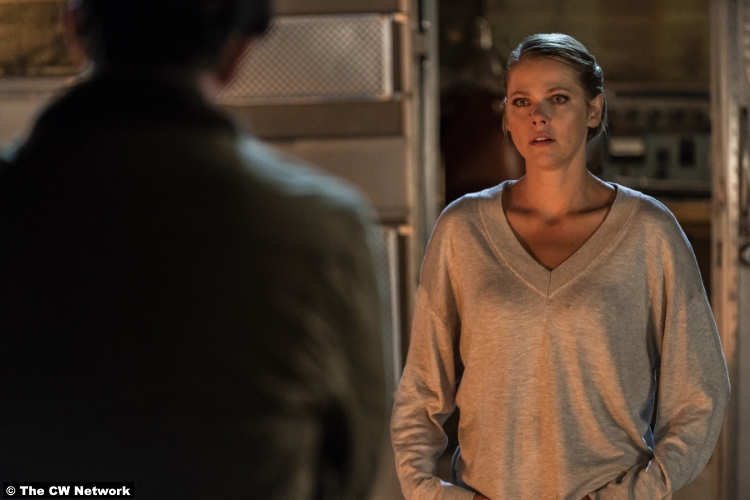 When Liz isn’t getting a fake psychic reading and finally being the friend she should have been all along to Maria, she’s working on an alien serum that seems awfully farfetched, I’m sorry. But sure, I’ll go with it. I mean, okay, she does have a point–even Isobel pointed out last week that the aliens don’t know where they came from or what they’re really capable of. It’s understandable that Liz would want to have some form of self-defense. It’s also understandable that kind-hearted Liz Ortecho will change her mind by the end of the episode.

But Max, in a rare moment where he’s not being the worst, surprisingly urges her to continue working on it, so he knows she’ll be safe. After all, he can’t put out all the fires all the time. And he’s got a helluva one with Isobel right now. 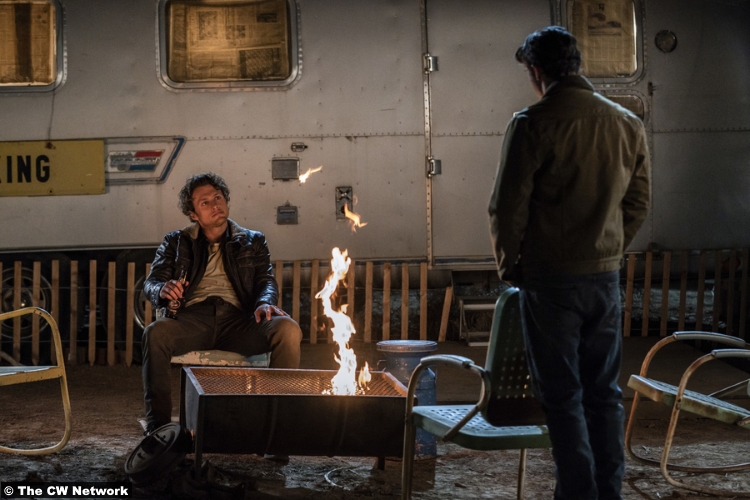 After spending some time moping around Michael’s Airstream, she finally decides to check herself into the local psych ward. It’ll ensure she gets minimal testing, while also putting her in a secure place for everyone’s safety. She also reaches a more honest place with Noah. She hasn’t told him the big thing yet, but she’s letting him be there for this, and that’s something.

Meanwhile, while initially being reticent, Cameron has apparently decided to move forward on working with Jesse Manes. When he first suggested it, he brought up a “Charlie” in a threatening way, and this week, we find out it’s Cameron’s sister. She got herself into trouble, so I guess the implication is that Manes could get her out (or further in, if need be)?

Viewers might resent Cameron for what she does this week, but I think it helps to look at it from her perspective. She gives Max multiple opportunities to say something believable, to come up with a good answer, and he dodges it every time. Not only that, but he does it in a rude and suspicious way. So when she texts Manes to look into Max, it shouldn’t come as a shock. She’s just another Roswellian choosing family over an outsider.

8/10 – While this episode had more questions than answers, I like that we got to spend more time with Maria than we have up until now. Maria’s been mostly floating in the background–likely due in part to Heather’s busy schedule–but this episode was a reminder that she has her own full life that doesn’t just revolve around everyone else. It was also moving to see her last scene with Michael. Although I fear they might be inching this toward a love triangle-type situation, it’s nice to see them just as friends.

And advance notice: Next week’s review will be a bit tardy, as I have to do go out of town and do something scary. I hope it will turn out well, but that doesn’t make it any less nerve-wracking. Anyway, I’ll let y’all know how it went!