Grant Green (Peter Diseth), the local conspiracy theorist, hasn’t been a major presence in the last four episodes, but he’s a consistent one. But consistency just means that it’s easy to tune him out. After all, I haven’t mentioned him until now. So it’s understandable that it’s taken this long for Liz to talk to him.

And that only happens because she stumbles across a recording of 911 calls received the night of Rosa’s death. Mixed in with calls relating the plight of a poor man who got so high he thought he was a cabbage, she hears Grant calling in to report that he’s seeing “3 teenagers” floating in the air by the old turquoise mines.

At first, he’s hesitant to talk to her, but when she tracks down his storage space at Long farm, the truth comes pouring out. He doesn’t actually believe the stuff he spouts on his podcast, but a shadowy someone–or rather, someones–are paying him to fill the airwaves with noise. He did see Rosa and the other two girls floating, but he would rather not have anything else to do with this, thank you very much. That’s because everyone who has had anything to do with it is dead. 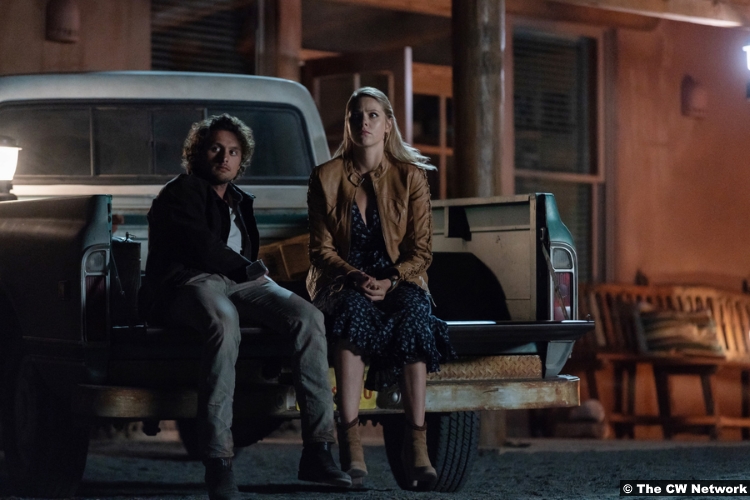 And so is he. He and Liz aren’t at the Long farm, uh, long before someone starts shooting at them. Max will end up pulling Liz out after she escapes both gunshots and an explosion, but someone silences Grant forever with a bullet in his forehead. Is it really all Wyatt Long, though? It would seem unlikely. However, obviously, we don’t find out everything in this one episode.

Max has turned up at the farm, by the way, because he’s finally found out what we knew already–that Isobel, with Michael’s knowledge, brainwashed Liz away after high school. Having realized that she didn’t leave because she wasn’t into him, he’s rushed over to have another brutal relationship conversation, I guess. But let’s put a pin in that for the moment and shift gears to another relationship. 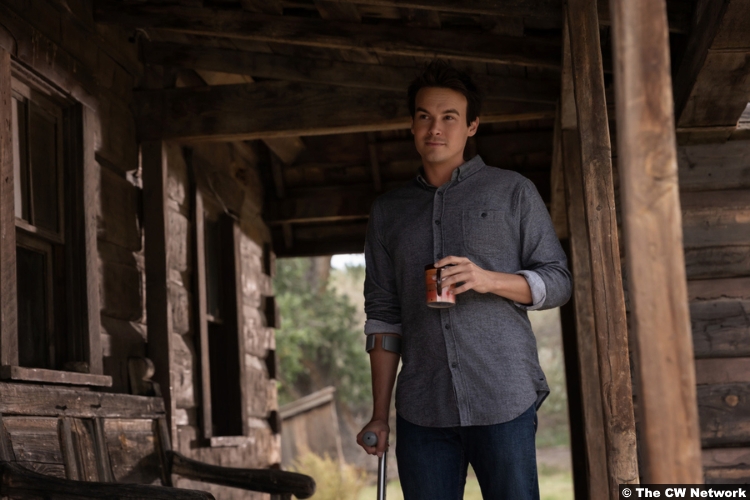 We find that out after Kyle goes to his dad’s old cabin, which he willed to Alex. In the same box of stuff that produced those 911 calls is a key, so Kyle’s looking for the corresponding lock. Before he finds it, though, he and Alex find a secret room underneath the cabin. After this week’s True Detective, any secret girly room has me on edge*, but it seems like old Sheriff Valenti used this room for detoxing Rosa. Why would he do something like that? Because, and I need you to sit down for this, Rosa was his daughter. Dun dun DUUUUUUN!

Later, Alex will find a piece of the Roswell ship in the room and I hope so hard that he will have the talk with Michael (who also has a piece of the ship). And by “the talk,” I mean the “So I’m an Alien AMA” talk, the one that Isobel dodges with her own partner this week. After she disappears all night–mind-reading blackouts–and Noah finds nail polish remover bottles all over the house, unsurprisingly, he wants to know what’s up. He even gives her an easy excuse, by suspecting that the bottles are a cover for alcoholism, but still, she can’t bring herself to take it. Or tell him the truth. 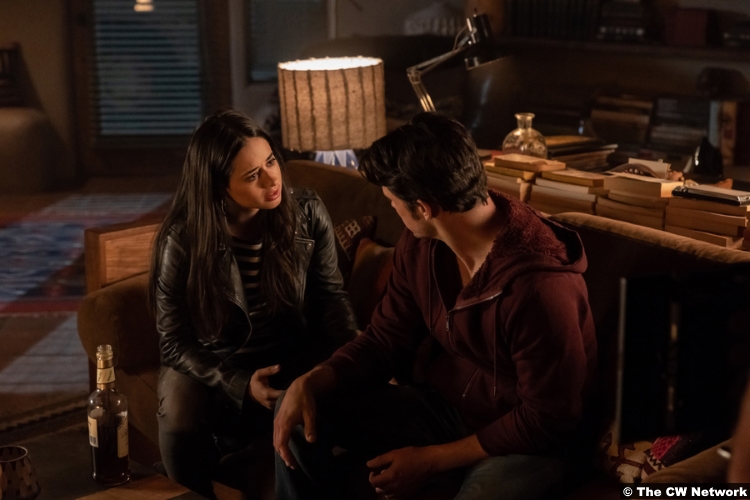 I don’t blame her that much, because Lord knows, she has to deal with a lot of hard truths this week. There’s the aforementioned exchange with Max, for example, in which we find out that the only thing that kept him going after Liz left was Isobel and Michael. And of course, they’ve been lying to him for years.

But the lies go both ways. When Liz goes to see Max after the incident at the farm, she shows him the photo of Rosa. She’s already put it together that the girls floated that night because Michael was moving their bodies. He couldn’t do it the human way because he had a hand injury. And for the first time, she really looks at that photo, and realizes the hand is too small to be Max’s. So if it wasn’t Max and it wasn’t Michael, there’s only one alien it could have been.

Unless, you know, it was some other alien that even our aliens don’t know about.

9/10 – There was a lot going on in this episode, but even with a frickin’ explosion, it never felt too scattered. It was all neatly tied together. Although there were uncomfortable things revealed, they needed to be. But they still didn’t reveal everything, like who the “they” was that was paying poor Grant Green (RIP) and probably (definitely) ultimately killed him. And of course, we still don’t know exactly how the girls died. We’re getting closer, though.

*The “What’s the worst thing we can find?” “Literal skeletons!” exchange was fantastic, by the way.