Roswell, New Mexico S01E10 Review: I Don’t Want to Miss a Thing – Does Maria have powers?

There are obviously lots of things to talk about with this week’s episode, so let’s start with what I’m sure is on everyone’s mind now: Does Maria have powers?

Have we’ve been letting this whole alien thing sweep us along while Maria’s out here actually being psychic? Sure, the card thing could just be a trick, but she seems to know things and now I want to know things.

I’m not alone in that respect, as a newly reawakened Isobel also wants to know all the things. She’s managed to come out of the pod with no memory loss and something–the pod or the new serum–has even returned some of her memories to her. To that end, she’s able to remember the beginning of her relationship with Rosa. 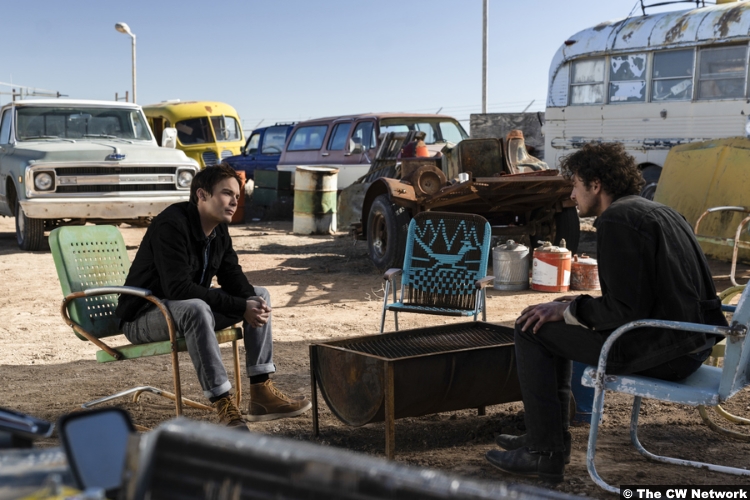 Unfortunately, she’s also able to remember killing Rosa, but just as it seemed when we saw it from the boys’ perspective, it doesn’t appear as if she was fully in control at the time. That, of course, lends further credence to the theory that the fourth alien is a super-influencer. Supporting evidence for that includes Wyatt Long’s behavior at his family farm and the active shooter in this episode, but more on that later.

Isobel also finally comes clean with Noah. Although I’m not sure I buy into the viewer rumblings that he’s the fourth alien, I’m glad they answered one of my major questions, regarding whether she’s ever influenced him. (She says no and I believe her.) He takes the news that his wife’s an alien about as well as one could take that info, and I would even say he takes it better than Alex.

Because speaking of coming clean, there’s a lot of that going on re: Malex. Michael even shows him the ship console he’s been trying to rebuild. Alex doesn’t show the missing piece he has, but I think his reticence there has more to do with his not wanting Michael to leave. He’s become more comfortable with expressing his feelings–see also: his conversation with Maria–but for some reason, he can’t just tell Michael to stay. The molecules knit together, Alex. 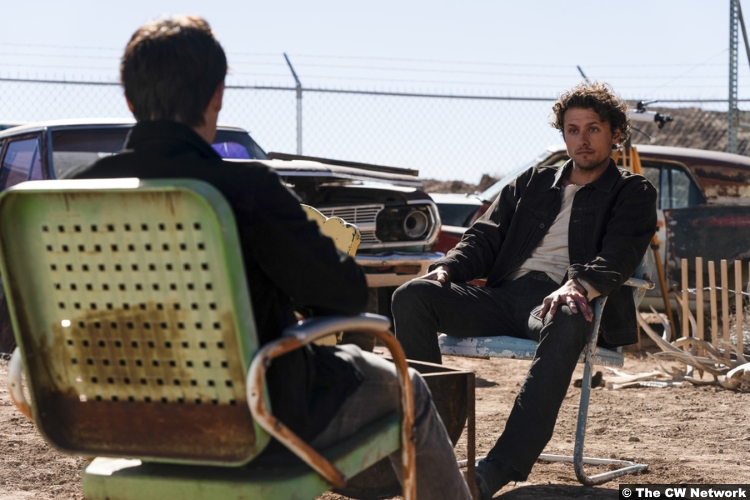 Moving on, while it’s nice that Maria now knows who the museum guy was, I wish she was getting a better shake out of this whole Alex-Michael-Maria thing. Well, it’s too soon to tell, so let me rephrase as I hope she gets something better out of all this. And for God’s sake, tell her about aliens! Even Cameron knows.

I mean, Kyle told his mom about Rosa’s real paternity and she took that very well. I know Maria’s got a lot on her plate, but I don’t like her being left out. 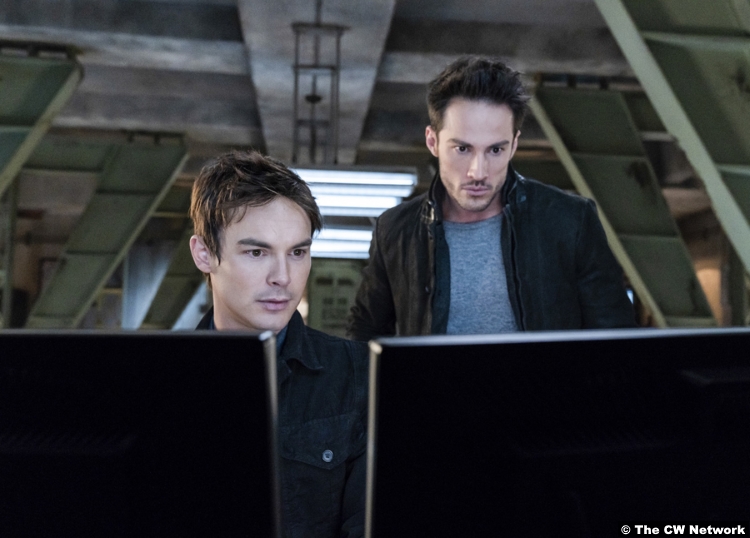 And speaking of things I don’t like, the active shooter stuff didn’t work for me. I understand what they were trying to do there–show another person unknowingly committing crimes–but the scenes never played like there was real danger. It was scarier when Noah greeted Isobel with that gun. Although I will grant that it’s interesting that Liz (or her work, rather) seemed to be the target, I just think a subtler attack would have been more effective.

7/10 – Although a bit of a disappointment after last week’s highs, it was still a pretty solid episode. Who could the fourth alien be? They are clearly trying to point us at Noah–the cut to him after discussion of the fourth alien, the description from (Racist) Hank that Maria interpreted as “not white”–but that seems a bit easy, no?