Season nine of The Walking Dead may be the most bizarre collection of episodes in the show’s increasingly long history. After apparently clearing the table after the defeat of Negan, the show put together a satisfying story of what such a grand victory, along with the consequences of said victory, would look like. I genuinely think that if it hadn’t been for Andrew Lincoln’s exit from the show, as well as how wholly unsatisfying the bait and switch nature of that exit, that season nine would be the best season of The Walking Dead for a long time; certainly the best since I began my coverage of the show. It’s a testament to how good an addition The Whisperers have been, along with B-plots like the quest for the projector bulb, that The Walking Dead is finally acting like a show again.

What I mean by this is perfectly apparent in Chokepoint. Instead of trying to fit as many small plots as possible, like pilot fish to the big shark of the season-long story, The Walking Dead has been practicing some restraint. Last week’s Guardians is a good point of reference for what weakens the show: the time we spent with The Whisperers and Daryl and Connie’s rescue of Henry and Lydia worked extremely well, as did the time spent with Michonne and how her dreams of a united society have been warped and changed by Rick’s disappearance, and whatever split the communities in the first place. This is all great stuff, especially as it pertains to the shadow that Rick has left over the show. All of this is good characters work, which in turn leads to stronger stories.

Then we were given the dead weight of the Rosita pregnancy arc. In all honesty, I doubt I would have cared about this storyline even if we were given more than a couple of episodes to get used to the new status quo after that post-Rick time jump. Yet what we got was a bunch of characters, only two of which (Rosita and Eugene) that had any kind of past relationship to build on, and we were told that whoever wanted to be with Rosita was something we were supposed to care about. This doesn’t work because of the lack of real development: which is one of the major pitfalls of a time jump. It also doesn’t help that we have the example of Carol and Ezekiel, two characters that have had way more development the closer they got to each other, meaning that jumping to them being together felt like a reward for them and, indeed, for us. 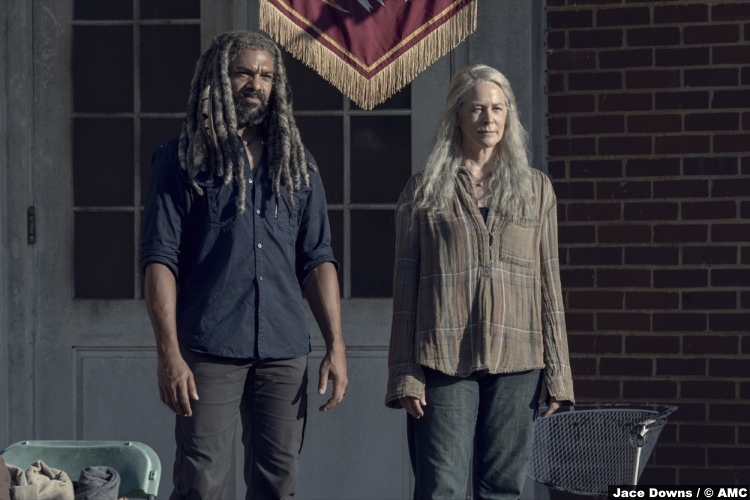 Chokepoint doesn’t have this problem thanks to the fact that the events of the episode are lean and easy to digest. A-plot is Team Daryl fighting off Beta and his goons, B-plot is between the Kingdom and the Highwaymen (who are responsible for those symbols around the outskirts of The Kingdom), and the C-plot is about that annoying old couple deciding they want to keep the baby that Alpha basically threw away. It could be argued that the C-plot is filler, but we all crapped ourselves when the Walkers were about to eat the baby so I for one am glad about this happy ending. 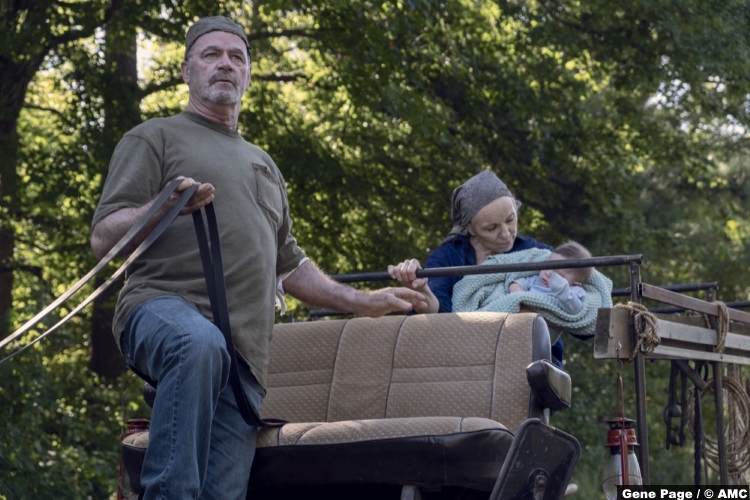 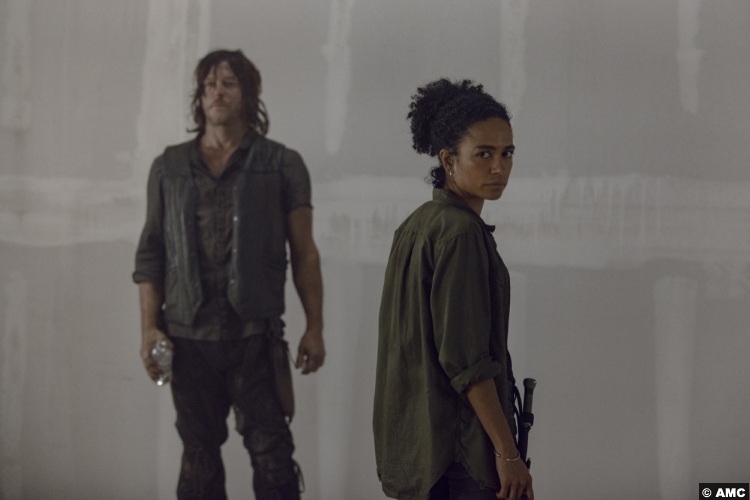 The Daryl and Connie, who is by far my new favourite character, part of the episode (yes, Henry and Lydia provided the emotional backbone, I’ll get to that) was an awesome sequence. For those of you that are still coming to The Walking Dead for a realistic look at the zombie apocalypse may have a problem with Beta reviving himself slasher-style, but I for one think that this is a great move for the show. I stopped taking this stuff seriously back when Negan and Gabriel were stuck in the Winnebago, and Jesus death was the stuff high camp was made for, so I completely support this kind of stupidity if the results are this damn entertaining. There is just something about Daryl being the main character that works here, especially thanks to his lack of Rick/Carl-like handwringing. This dude gets the job done, and Connie may be even more impressive. Finally, for this section I need to talk a little about Henry and Lydia. Henry is taking a lot of chances on this girl, who to be fair has had an awful life, but we all know that the reason he’s being so reckless is because Enid is officially taken. That may sound reductive, but teenagers didn’t disappear just because the world ended. In fact, the closer we get to returning to proper civilisation teenagers are going to make a comeback.

Which leaves with the Highwaymen. I’m pleasantly surprised about how this story went, especially since the show realised just how ridiculous the concept of these people was right away. By quickly bedding them into the show’s world in a way that didn’t mean instant bloodshed is a great way of rubber-stamping exactly what this fair is supposed to achieve. What makes it even better is that this only makes The Whisperers a bigger threat. 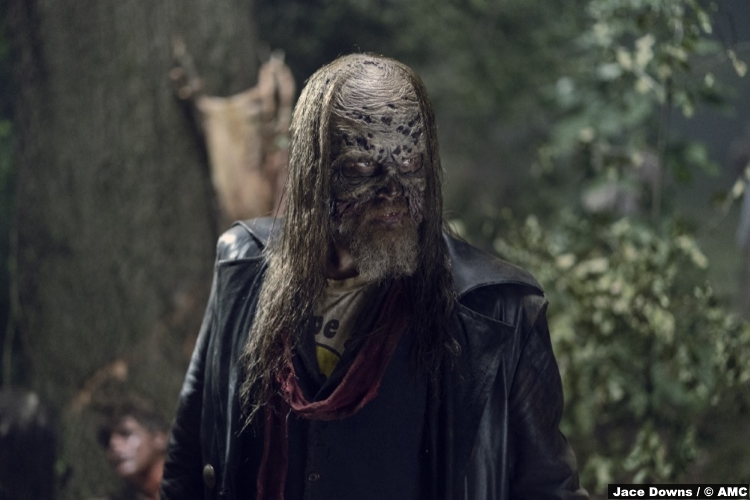 8/10 – I was convinced that The Walking Dead had forgotten how to do a proper standalone episode, one with a proper beginning, middle, and end, but Chokepoint got pretty much everything right on that score. The show has become promising again, which in itself is another minor miracle, but, if Carol can change, maybe the show can too. That sound you hear on the wind is me holding my breath as I hope they don’t screw everything up next week.