The Walking Dead S09E12: Guardians- A solid episode, even if Henry is an idiot

I’ll admit it: my prediction that Henry would ruin the momentum of a storyline that is a lot better than The Walking Dead deserves at this point, proved to be both absolutely correct and completely wrong at the same time. Let me explain: Henry is the latest version of the show’s dumb kid archetype, we needed a new one now that Enid is old enough to be with a guy that has a better beard than Carl could ever have grown, and Carl, along with Henry’s big brother, is dead. The Walking Dead needs the dumb kid trope, otherwise the writers would have to think of cleverer ways to tell these stories, with better metaphors and less motivation from puberty boners. Nothing would get done is what I’m saying. So, Henry was exactly as dumb as I thought he would be, so that makes me right. But, and this is a big BUT! Henry’s stupidity gave us a way into how The Whisperers operate when they are not saving Lydia and giving noisy babies to their Walker idols. How we got to this information was through The Walking Dead’s house style of bad writing, but once we got there, it got good again. 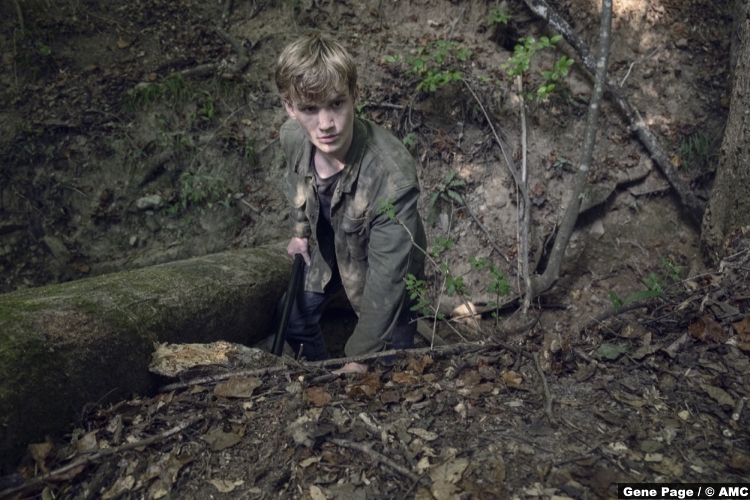 Maybe good is the wrong word. I’m not sure what the right word is but what I am sure of is that Samantha Morton is probably hypnotising me. I’m not saying that the people behind the show deliberately hired Morton, who my streaming habits will show that she’s one of my favourite actors (I’ve seen Control and Morvern Callar far too many times), for the specific purpose of getting their Cult of Whatever episode scores up, but I’m not saying they didn’t either. I’m doubting my own critical faculties because instead of laughing my ass off at how The Whisperers were walking so slowly through the forests and fields of Georgia, it looked bloody ridiculous, I’m eagerly listening to whatever horrible crap that is coming out of Alpha’s mouth. The same mouth I can barely see moving because of her stupid mask. It was awful (I think) but it was also kind of brilliant. 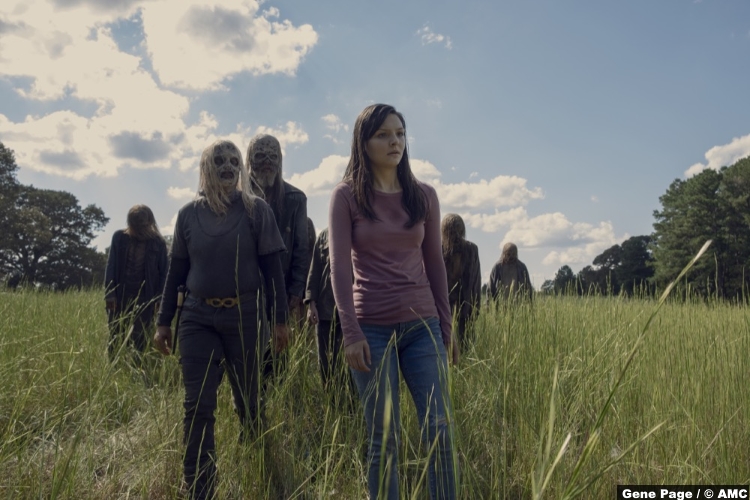 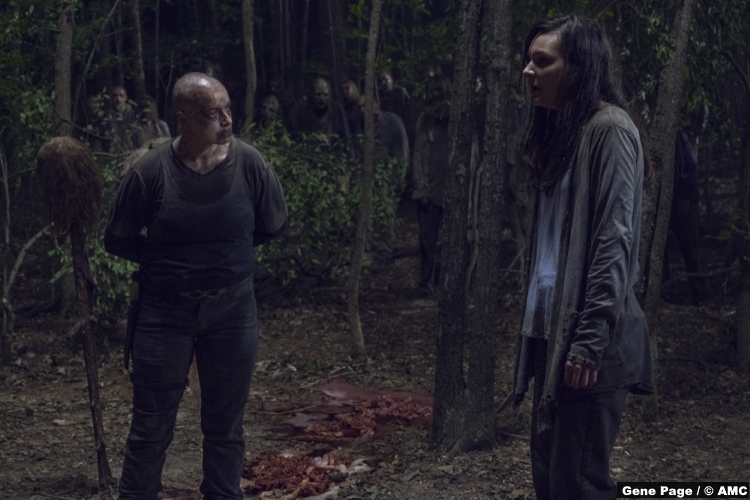 The fact is, despite the high concept of its premise, The Walking Dead has proved itself to be a limited show. Despite its fantastical setting, there is very little humour, not a lot of levity, and as far in as we are, there isn’t much left that can scare the average viewer. Yet, The Whisperers fulfill each of these wishes: they’re ridiculously funny when you think about them, they provide the kind of accidental levity that The Americans was great at (my girlfriend rightly said that The Americans was one different musical cue away from a comedy), and they are really scary. Or they aren’t any of these things and Samantha Morton is a powerful witch.

All joking aside, for a little bit at least, Guardians was an interesting episode thanks to the story finally focusing on Michonne once again. There are some fans of the show that feel that Michonne has been character assassinated post-Rick’s move to the movies, but this episode puts her fears at the forefront in order to explain the change in her behaviour. Pre-Rick’s disappearance, Michonne was the brain behind a charter that would act as a code of conduct throughout the four settlements. Her dream was to incrementally get civilisation back on track. One time-jump later and she’s the poster-girl for the survival of the fittest: ready to leave the Kingdom, Hilltop, and Oceanside to their own devices while she keeps Alexandria safe. She’s gone full dictator as she has nullified the council of Alexandria that she help build. Thanks to a pair of enlightening talks with both Negan and Judith, Michonne softens her approach, though the way she explains it to Aaron feels a little like she is allowing the council to take a risk that she isn’t entirely sure of. Even so, this was some strong character work for a character that will be sorely missed when she either dies or follows Rick to the big time. 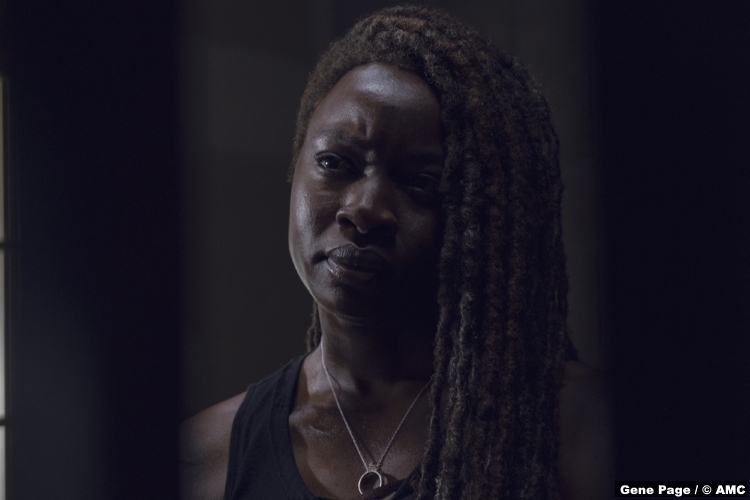 Guardians painted a picture of how two leaders: Michonne and Alpha, operate to keep their people safe. Michonne, with some not so gentle prodding from basically everyone, reverts back to the system she had a hand in creating, and Alpha does the exact same thing. Alpha’s way is that of tough love, abuse, and fear. She’s a great villain because, even in spite of the silly/awesome death masks, Alpha is nothing more than a charismatic abusive parent, to everyone as well as to Lydia. Through Henry’s stupidity, though I feel like Lydia has had enough doubt introduced about her people to carry this plot herself, we get to see how Alpha stays top dog. In lesser hands, this would just be the same Negan-like posturing, but there is just something about Alpha that adds more weight to her cruelties. It may be the performance, it may even be the writing (even a broken clock is right twice a day), but the more hateful Alpha and The Whisperers become, the more watchable The Walking Dead becomes.

7/10 – I realise that 7 seems like a low score considering the praise heaped on most of the episode. It loses points mainly because of the Rosita/Sadiq/ Gabriel/Eugene baby triangle, or square. This has absolutely no impact whatsoever because we never got to see any of these people discover they had any kind of romantic or sexual feelings for each other. We just got another time-jump and told that this is the way of things now. It’s a poor excuse for a plot in an otherwise fine episode.