The Walking Dead S09E10: Omega – At least it has Samantha Morton

The Walking Dead has recently had perhaps its longest period of upheaval in years, something that is proven once again by Omega. I mentioned last week that the mid-season premiere felt a little weak in comparison to previous years and that feeling continues into this week’s origin story of Lydia and The Whisperers. It’s a clumsy hour of television that hangs together mainly due to the promise of more Samantha Morton. The Walking Dead has had some truly great actors in its ranks, Lennie James, David Morrisey and John Carrol Lynch, to name a few, but Samantha Morton is on another level altogether. From amazing supporting performances in the likes of Minority Report, In America, and the Ian Curtis biopic, Control, Morton has proven herself as a chameleon onscreen to the point that I’m extremely confident that she will elevate any old crap that The Walking Dead is likely to give her. 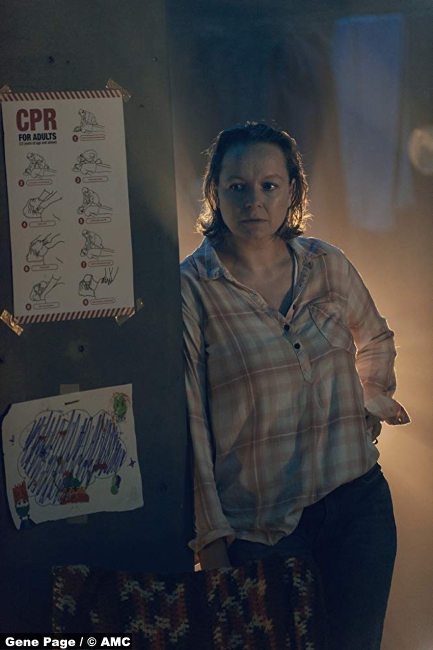 Unfortunately, Omega has two serious problems: the first being focus. Is the second episode after a mid-season finale, in which the new timeline is only a few episodes old, really the best time to have yet another detour away from the show’s main characters? Michonne has been set up as the new lead and she is nowhere to be seen. Instead, we spend time with Lydia, who I think is the titular Omega, as she gives us, along with Daryl and Henry, a fractured story of how her mother became the leader of The Whisperers; though no one in the show is calling them that yet. This plot on its own is fine, apart from Henry, but its placement in the series is a little confusing. 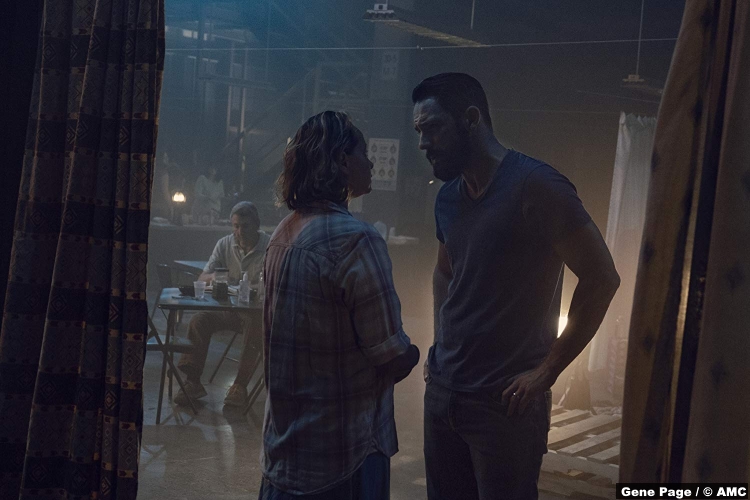 I understand that we have been given plenty of examples of the threat The Whisperers cause, but The Walking Dead’s characters are still getting to grips with their existence. Considering how long we had to wait for Negan, and how quickly Terminus was taken care of, it’s hard to predict how much time The Whisperers are going to get. Villains in The Walking Dead have the bad habit of overstaying their welcome or being killed off before they have reached their full potential. With all of this in mind, it seems way too early for Alpha and her band of dead-flesh wearers (tune back in next week when I’ve finally thought of a snappy nickname) to just rock up to the Hilltop gates and say boo! 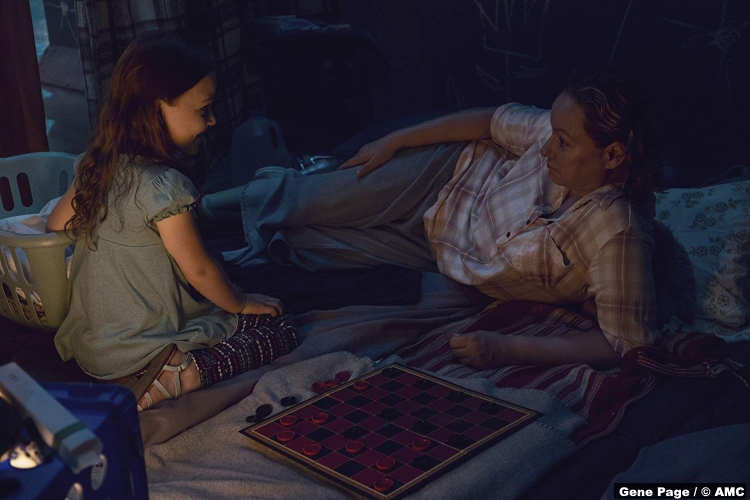 At the heart of Omega is a solid story of how parental abusive can shape and control a child and their worldview. Lydia literally can’t conceive of a version of the Hilltop sustaining itself for so long because her mother has told her that every settlement will fall eventually. Lydia has seen first hand what can happen when panic and hysteria rock a community, whether it’s a settlement like Hilltop or a basement of survivors who seemed to be safe from the outbreak until cabin fever set in. It’s situations like the latter when the ruthless among us grab the power, and that’s exactly what Alpha did by killing her husband and physically and psychologically torturing her daughter until she remembered a version of these events that make her mother look strong and her father look weak. All of this is great stuff, especially as it connects to Daryl’s own history of abuse at the hands of his father and his big brother. Daryl needs to step into lead character mode, and this was a clever way to keep him at the forefront of the story. Both Daryl and Lydia survived partly due to their parent’s abuse, but it has also stopped them from, in Lydia’s case, forming meaningful relationships, and made it harder for Daryl to trust people.

The second huge problem of this episode is one that will be a common complaint of any viewer still sticking with the show at this point: stupid characters. While the A plot with Daryl and Lydia mostly works, everything else in Omega is pretty terrible. For one thing, Henry nearly drags the positives of this episode down by his mere presence, especially when he’s the mouth-piece of the show’s writers telling Daryl what kind of man he could be. That’s lazy writing, and The Walking Dead needs to stop. 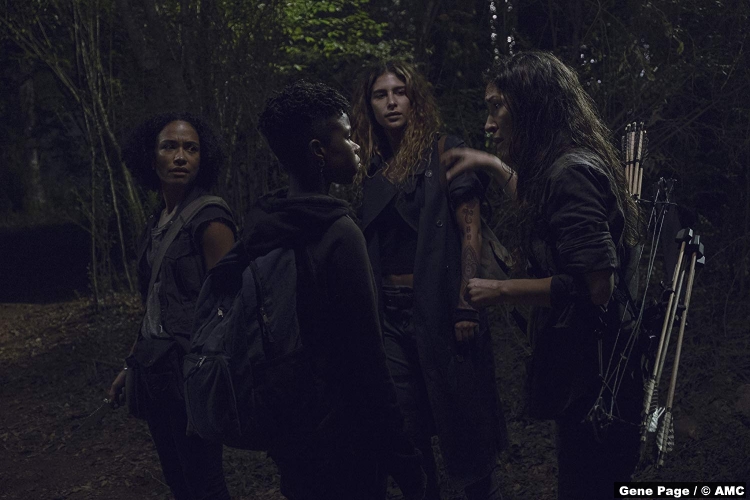 Even so, Henry isn’t the biggest idiot of the episode, that title belongs to the newbies: Kelly, Connie, Yumiko, and Magna. They start off well as we are shown how they survived for so long, they’re quite good at killing Walkers. Then things take a turn for the dumb as they all agree to sneak out of Hilltop at night to try and find Luke. We all know that this is a dumb plan but if the show just went with it this would be easier to swallow. Instead, the four knuckleheads realize that hunting for their friends in the dark when they don’t know the difference between Walkers and people dressed as Walkers is a stupendously ridiculous idea, what happens next? The deaf woman and the girl with the slingshot stay out there and the badass archer and knife expert decide to go home. What the hell? This is such unbelievably weak writing that it actually made me furious when I was watching it. Even more furious than Henry, and that’s really saying something.

6/10 – The presence of Samantha Morton, an interesting origin, and a clever way of bringing Daryl to the forefront is let down by literally everything else in the episode.