The Walking Dead S09E11: Bounty – More of this, thanks

I’ve found myself wondering a lot these days about what viewers want from The Walking Dead. What do I want from The Walking Dead? Has the show, with its multiple time-jumps which short-circuited the best story it’s had in years, its continued exodus of some of its biggest and most enduring characters (Jesus is not included on that list), and the annoying amount of screen-time a certain blond teenage boy is getting finally sapped any residual patience I had for it? Before Bounty, the answer to that question would have been a resounding “HELL YEAH!”, but this week’s episode felt a little like old school Walking Dead, only now it’s making the new pieces fit a little better to the point where the bigger picture is starting to look a little more attractive.

Bounty does this in a way, and here I go again, giving The Walking Dead credit for acting like a competent show, that is deceptively simple. The episode has two parallel stories: the standoff with Alpha at Hilltop and Team Kingdom’s cinematic escapades. One story is brutal, tense, and almost brilliantly informs some of the aspects that the show began to explore in last week’s Omega. The other is a light-hearted romp that keeps itself from tonal whiplash because it’s genuinely nice to see how some of these characters work without a huge impending crisis to deal with. The result of both of these very different storylines is that they both compliment and inform each other. The Kingdom shows us a surprisingly shrewd way that these characters take responsibility for trying to make civilisation better for the next generation: sure, risking lives for a projector bulb seems like an intensely stupid way to get yourself killed, but I couldn’t help but be taken in by Ezikiel’s reasoning for this quest. It’s the best iteration of the argument that the show tried, and failed, to make with Luke earlier this season.

The problem was that the whole “art brings people together” argument coming out of Luke’s mouth couldn’t be taken as seriously thanks to the dialogue also acting as characterization of a dude who I just haven’t warmed to. His secret warning to Connie was dope though, so, credit where credit is due. The same theory coming from Ezekiel has much more weight because we have so much evidence of the way this kind and clever man has maintained moral for his people for nearly a decade at this point. His enthusiasm is infectious, especially when he’s backed up by Jerry, who continues to be a star. 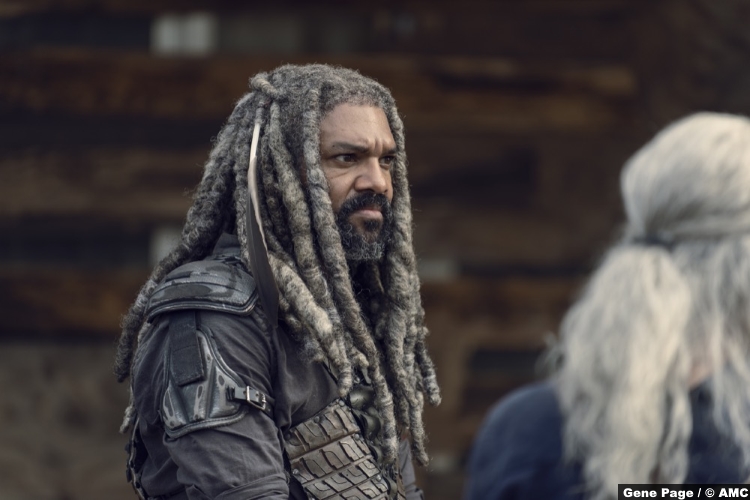 The cherry on top of this story is how it informs Ezekiel and Carol’s relationship. Our first meeting with Ezekiel was through Carol’s eyes, all the way back in The Well, where this larger than life character peeled back the façade to show Carol who he really is. It was a special moment, and they share another one in Bounty. Henry spoke to Daryl last week about why Carol always has her hair cut short: so her abusive husband couldn’t use it to grab her and slam her against the wall. Carol became harder and harder, a true survivor who felt like she lost her humanity along the way, until she met Ezekiel. Now her hair is long and she believes in this mad gem of a man’s dream to reunite the communities, even rallying everyone when it looked like their “cobra strike” seemed lost. In a show that peddles in outright misery most of the time, this felt like the character-driven interlude that we needed.

Things are a lot more like the norm on The Walking Dead back at Hilltop. Just as Team Kingdom are trying to build a better future, Hilltop has the latest threat to that future knocking on the door. I’ll probably say this every week, but Samantha Morton as Alpha is absolutely chilling. Maybe that’s why Negan returned to his cell, he knew he was no match in terms of villainy against the leader of The Whisperers. The set-up is simple: Alpha wants her daughter in exchange for Alden and Luke. This stand-off would have been a little dull had it not been peppered with moments of action that prove the show can still put together a scary set piece, and the empathy that Daryl has for Lydia that delays him making the hard, but in this case necessary choice. 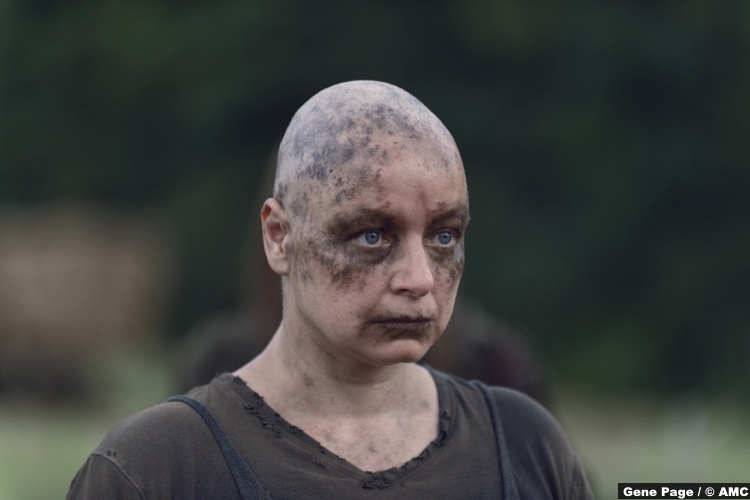 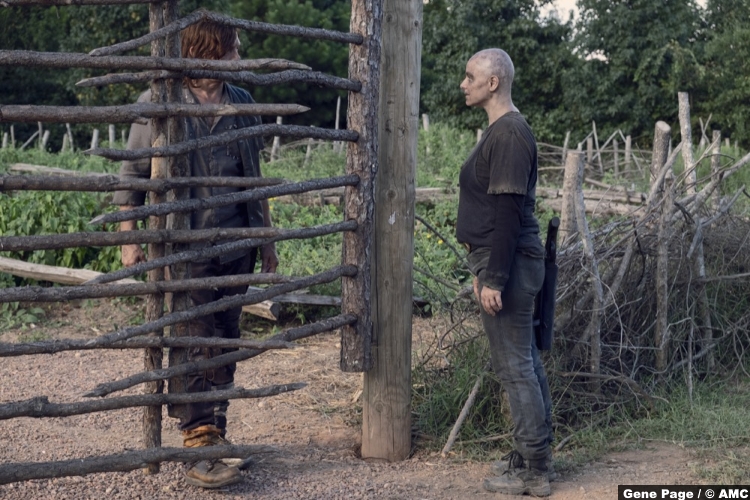 I’m still not a big fan of the newbies, but Connie rescuing the baby, a situation which in itself is one of the show’s more shocking examples of how formidable and cruel a new big bad can be, is one of the all-time best and most creative action scenes The Walking Dead has ever pulled off. Yet, it was the emotional throughline that made this work. Alpha is an abuser, the first thing she does when she gets Lydia back is to slap her for her failure to address her by her proper title, a mirror of Daryl’s own abusive upbringing. For a show that usually had Rick face off with the shadow version of himself as head of a community, the show needed to go in a different direction now that Rick is off making movies. The connection of abuse between Daryl and Lydia is a clever play, especially as it makes Daryl, who has been nothing more than a grunt in a cool jacket for about five years, feel like a much more compelling character.

9/10 – It’ll all probably come crashing down once again next week, especially since Henry continues to be a bloody idiot, but Bounty reminded me of the reason I keep coming back to this inconsistent show.