Continuing my apparent trend to cover like, everything on TV that’s been adapted from a book, we’re starting the new (and possibly only) season of HBO’s adaptation of Sharp Objects. The book was written by Gillian Flynn, who wrote Gone Girl, which had great success with its adaptation, and who also wrote Dark Places, whose adaptation was just okay. Sharp Objects was created for television by Marti Noxon, who is just really going for it this year, and each episode was directed by Jean-Marc Vallee, who also directed all of Big Little Lies. So hopefully, this all turns out well. Let’s find out! 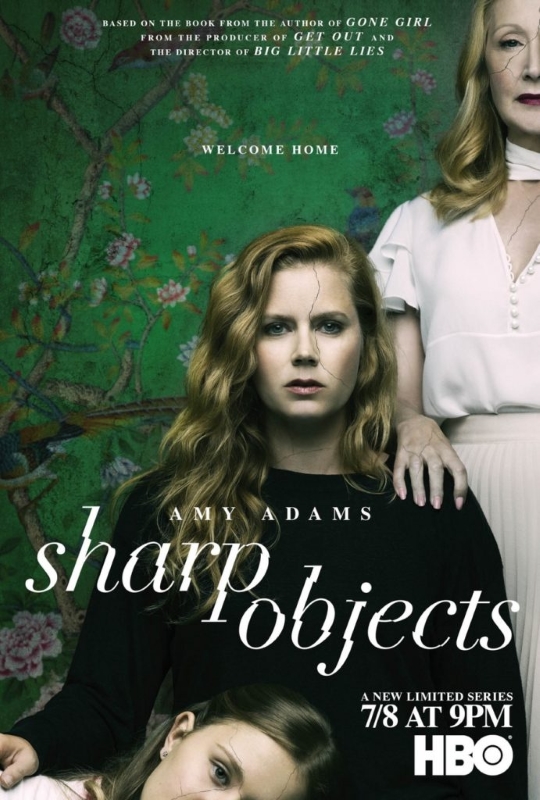 [Note: This series will deal with serious topics, including violence against children and self-harm, so these topics might be discussed in reviews. Please reach out if you need help.

And also, while I’ve read the book, some of you may have not. So I’m not going to spoil anything and I ask that you don’t, either. Talking about things that happened in the episode is cool, of course.]

Camille Preaker (Amy Adams), an underachieving reporter at the St. Louis Chronicle, is assigned by her editor to return to her home town and cover an ominous set of circumstances. Two young teenage girls have gone missing. One has been found dead and the other is still lost. It appears that little Wind Gap has the beginnings of a serial crime. 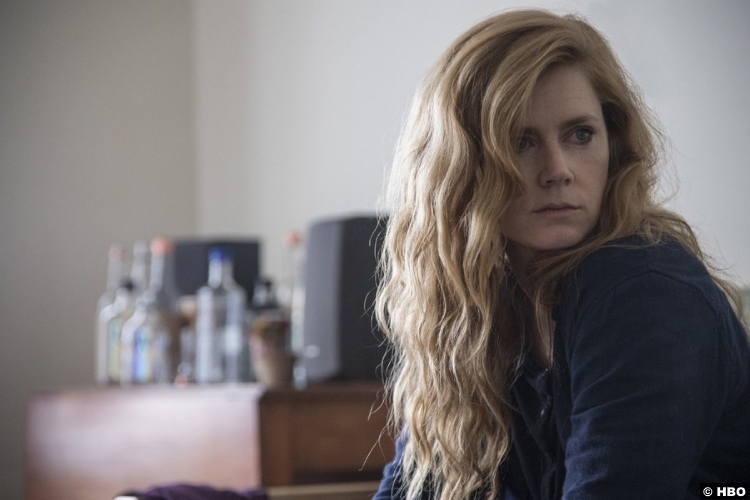 And it’s not that Camille couldn’t care less, but one look at her face and you can tell she doesn’t want to go back. It ain’t Manderley, but she still dreams about it. Although we see plenty of flashbacks of her youth (young Camille is played by Sophia Lillis), it’s hard to tell exactly why she’s so reticent about returning. That is, until we meet her mama.

But let’s put that off for the moment like Camille would. Although her editor Frank (Miguel Sandoval) alludes to a need to “get back on [her] feet,” she’s really not a bad reporter when she works at it. And she’s going to have to work at it, because covering this case seems a lot like chipping at brick walls. The local police chief, Vickery (Matt Craven), has to be sweet-talked into giving her the barest amount of information and her other interviews don’t go much better. Then it’s time to go home, a place where you famously can always go again. Unless your mother is Adora Crellin (Patricia Clarkson). 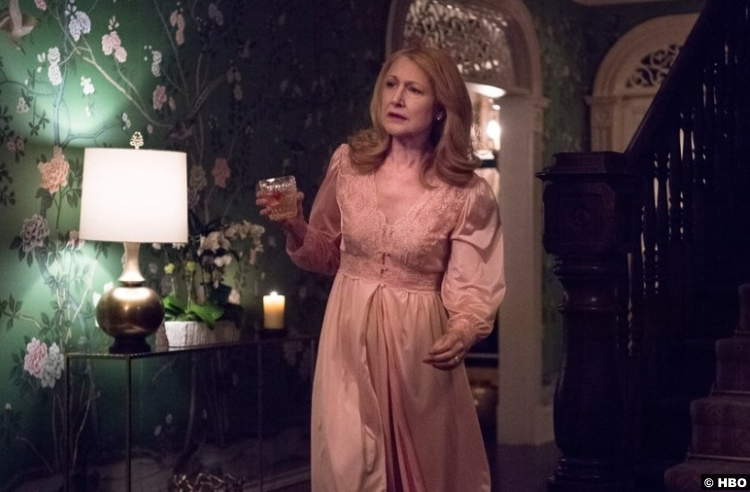 Something seems off with Adora and second husband Alan (Henry Czerny). If I were trying to be poetic, I’d say they moved through the world as if in a dream-state. If I were just being me, I’d say they’re both doped to the gills. Seeing her daughter turn on her door step looking for short-term lodging, Adora responds, “I just wish you’d phoned.” She doesn’t want to hear anything about Camille’s dreadful assignment and repeatedly insists that anything Camille does is a reflection of Adora in the townspeople’s eyes. In case it’s not coming through loud and clear, Adora adores herself. Her daughters are second thoughts.

There was once another daughter, Marian (Lulu Wilson), who died young. Now there is another young daughter, Camille’s half-sister Amma (Eliza Scanlen). When we meet her in town, she’s a teen terror, the queen bee of her clique, who smokes and roller-skates around town because time turns slowly here. At home, before she confesses to Camille that she’s, like Adora describes Camille, “incorrigible,” she’s sweetly dressed in a lemon-print sundress and showing off her dollhouse, a replica of the Crellin home. Again, in case it’s not clear, Amma is more of a doll to Adora than a real person. 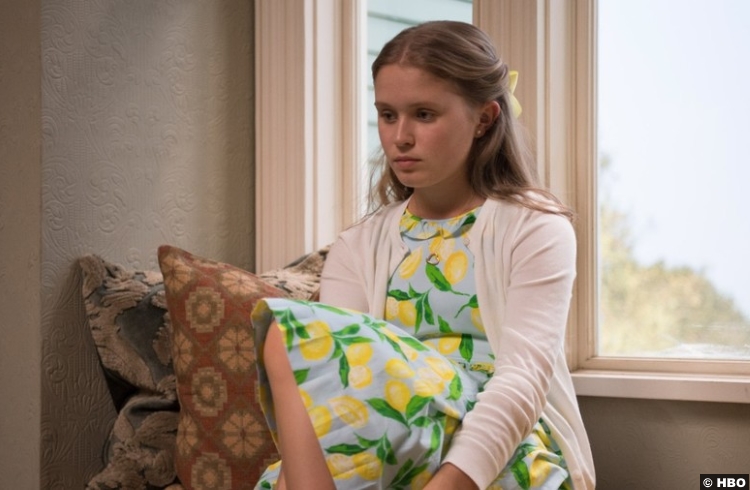 Real people, after all, can get hurt. And nothing hammers that in harder than when the second missing girl’s body is found. Camille is actually one of the first people on the scene–the body is discovered across the street from where she’s talking to Amma and her friends–so she’s questioned by the police. Specifically, she’s questioned by visiting detective Richard (Chris Messina), with whom she will almost certainly begin an ill-advised relationship.

She doesn’t really have much to offer, though. She didn’t see anything before the body was found. But this is one of the few times in the series, probably, when she won’t be holding back. Wind Gap might be a small town, but it leaves scars. And in Camille’s case, it’s left them all over her body. Her particular form of self-harm is to carve words onto herself, and we see as she relaxes in the tub that she’s a road map of curses and incantations. Most of them remain out of focus for now, though, as we center in on “VANISH.”

7/10 – A lot of this first episode will seem familiar to viewers. Many of the episode’s tropes are well-worn conventions of Southern Gothic art.* And this episode moves a little slow, possibly too slow for some viewers. It’s establishing the atmosphere, though, and this town has a lot of that. The seemingly quaint small town with something rotten at the heart of it is not exactly reinventing the wheel, but for some of us, it’s still an interesting ride every time.

*On that note, I’ve seen a number of pieces about the show talk about Southernness in some fashion–referring to Adora as a Southern belle, f’rinstance. I am here as the world’s loudest expert on the South to say firmly that Missouri is not the South. Thank you for attending my TED talk.