Electric Dreams S01E02: Impossible Planet – In which a beautiful lie is chosen over the ugly truth

Impossible Planet is an episode that may be just as important as the pilot, and that goes double for anthologies. With last week’s The Hood Maker enjoying a warm critical reaction, including praise from yours truly, Electric Dreams has passed the first test: getting people interested. The second test is even trickier: keeping people interested. There is more pressure in achieving this than a traditional serialised show. Think of the strong starts to both seasons of Preacher: great pilots, with second episodes that keep the tone, dial down the insanity, and dial up the story. These strong starts guaranteed Preacher had viewers till the end of each season. With an anthology show the task is much different. Instead of continuing one story the creators have to come up with something that is as good or better than the first episode, with a different tone, style, and story, to show off the variation of experiences that the show can give the audience. So, does Impossible Planet achieve this? Only just.

As I was watching Impossible Planet I was hooked, for about three quarters of it. Adapted by David Far (The Night Manager), who wrote and directed this episode, from Dick’s “The Impossible Planet, the plot of both is fairly similar. Two tourism employees on a space station resort are given a tremendous amount of money to take an old deaf woman, and her creepy robot, to Earth. The only problem is that Earth has been lost for a long, long time. Instead the employees, Ed, played by Benedict Wong (Dr Strange), and Brian, played by Jack Reynor (Transformers: Age of Extinction) decide to con the old woman by taking her to a planet that is similar to Earth. The reason for the journey? Well, the old woman, Irma, played by Geraldine Chaplin, wants top experience the most treasured memory of her grandparents: swimming in a waterfall somewhere in Carolina. Oh, and did I mention that Irma is over 300 years old? 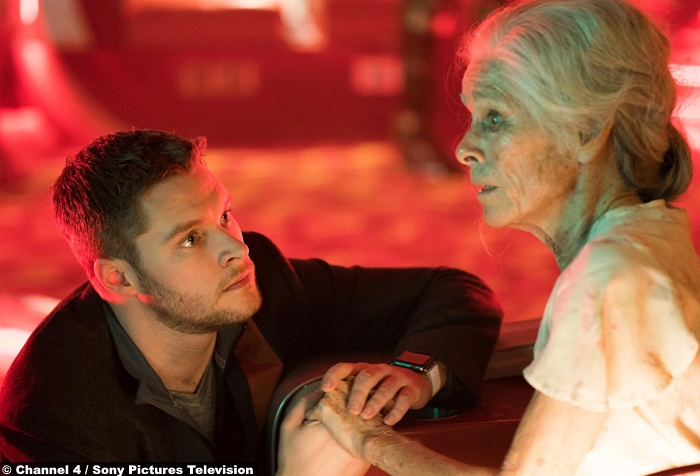 What follows is a not completely successful meditation on death, fate, responsibility, and whether harsh reality should get in the way of the truth you believe. In comparison to The Hood Maker, which was more of a revolutionary buddy cop love story, Impossible Planet plays more like the philosophical science fiction of Andrei Tarkovsky’s Solaris; except it’s a third of the length and less skilled at making its point.

The episode starts off well, as we are given insight to the lives of Brian and Ed. Working for the galactic tourism company, Astral Dreams, the duo is in charge of certain packaged tours and holidays across space. Remember travel agents? You know, that place you went to pick your holiday before you booked everything online? Well, it’s like that, but in space. People from all over the galaxy can pay to see fantastical feats of wonder in the cosmos, and when the conditions make it hard to see, don’t worry Brian has a filter. 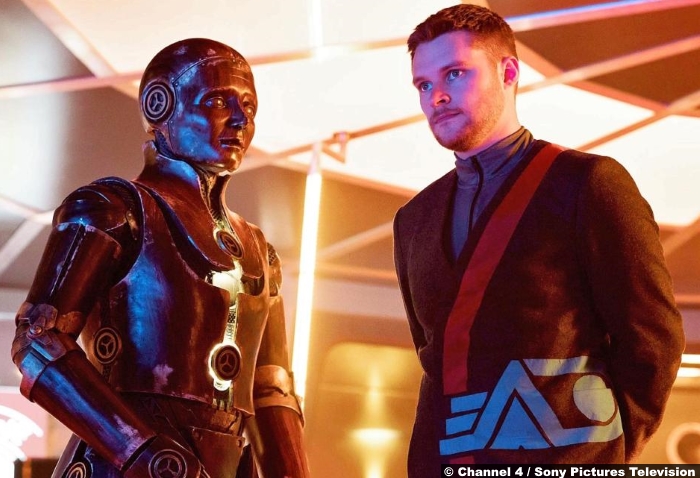 One of the things I’ve always loved about Philip K Dick’s work is that most of his lead characters are working joes. Yes, some of them may be cops that specifically kill robots, or arrest you before you commit a crime, but a lot of the time Dick’s protagonists are like you or me. They have a job, one that may not be their dream job but it will do, and they dream of earning bigger successes. Some of these characters may have a partner who thinks they should be further along the path to these success (Brian’s girlfriend was the weakest part of the episode and is unfortunately a character that is prevalent in Dick’s work), some don’t. Brian, who is further proof that the further Reynor gets away from Transformers the better actor he is, ticks all of those boxes. At heart he is a good person, unlike Ed who is introduced watching topless dancing while having a snack, who has a girlfriend that he loves and a career path that is firmly set. Enter Irma with her weird request, along with an instant, unspoken connection with Brian, and the failure to achieve his promotion, and Brian is given the circumstances in which he chooses to ignore his moral code. What follows is a beautifully shot journey to Earth, or what Irma is told is Earth, a fantastically designed set, solid performances, and a plot that falls over just before reaching the finishing line.

The problem is the connection between Irma and Brian. Reynor and Chaplin have great chemistry, which certainly elevates the material and hits those all-important feels, but this connection is never explained. Usually I would be cool with that, love me some of that old ambiguity, but Impossible Planet kind of lost itself in the spaces between the spaces nonsense that a lot of philosophical science fiction falls under. Having deep themes and a beautiful aesthetic doesn’t stand in for narrative logic. Which is a real shame as before the ending Impossible Planet was compelling stuff. Less action packed and tropey than The Hood Maker, the characterisation, especially between Brian and Irma was given space to breathe, making it easier to buy into that connection, but still wondering how it works.

7/10 – As much as I’ve complained about the ending, I still think that Impossible Planet is a good episode. While there are aspects that make it weaker than The Hood Maker, it’s a stronger episode because it better displays the ambition of the Electric Dreams. Next time though, I will need the truth, because unlike the tourists at the beginning, or poor Irma, I could spot the filter.