Project Blue Book S01E02 Review: The Flatwoods Monster – And just like that, all my synapses light up!

In the fall of 1952, in the tiny town of Flatwoods, West Virginia, a group of people had a close encounter. After seeing a light streaking across the sky, they followed the trajectory to its probable landing spot. That’s where they saw a pulsing red light. And something else.

Although the descriptions varied slightly, they all seemed to agree that the figure they saw had a funny-shaped head. Round, maybe, or like “the ace of spades.” Unsurprisingly, things got a little more exciting in Flatwoods after that.

This week’s episode of Project Blue Book is inspired by this incident, although the show alters a few details for clarity. Like, on the show, it’s a woman, Sara (Brooke Smith), and her children who experienced the event. And that after her neighbors found no trace of a *checks notes* 10-foot alien, they turned on her for creating a panic. As Hynek and Quinn arrive at Sara’s house, the locals have parked their newly-formed militia outside. And it seems like Quinn starts tension with them for absolutely no reason, because he could park literally right there and just walk to her house. 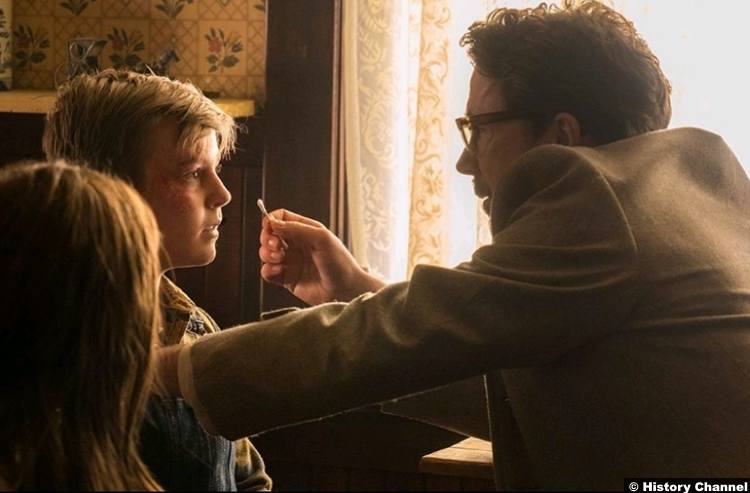 Whatever. I’m sure that won’t cause any problems later. Anyway, when they speak to Sara, it certainly seems as if her family has been through an ordeal. Having sustained some kind of facial burns and having light sensitivity, the children are huddled in the basement.

After talking to Sara, Hynek and Quinn visit the crash site. Something clearly came down, as a large swath of the forest is scorched. After some hunting, Hynek finds the source of all the fuss. It’s a meteor, which explains the high Geiger counter readings and the choking gas and the light anomalies. Of course, that doesn’t explain the monster.

Unfortunately, before they can get to that, the story hits the papers and the mob reconvenes outside Sara’s. Hynek finds her inside, perched on a rocking chair with a shotgun. (With this and the later animal stuff, this has to be a Night of the Hunter reference, right?) Quinn gets control of the mob and my earlier instincts were correct. It seems as if he were just stirring them up so he’d have a reason to get in a fight later. As we learn earlier in the episode that he’s a vet, presumably of WWII at least, it seems like he’s got some suppressed issues that are going to keep bubbling up. Good thing men loved to talk about their feelings in the 50s. 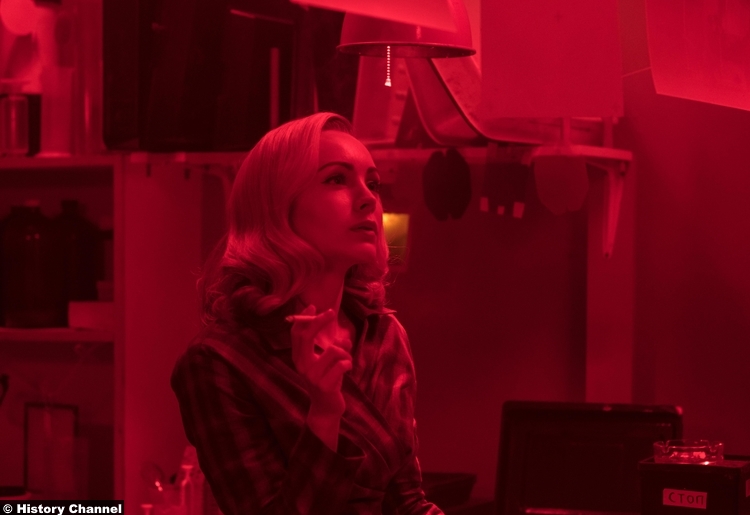 Of course, he’s not the only one with issues. To that end, he and Hynek visit another witness to the event. Unfortunately for Sara’s credibility, this witness, Evelyn (Mary Black), is in a mental hospital. She’s certain of what she saw and oh, by the way, these men aren’t the first to visit her about it. There were also the “men in hats.” Of course, Hynek’s thoughts go immediately to the mysterious fellow from the last episode.

But before he can dwell on that, he has a sudden spark of inspiration regarding the monster. Taking a dead rabbit out to the crash site, he’s able to lure in a horned owl. Perched on a misshapen tree, it looks a lot like the silhouette of the monster. Welp, case solved–let’s go home!

They hold an impromptu press conference to explain away everything that happened. I don’t really know why Sara and the kids had to be there–it seems unnecessarily embarrassing. But it’s over–Sara and the kids made an honest mistake and we can put it behind us. Then Hynek sees another a man in a hat, who drives off before he can make contact. (Yes, I too am humming the “Men in Black” theme song.)

So they stop off to visit Evelyn before heading home. And I gotta say, their interactions with her would be a lot less suspicious if the hat man had not hurled her from the window right as Quinn and Hynek were bickering on the steps outside. But we all do our work our own ways. 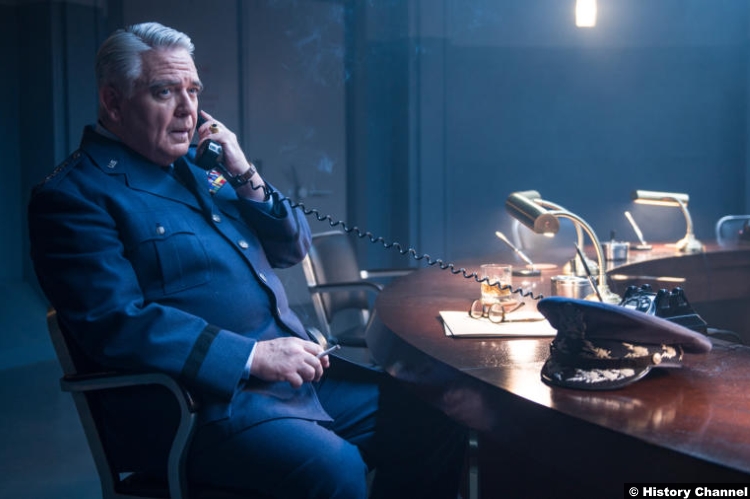 Quinn takes Hynek back to headquarters, where he gets to meet the generals. They think he’ll work out just fine, as long he stops asking those pesky questions. He’s a scientist, but okay. Meanwhile, Susie has put the full-court press on Mimi, getting her out of the house so another spy can plant a bug in the Hyneks’ home. This storyline is a little weird–why is Susie apparently going the seduction route?–but it’s worth it for the scene where Mimi FREAKS OUT after seeing two men kissing in a beatnik bar. Oh, my stars!

Anyway, the generals brush off Hynek’s question about the larger item removed from the crash site, but that’s just an excuse for us to follow them to a government facility where it’s being held. If it’s the same thing, it’s just a big chunk o’ meteor. Big deal. But maybe they found something else. Because they have something else. It’s covered in a tarp, but it’s the unmistakable shape of a flying saucer. And just like that, all my synapses light up.

8/10 – Some of the dialogue is still a bit cringey and I’m not finding the Russian storyline that compelling, but the interaction between Quinn and Hynek is still fun. It’s also interesting watching Hynek come to his conclusions–that impression he did of an injured rabbit was a particular treat. The other mysteries they’re setting up–Who’s that fella in the hat and why did he defenestrate Evelyn? Is that a UFO in there?!–are also worth the watch.