In which hustlers, liars, and cheats are the ones that hear your prayers

If anything in TV land that can sum up the power of belief its American Gods. Neil Gaiman’s multiple award-wining novel has been on the adaptation pile from the moment it was first published in 2001, with its epic tale of old gods versus new gods told through the travels of ex con Shadow Moon being the stuff that fantasy dreams are made of. After 16 years, and an HBO adaptation that hit the skids a few years ago, Starz, along with writers Bryan Fuller, and Michael Green have finally brought this celestial tale to the small screen. 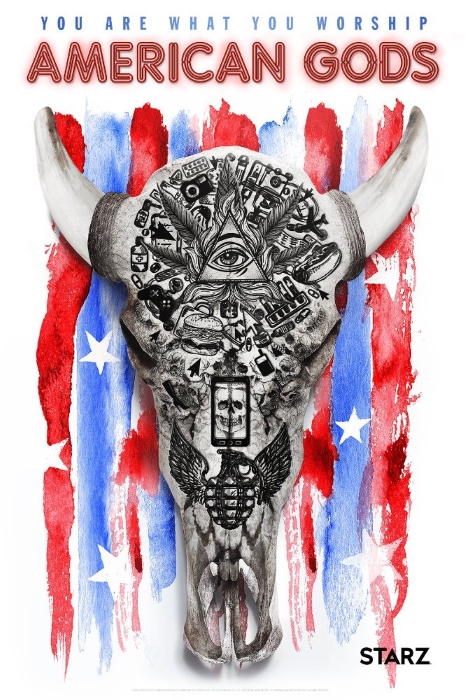 What’s most striking about American Gods first episode, The Bone Orchard, is how faithful this adaptation is. Shadow Moon, played by the impressive Rickie Whittle, is an ex con released from prison early due to the death of his wife. On his way to her funeral he repeatedly runs into Mr Wednesday (Ian McShane) who seems to know more than he should about Shadow, and offers him a vague job to be “his man”. Shadow refuses many times, with his journey back to his dead wife getting stranger and stranger, as he finally gives in to Wednesday and agrees to work with him. 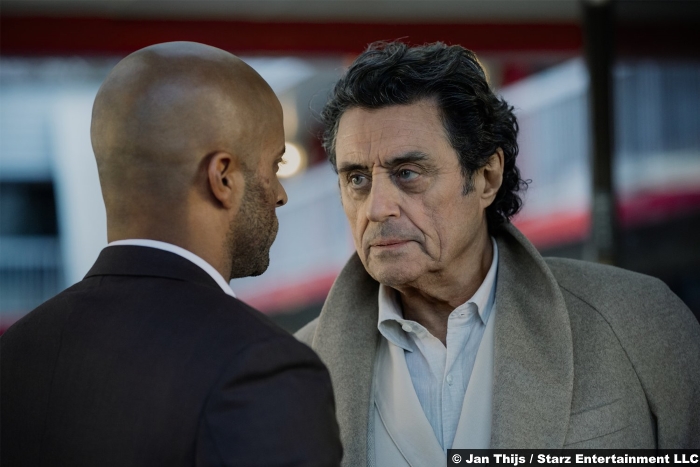 Yes, there are little additions, slight updates, and some narrative streamlining, but this episode is basically a reproduction of the novels early chapters. Some adaptations, Zack Snyder’s Watchmen is a popular example, can be so faithful to the source material that they end up losing the opportunity to create their own distinct identity, something that American Gods avoids with ease. As a fan of the novel, I have no problem with this amount of reverence since it’s supplemented by the singular style of everyone involved.

Which brings me to the Hannibal connection. American Gods shares four crucial similarities with Hannibal: its writer/creator Bryan Fuller, David Slade who directed both this episode and Hannibal’s pilot, and Brian Rittzel, who was responsible for the score. Bryan Fuller has made a career with these types of projects, hyper stylised forays into internal and external beliefs delivered in a fantastical way. David Slade is the director that helps him do that. The fourth similarity is one of content. The central relationship of American Gods is oddly reminiscent of that of Hannibal and Will Graham. The details may be different, but both are a tale of broken men who are taken under the wing of shady new acquaintances that have darker ulterior motives. 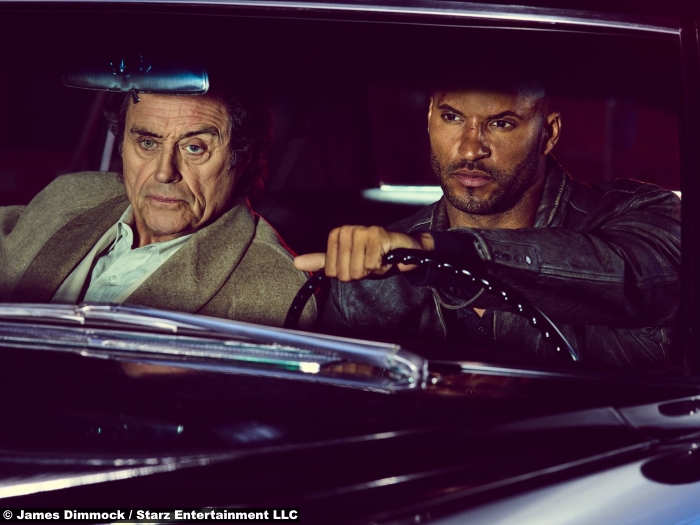 Let’s not forget Michael Green’s contribution as co-writer and showrunner. While Green doesn’t have the same pedigree on the small screen as Fuller he is uniquely qualified to tell this kind of story thanks to his work on Logan. After all what is Logan but a run-down god-like figure fuelled by the faith of better people than himself that he can be a hero?

The Bone Orchard is an episode about the power of seduction which makes sense since that is the point of a pilot. The first episode of a television show is designed to seduce the viewer, to show him/her tricks they have never seen, float the promise of greater entertainments to come, basically trying to be the best you’ve ever had. All of this is prevalent in the episode: Wednesday promises Shadow a mountain of benefits, not limited to being king of America, in order to work for him, the Viking at the start go through many horrible sacrifices in order for Odin to send the wind to their be-calmed boat, and Bilquis seduces and consumes men so they can worship her. It’s like Shadow’s, and Mad Sweeny’s coin tricks, seduction is about inspiring awe to hide your own motives. It distracts us from asking questions like why Wednesday would need Shadow in the first place, or why is Shadow drinking mead in order to seal the deal? It’s significant in that it suggests the strangeness of what’s going on, but Slade’s camera distracts us from it with Mad Sweeny’s coin tricks and his multipole dart throws despite the fact that he only has three darts and doesn’t once remove them from the board. 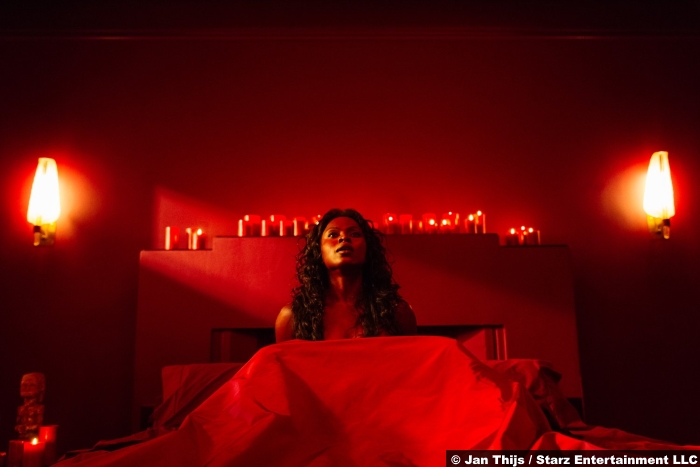 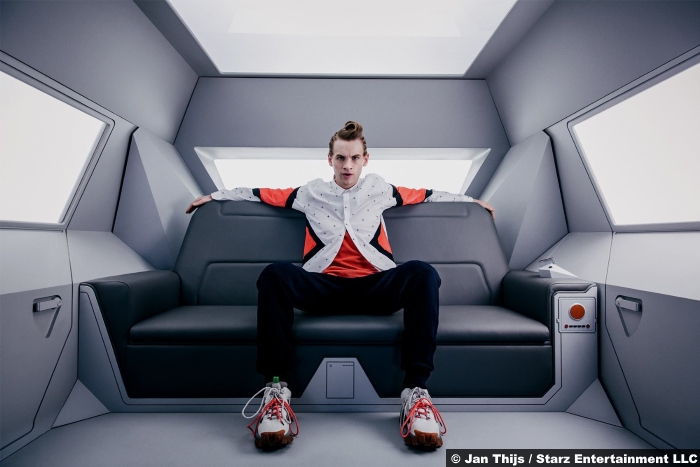 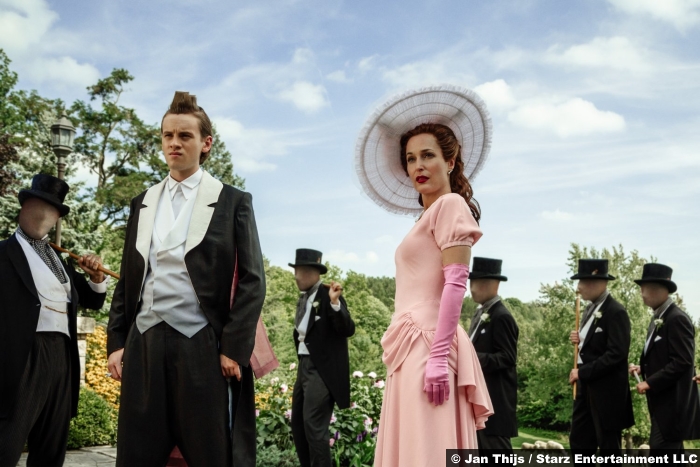 This is an intensely weird show, with lots of stylistic flourishes that threaten to overwhelm at any point, but like Gaiman’s novel, the characters, and in this case the performances help anchor us. Whittle is perfect as a more emotive Shadow than the book, and McShane is sublime as Mr Wednesday, playing up the con man aspect by pummelling us with information laced with roguish charm. The highlight though is Pablo Schreiber as Mad Sweeny the too tall leprechaun that laughs in the face of stereotypes. Schreiber cuts a much more charming, and threatening figure than his counterpart in the novel, with the promise of a bigger role in the show, his introduction is the best of the episode. Special mention for Betty Gilpin as Audrey who spectacularly portrayed a woman whose life has been shattered by the death and betrayal of the two people she loved the most, with all of the anger, sadness and contradictions that bridge those emotions coming through in a handful of scenes.

So, has American Gods seduced you? Has the perplexing images of a talking Buffalo with fire coming out of its eyes left you wanting more? It’s certainly worked for me, I’m seduced, I believe it’s easier to just pick coins out of the air.

9/10 – An ambitious, accomplished premiere that set up the requisite mysteries but also enjoyed the overall weirdness of the world of American Gods. It’s definitely a world worth exploring.