The Alienist S01E01 Review: The Boy on the Bridge – Room for another serial killer?

TNT already has a slate of their own dramas–mostly procedurals–but they take a further step toward prestige TV with their new limited series, The Alienist. Based on the 1994 novel by Caleb Carr, The Alienist is about a somewhat unlikely trio teaming up to solve a series of murders in fin de siècle New York City. Also, Teddy Roosevelt is there. 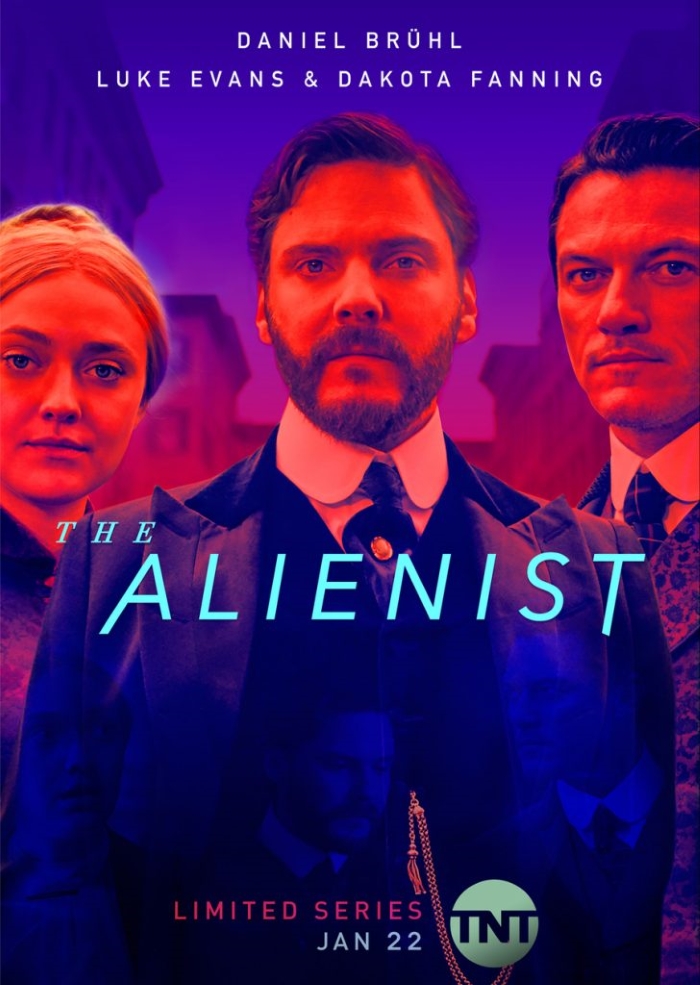 The trio comprises newspaper illustrator John Moore (Luke Evans), police secretary Sara Howard (Dakota Fanning), and the titular alienist, Dr. Laszlo Kreizler (Daniel Brühl). In case you’re not terribly well-versed in 19th century medical history, an alienist is what we used to call psychologists. If Kreizler were modern, he’d be basically the equivalent of a forensic psychologist. If you’re thinking that it sounds like, as a friend of mine put it, “Mindhunter in the 19th century,” you’re not that far off.

This season premiere sets up the story, in which our trio learn about the murder of a juvenile sex worker. Yes, I should mention before we go further that they’re hunting a killer of children. As such, there are some images that some viewers will find disturbing.

The body is discovered when a police officer stumbles upon a single, small severed hand lying in the snow. As he’s contemplating this, a drop of blood hits his face. As the episode title indicates, it’s coming from the boy on the bridge.

Dr. Kreizler is alerted to the murder by a late night visit from another street child, who saw the body. From the shaken child’s visit, we know that the boy was wearing a dress and that the body was “all cut up.”

Kreizler won’t be allowed to be visit the scene, so he enlists John Moore, an illustrator for The New York Times, to do so in his stead. Moore bluffs his way onto the bridge by claiming that police commissioner Teddy Roosevelt (Brian Geraghty) has sent for him. His ruse is quickly discovered and they allow him not only to stay, but to sketch the body, which is what Kreizler wants–the sketches.

Ultimately, though, Kreizler finds the sketches wanting, complaining that Moore has depicted the murdered child like a martyred saint instead of providing the cold, hard facts of the case. And what cold and hard facts those are. The boy, Giorgio, has been mutilated in a number of ways that include emasculation.

Moore doesn’t understand Kreizler’s interest in the case, assuming that the doctor is going to be called in to interview the suspect. Oh yeah, they have one. He’s a pitiful man, whose mind (and face) have been ravaged by syphilis, and after speaking to him, Kreizler doesn’t believe he killed Giorgio.

Not that his opinion carries much weight. As an alienist, he’s considered basically not much more impressive than someone who reads tea leaves. Of course, one could understand that point of view when we get a glimpse of the state of mental health care at the time. By that I mean the screaming man at the nervous hospital who’s doused with a bucket of water. 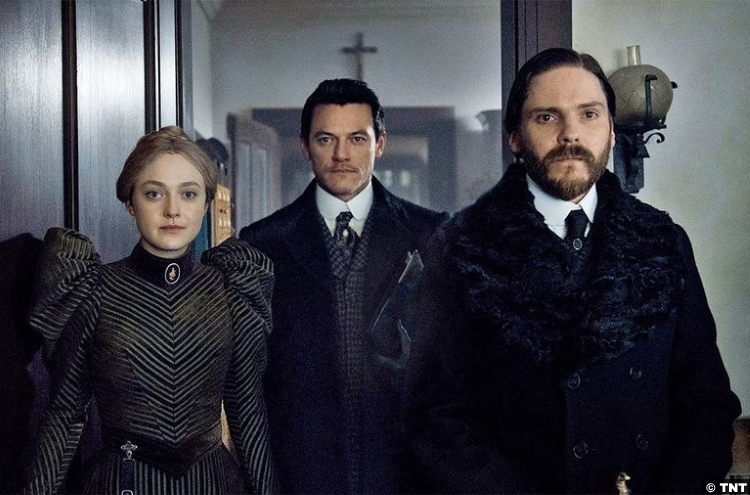 Someone who does take him seriously is Sara Howard, the first woman hired by the New York Police Department, and someone who knows a little something about being underestimated. She doesn’t prove much of a buffer when Kreizler and Moore storm their way into Roosevelt’s office, but she will be useful in other ways.

Specifically, Kreizler would like a file regarding the murders of the Zweig children, Benjamin and Sofia. Benjamin was a patient of Dr. Kreizler, sent to the doctor because he liked wearing his sister’s clothes. When the children disappeared, it was assumed they were runaways until their bodies were found. Sofia’s body was undisturbed, but Benjamin’s had been slit from stern to stem.

It’s not hard to see the connection, but again, we’re visiting an age in which they’re not only unfamiliar with the phrase “serial killer,” but also the concept. In fact, a lot of basic criminology concepts that are old hat to us are new at the time this is set. Like fingerprinting. 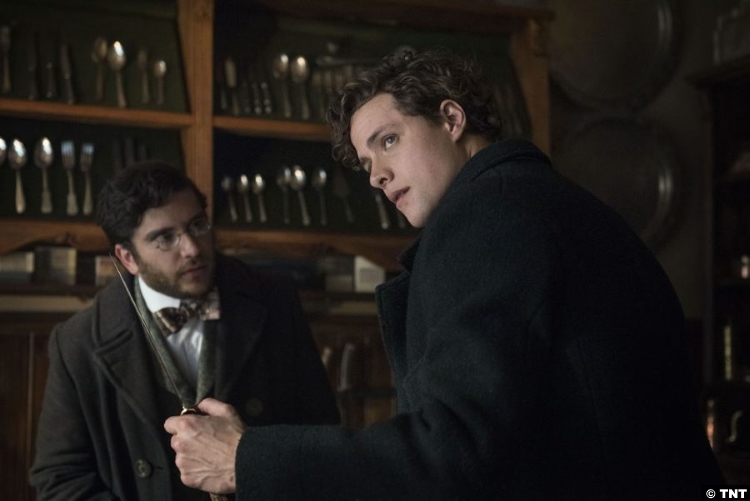 That’s where the Isaacson brothers, Marcus (Douglas Smith) and Lucius (Matthew Shear), come in. They are police criminologists who aren’t as outside as Sara at the department, but are still considered foreign. Of course, being Jewish doesn’t help. Despite the fact that they’re in the very middle of the melting pot, there was a lot of resentment toward people, like immigrants, who were considered intruders. The more things change, etc. On that note, casting native Q’orianka Kilcher (as Mary Palmer, a member of Kreizler’s household staff) is an inspired choice.

The Isaacsons are tasked with examining the body of Benjamin, which Kreizler has had exhumed, much to the sadness of Mrs. Zweig. She blames Kreizler for her son’s death. Perhaps if he hadn’t encouraged them to accept Benjamin, he wouldn’t have been a target for the killer. I’m just speculating on her reasoning here, though–the woman herself is far too consumed with grief to elaborate her feelings. 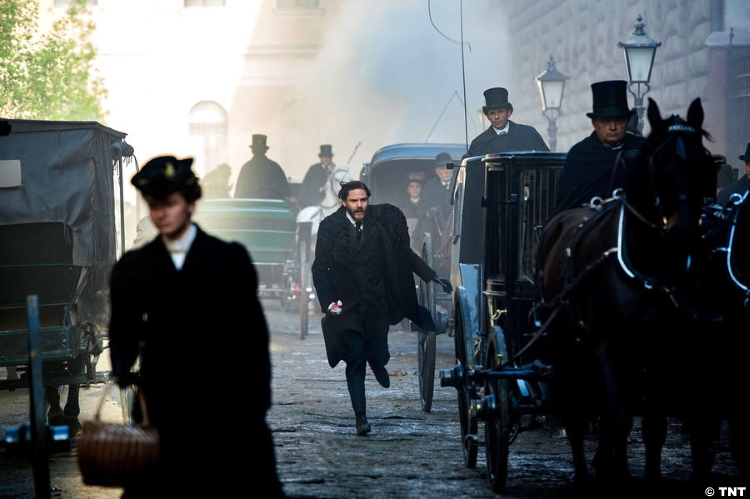 So as the Isaacsons reconstruct the little bones that made up Benjamin’s body, Kreizler returns to his carriage to find a grubby wad of newspaper in the seat. He chases after a mysterious figure in the distance, but loses the mystery man in a seemingly impossible to escape dead end. It’s there, when John catches up with him, that we see what was wrapped up in the paper. It’s a small tongue.

Giorgio can’t speak for himself anymore, so someone else is going to have to.

8/10 – In discussing the story, I had little time to talk about the incredibly lush visuals that accompanied it. There are some staggering shots within the series, starting from the beginning. The Williamsburg Bridge seems sturdy enough today, but the rickety structure Moore climbs is terrifying. The overall effect is of care, as in care has been taken to tell this story, which bodes well for the rest of the series. Some viewers may be tired of serial killer stories, but for those of us who are not, The Alienist is worth a look.